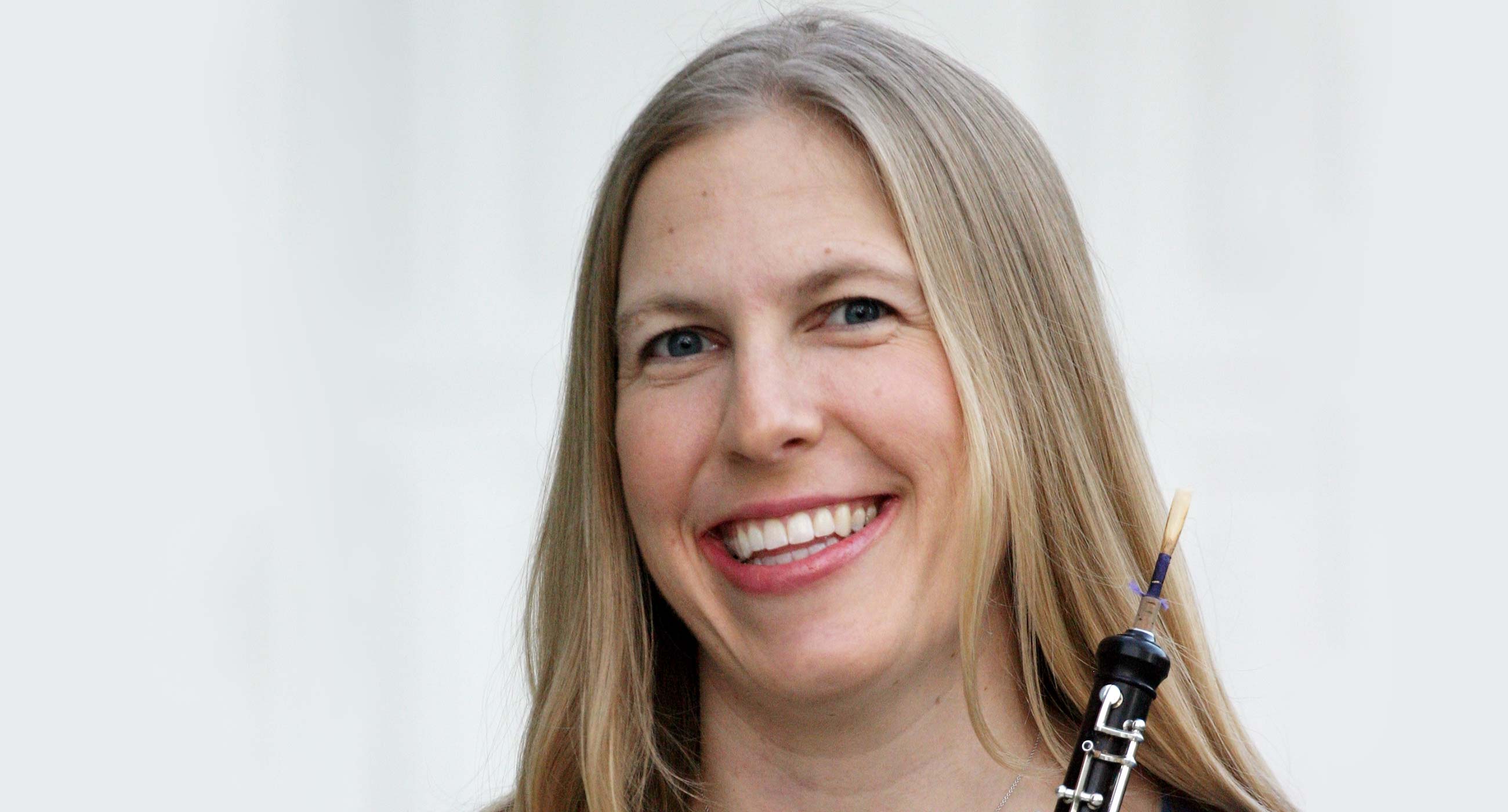 Ms. Spier has been teaching oboe privately for over fifteen years and joined the faculty of the Colburn School’s Community School of Performing Arts in 2006.

Jennifer Spier is an active and versatile freelance oboist in the Los Angeles area. She graduated magna cum laude and Phi Beta Kappa from Pomona College, where she earned a Bachelor of Arts in music and a minor in economics. At Pomona, she was a recipient of both the William F. Russel Prizeand the William G. Blanchard Memorial Prize in music. Ms. Spier completed her Master of Music degree in oboe performance at the University of Southern California, earning the Pi Kappa Lambda Award and a Thornton School of Music Dean’s Scholarship. Her principal oboe instructors have included Allan Vogel, Leslie Reed, Salvatore Spano and Neil Black, and she has had additional training from John Mack, David Weiss and Harry Sargous.

Ms. Spier enjoys performing with a great variety of large and small ensembles. Past engagements have included Pacific Symphony, Santa Barbara Chamber Orchestra, Santa Cecilia Orchestra, Thousand Oaks Philharmonic, Rio Hondo Symphony Orchestra, Calabasas Chamber Orchestra, Antelope Valley Symphony, San Fernando Valley Symphony, Brentwood-Westwood Symphony, and many more. She was a member of the American Youth Symphony for three years, performing with the group at Carnegie Hall, Disney Hall, and the Dorothy Chandler Pavilion. Ms. Spier has participated in several music festivals around the country, including the Music Academy of the West, Norfolk Chamber Music Festival, Henry Mancini Institute, and the International Festival-Institute at Round Top. In the summer of 2007, she joined the Multi-Ethnic Star Orchestra (MESTO) for their concert tour to Jordan where she performed non-Western music in Amman and at the Jerash Festival.

Ms. Spier has been teaching oboe privately for over fifteen years and joined the faculty of the Colburn School’s Community School of Performing Arts in 2006. She has coached woodwind players at various high schools, youth orchestras, and at Arrowbear Music Camp, and has adjudicated at youth orchestra auditions. In addition to her performance and teaching activities, Ms. Spier is also an accomplished oboe repairwoman. She regularly maintains and repairs the instruments of many of Los Angeles’ top orchestral and studio oboists.