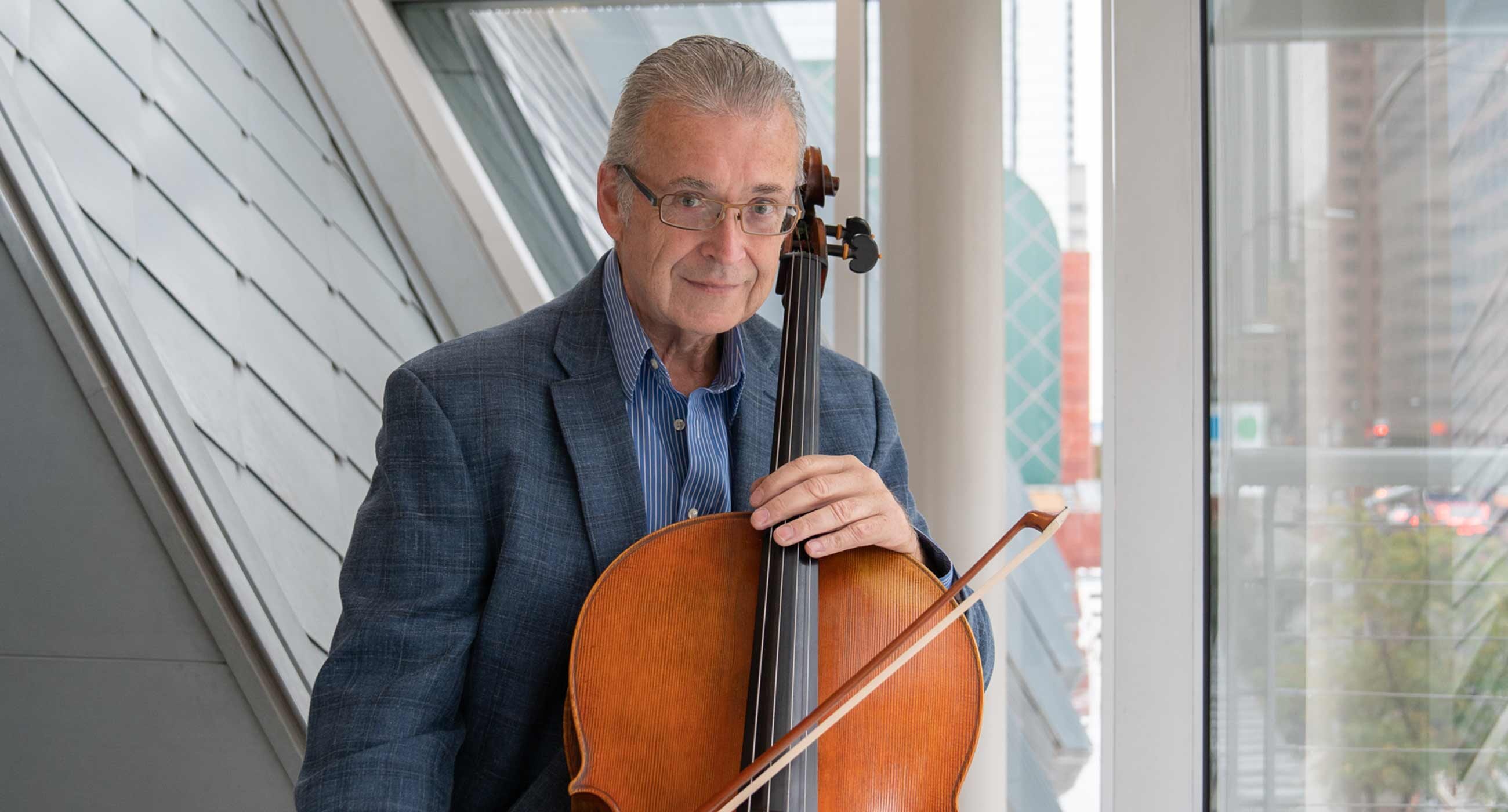 John Walz is a celebrated soloist and chamber music artist, known for his dazzling virtuosity and elegant musicianship.

John Walz is a celebrated soloist and chamber music artist, known for his dazzling virtuosity and elegant musicianship. A student of the legendary French cellist, Pierre Fournier, he has appeared as soloist with more than 300 symphony orchestras on 5 continents. His performances of 25 different concertos include both standard showcases and rarities like Martinu’s Concerto No. 1 and William Schuman’s Song of Orfeus. In addition, he has had the honor of premiering works by many noted composers, including John Williams.

In 1979, Mr. Walz, along with pianist Edith Orloff, founded the Pacific Trio. Now performing with violinist Roger Wilkie, this renowned ensemble has played more than 900 concerts throughout North America and Europe.

In addition to his solo and chamber music duties, he is currently the principal cellist with the Los Angeles Opera, a position he previously held for 20 years with the Long Beach Symphony.

His ever-expanding discography includes recordings of the concertos by Dvořák, Haydn, Shostakovich, Bloch, Martinu and Vivaldi. Pacific Trio recordings include Brahms, Shostakovich, Dvořák, Smetana, Beethoven’s Triple Concerto and Archduke Trio, an all-American CD, and the most recent, Trios of Korngold, Zemlinsky, and Bloch.

He is on the faculty of the Idyllwild Arts Summer Program and Academy, and the Colburn School.