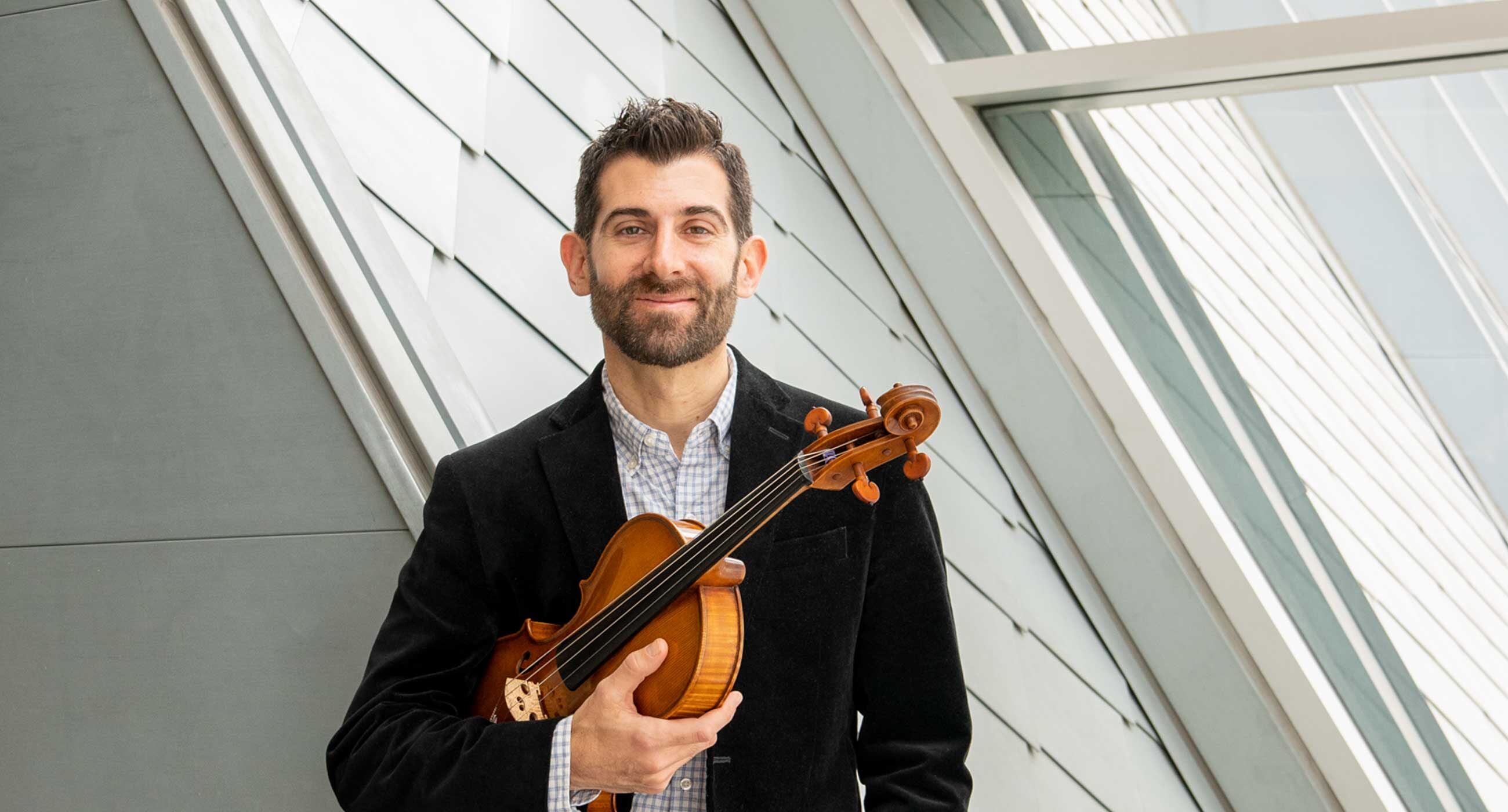 Violist and composer Jonah Sirota is a new breed of multi-talented musician.

Violist and composer Jonah Sirota is a new breed of multi-talented musician. Equally comfortable writing concert music, performing as a soloist and chamber musician, scoring soundtracks for TV and film, and collaborating in improv and new music ensembles, Jonah creates and recreates vivid music for a wide variety of audiences. His debut solo recording STRONG SAD, a 2018 National Sawdust Tracks release, features premiere recordings of new elegies for the viola by Nico Muhly, Paola Prestini, Arthur Joseph McCaffrey, Valgeir Sigurðsson, Robert Sirota, Kurt Knecht, and Jonah himself. Recent compositions include Grounded, an orchestral work written for the Greenwood Music Camp Orchestra and premiered in the summer of 2018, and the viola sonata Flutter Fingers.

Jonah was the violist of the recently-disbanded Chiara String Quartet for all of its 18 years. With the Chiara Quartet, he toured internationally, recorded seven albums, and played in numerous major venues worldwide. The Chiara Quartet performed much of the string quartet repertoire from memory (‘By Heart’), including the complete string quartets of Béla Bartók, a recording of which was released in 2016 on Azica Records. The group was honored with a Grammy nomination (2011, Best Contemporary Classical Composition for Jefferson Friedman’s Third String Quartet on the New Amsterdam label), the ASCAP/CMA Adventurous Programming Award, the Guarneri Quartet Award, top prizes at the Paolo Borciani Competition and the Astral Artistic Services Audition, and a Gold Medal at the Fischoff Competition. Their albums have been featured on NPR and in “Best of the Year” lists from the Boston Globe, The New York Times, and the Wall Street Journal. In the 2015–16 season, the group was in residence at the Metropolitan Museum in New York, a venue to which the group returned for their farewell New York concert in May of 2018. As a concert violist, Jonah performs with pianist Molly Morkoski, with organist Kurt Knecht as the improv duo Mondegreen, and as a member of the revived California String Quartet. He is sought after as a session player and regularly plays with major orchestras.

Jonah is also known as a viola and chamber music pedagogue. He has an ongoing violinist.com blog series on switching from violin to viola. His “practice self-audit” has been used by viola students across the country to empower violists to motivate their own improvement and creativity in the practice room. His Practice Tune-Up for professional and adult amateur violists has given many the chance to reconnect with their own inner passion on the instrument. Mr. Sirota has taught at the Juilliard School, Harvard University, the University of Nebraska-Lincoln Glenn Korff School of Music (where he helped build a world-class chamber music program), and the Greenwood Music Camp, and in master classes and residencies throughout the country. He resides in Los Angeles, CA.