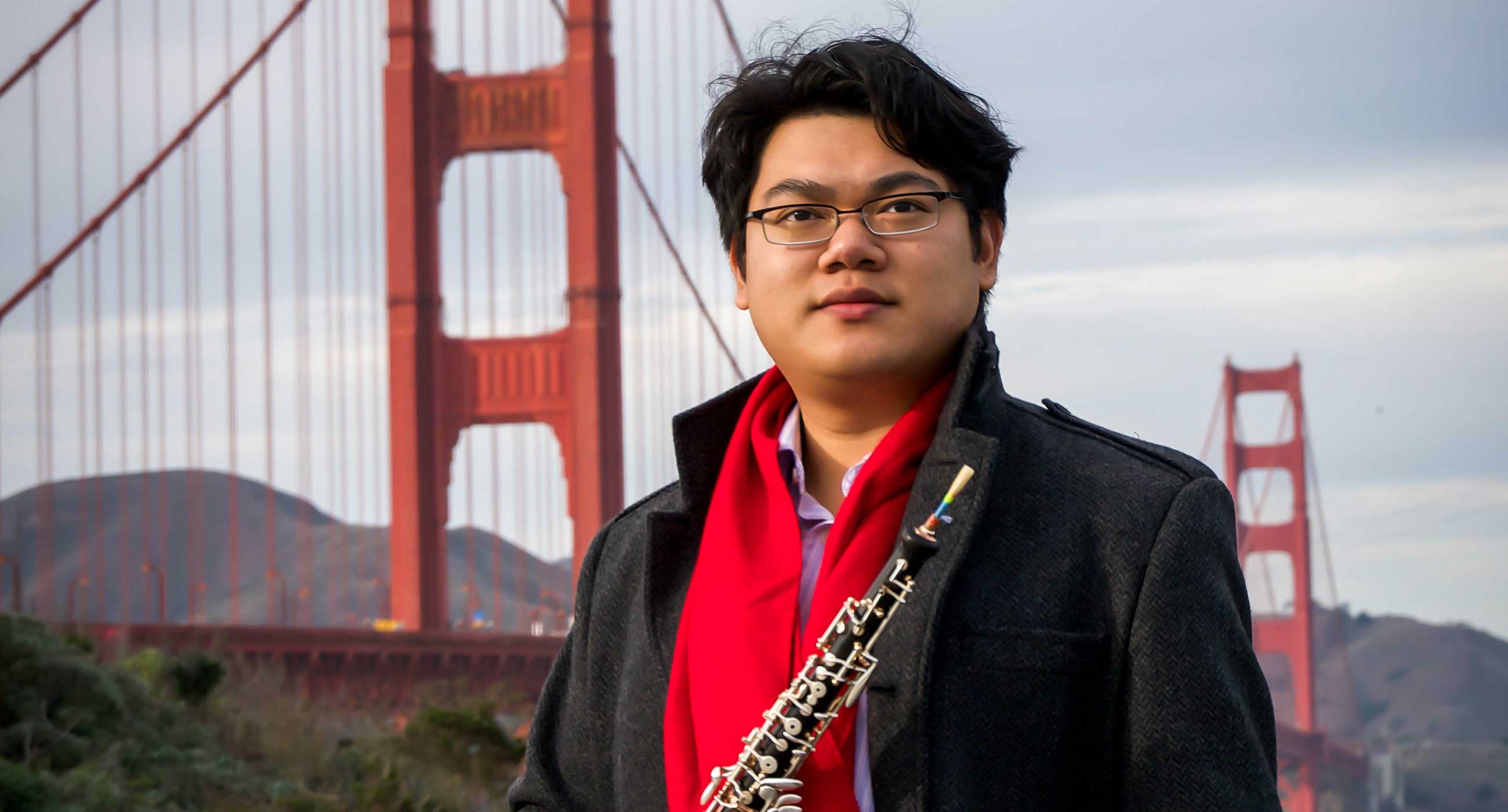 Recognized not only for his outstanding performing skills, Mingjia Liu is gaining considerable recognition as a teacher both in the United States and abroad.

A native of the northern coastal city Qingdao in China, Mingjia Liu was born into a family of art and literature. He studied with Weidong Wei, Professor of Oboe at the Central Conservatory of Music in Beijing and graduated with the highest distinction in 2006. He continued his studies in the United States at the Oberlin Conservatory of Music where he studied with Robert Walters from the Cleveland Orchestra and Alex Klein, Principal Oboist with the Chicago Symphony Orchestra.

In 2009, at the age of 21, Mingjia Liu won the position of Principal Oboe of the Kansas City Symphony Orchestra under the direction of Michael Stern. During that time, he collaborated with such artists as Gil Shaham and Emmanuel Pahud. Liu’s playing drew the attention of critics in Kansas City—the Kansas City Journal of Performing Arts wrote: “Principal Oboist Mingjia Liu displayed especially brilliant and eager playing in his featured melodies…”; and in the Kansas City Star: “Principal Oboist Mingjia Liu was notable for his wonderful solo lines …”. In 2010, Liu left Kansas City to join the San Francisco Opera Orchestra as Principal Oboe, where he is recognized for his charismatic performing skill and “singing ability” on the oboe and has been hailed by critics: “The standout was Principal Oboist, Mingjia Liu, who plays his solos exceptionally well. This however comes as no surprise as Liu’s technique is always clean and flawless in the pit …” (GB Opera Magazine). Nicola Luisotti, Music Director of the San Francisco Opera, characterizes Liu’s playing as “… having his sound come from God.” In addition to playing with San Francisco Opera, Mr. Liu has also appeared as a guest artist with the San Francisco Symphony, Los Angeles Philharmonic, Chicago Symphony, and the China National Symphony Orchestra.

In 2011, Mingjia Liu made a critically acclaimed debut with the Qingdao Symphony Orchestra. On his most recent tour of China, he was lauded as an emerging star of Western classical music. Recognized not only for his outstanding performing skills, Mingjia Liu is gaining considerable recognition as a teacher both in the United States and abroad. In 2013 he was invited by the Central Conservatory of Music to give recitals and master classes at the First Beijing International Oboe Festival. Liu regularly appears as a special guest teacher at his alma mater, the Oberlin Conservatory of Music. Prior to joining the Colburn School as Professor of Oboe, Mr. Liu was on the faculty of the San Francisco Conservatory of Music. In 2018, he was elected as the Vice President of the International Double Reed Society and joined the faculty at the Aspen Music Festival.