Sarah Gibson is a Los Angeles-based composer and pianist who has been called “a serious talent to watch” (Atlanta Journal Constitution).

Sarah Gibson is a Los Angeles-based composer and pianist who has been called “a serious talent to watch” (Atlanta Journal Constitution). Her works have received honors and recognitions including the American Composers Orchestra Underwood New Music Readings, Victor Herbert ASCAP award, and first place in the Percussive Arts Society Composition Contest.

Her Left-hand Piano Concerto was selected as a winner of The University of Southern California’s (USC) New Music for Orchestra competition and was premiered with the composer at the keyboard. She has received commissions from the Los Angeles Chamber Orchestra, Aspen Summer Music Festival and School, LA Signal Lab, the Bennington Chamber Music Conference, HOCKET, and soprano Lindsay Kesselman, among others.

As both a composer and new music pianist, Dr. Gibson stays passionately active in the new music scene performing in some of today’s most exciting venues and festivals. She is co-founder of the new music piano duo, HOCKET, which has been lauded as “brilliant” by the LA Times‘ Mark Swed. HOCKET has played at festivals such as the MATA Festival, Carlsbad New Music Festival, Piano Spheres, Bang on a Can Festival @ MASSMoCA, and the Los Angeles Philharmonic’s Noon to Midnight.

Dr. Gibson holds degrees in Piano and Composition from Indiana University and the University of Southern California, where she is currently a Lecturer in Theory and Analysis. Alongside Artistic Director Andrew Norman, she is the Lead Teaching Artist for the esteemed Nancy and Barry Sanders Los Angeles Philharmonic Composer Fellowship Program.

Assistant Principal viola of the LA Philharmonic, whose students have gone on to hold positions in major orchestras in the US and Europe. View All Faculty 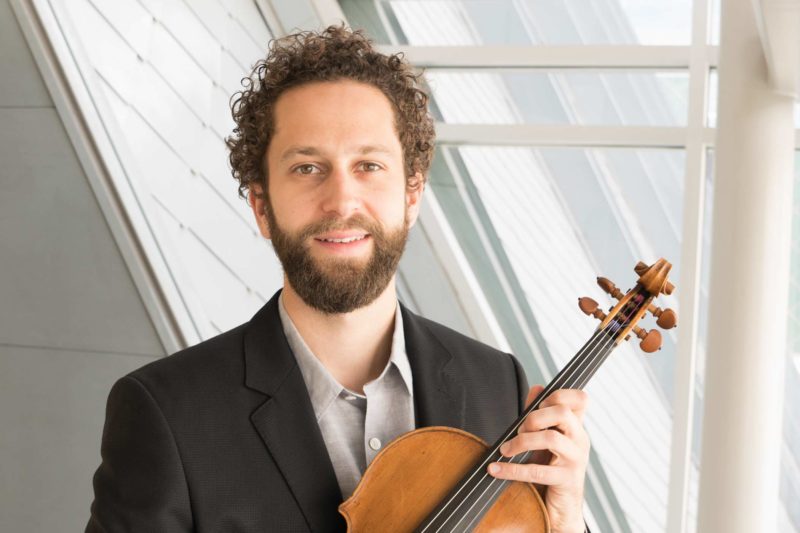