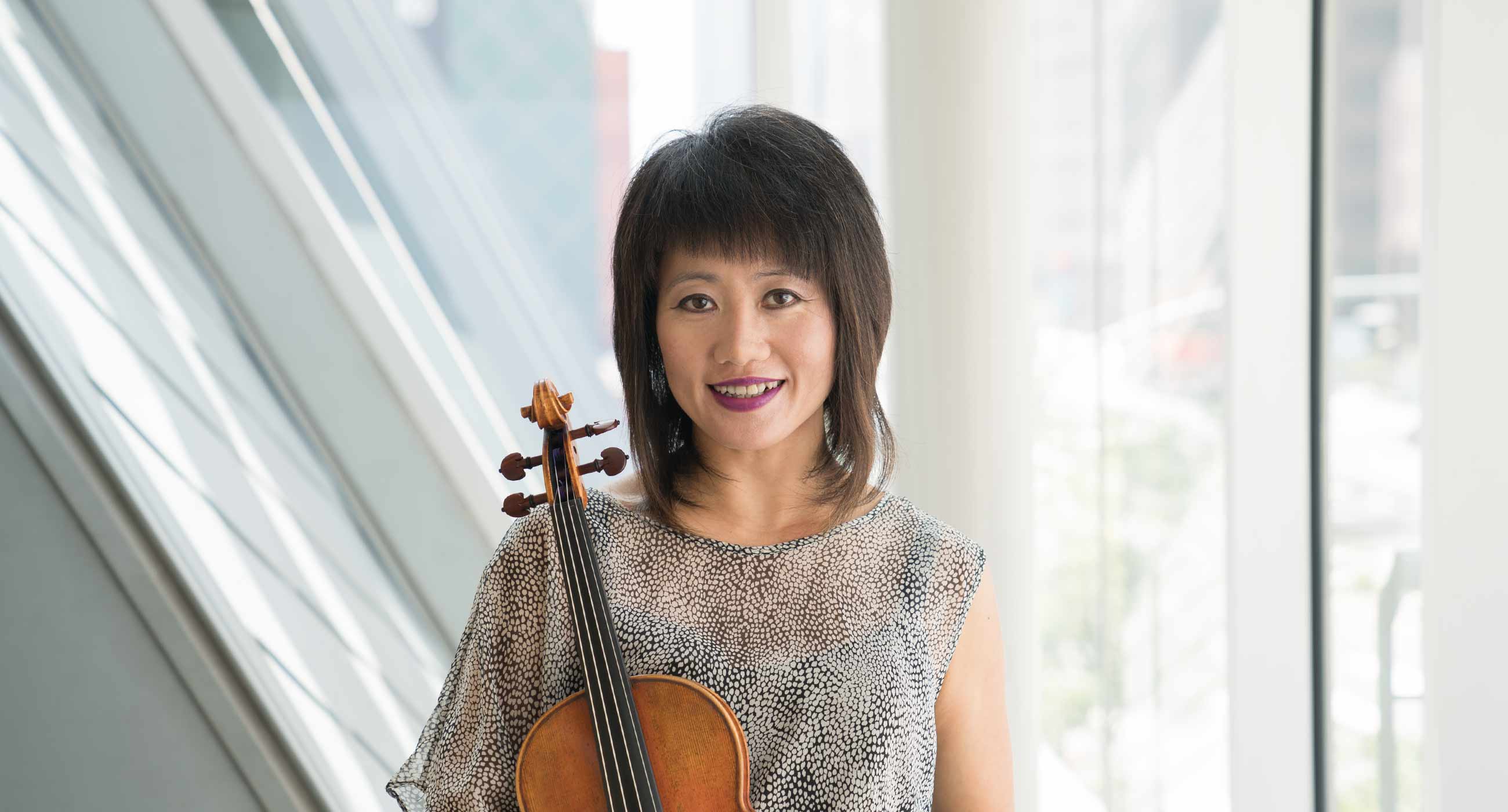 Tina Chang Qu performs regularly as violin solo recitalist, chamber musician, and orchestral musician. She started violin lessons at age seven. By the age of nine, Ms. Qu was accepted to the pre-college division at Central Conservatory of Music in Beijing, where she studied with Professor Wang Zhen Shan. She received a Diploma from the University of Southern California, where she studied with Alice Schoenfeld. Within two months, she won the 23rd Mozart Festival Concerto Competition. Numerous additional wins soon followed. She was accepted to the Curtis Institute of Music in Philadelphia, earning her Bachelor of Music in 2000. While at Curtis, she studied with Felix Galimir, Jaime Laredo, Pamela Frank, and Ida Kavafian. Following Curtis, she attended The Julliard School, earning her Master of Music. While at Juilliard, she studied with Dorothy DeLay and Masao Kawasaki.

As a recitalist, she has performed throughout the US, including Alice Tully Hall in New York. In Hong Kong, she played a recital that was broadcast live. She was invited by the Hong Kong Cultural Presentation Limited to perform in HK City Hall, which was also released on DVD.

As an orchestral musician, she is a member of the LA Opera Orchestra and associate concertmaster of the New West Symphony. She has worked under numerous leading conductors, including Simon Rattle, André Previn, James Levine, Wolfgang Sawallisch, Christoph Eschenbach, David Zinman, and Michael Tilson Thomas. She has been the concertmaster of the Pacific International Music Festival in Japan and the Schleswig-Holstein International Musik Festival in Germany, as well as associate concertmaster of The Juilliard Opera and the Haddonfield Symphony. She is a former member of the Chamber Orchestra of Philadelphia, Hong Kong Philharmonic Orchestra, and Santa Fe Opera Company.

As a chamber musician, she has performed in a variety of chamber music ensembles in Europe, Asia, and the US, including performances collaborated with members of the Prague String Quartet and Vienna String Quartet. As the founding member of the Dragon Quartet, she performed in Hong Kong City Hall, and on Radio TV Hong Kong. She has performed in numerous orchestra engagements, such as Verbier Orchestra in Switzerland, Aspen Chamber Symphony, and the New York String Seminar. She has performed in major concert halls, including Carnegie Hall, Avery Fisher Hall, Musikverein in Vienna, Kitara Hall in Japan and Kimel Performing Arts Center in Philadelphia.

As a teacher, she is on faculty at the Colburn Community School of Performing Arts in Los Angeles, where she coaches chamber ensembles in the Ed and Mari Edelman Chamber Music Institute. She formerly taught at Hong Kong Academy for Performing Arts and Chinese University of Hong Kong. She has given recitals and master classes in the US and China. Her students have won numerous prizes in competitions and scholarships. She has held interviews by Panda Channel TV, KCET in Los Angeles, American Voice Radio, Chinese World Journal, China Star, Beverly Hills News, and Channel Jade in Hong Kong.