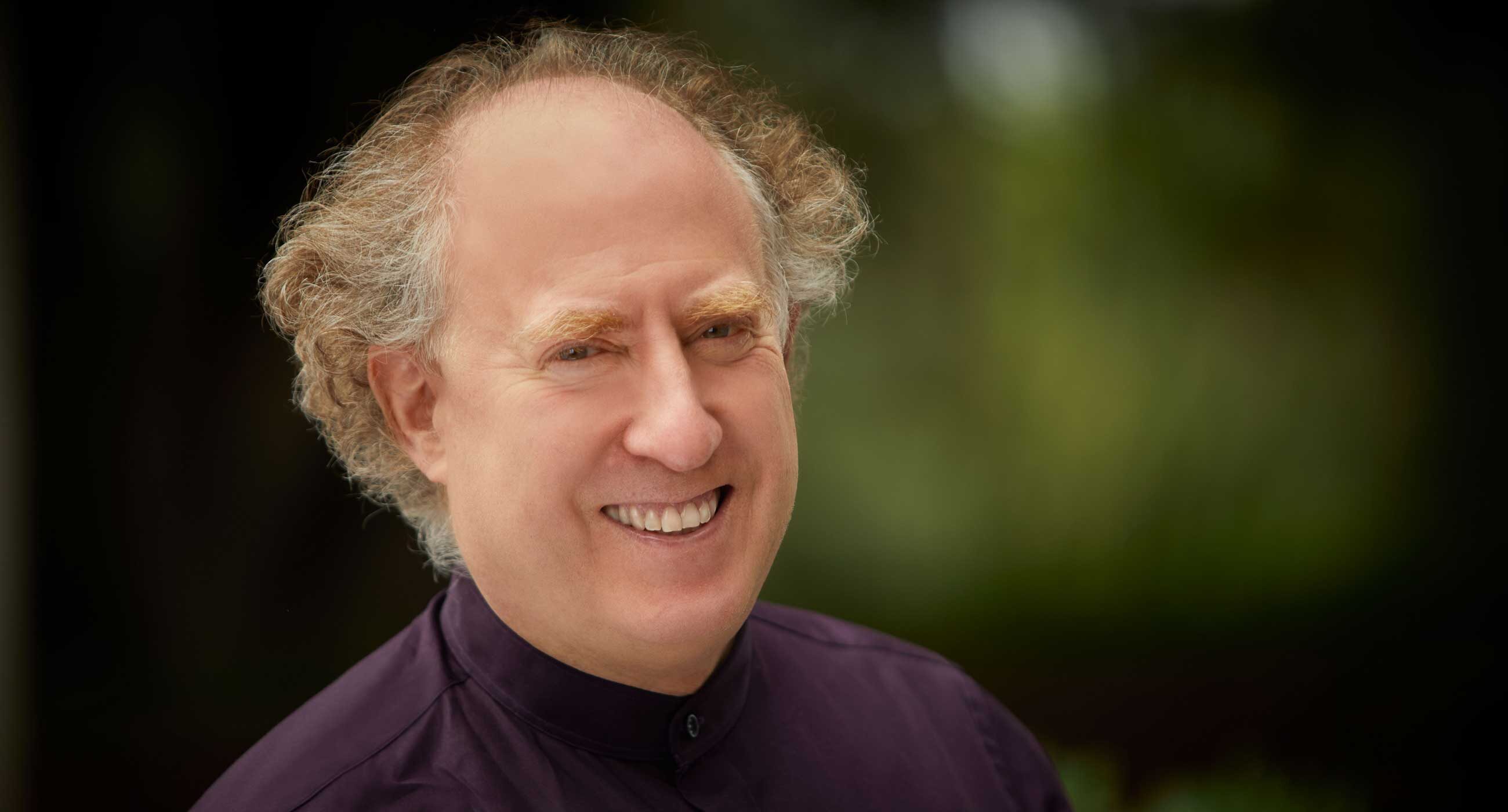 Equally at home at the piano or on the podium, Jeffrey Kahane is recognized around the world for his mastery of a diverse repertoire ranging from Bach and Mozart to the music of our time.

Equally at home at the piano or on the podium, Jeffrey Kahane is recognized around the world for his mastery of a diverse repertoire ranging from Bach and Mozart to the music of our time.

Mr. Kahane has appeared as soloist with major orchestras such as the New York Philharmonic, Cleveland Orchestra, Los Angeles Philharmonic, Philadelphia Orchestra and the Chicago and San Francisco symphonies among many others, and is also a popular artist at all of the major US summer festivals, including Aspen, Blossom, Caramoor, Mostly Mozart and Ravinia. In August 2016, he was appointed Music Director of the Sarasota Music Festival and he is currently also the Artistic Adviser of the Sarasota Orchestra.

Since making his Carnegie Hall debut in 1983, he has given recitals in many of the nation’s major music centers including New York, Chicago, Boston, San Francisco and Los Angeles. A highly respected chamber musician, Mr. Kahane collaborates with many of today’s most important chamber ensembles and was the Artistic Director of the Green Music Center’s Chamberfest during the summers of 2015 and 2016.

Jeffrey Kahane made his conducting debut at the Oregon Bach Festival in 1988. Since then, he has guest conducted many of the major US orchestras including the New York and Los Angeles Philharmonics, Philadelphia and Cleveland Orchestras, Saint Paul Chamber Orchestra, and the Chicago, Detroit, St. Louis, Baltimore, Indianapolis and New World symphonies among others. In May 2017, Mr. Kahane completed his 20th and final season as Music Director of the Los Angeles Chamber Orchestra. He also served as the Music Director of the Colorado Symphony from the 2005/06 season through the 2009/10 season and for ten seasons was Music Director of the Santa Rosa Symphony, where he is now Conductor Laureate. He has received much recognition for his innovative programming and commitment to education and community involvement with all three orchestras and received ASCAP Awards for Adventurous Programming for his work in both Los Angeles and Denver.

During his highly successful tenure with the Los Angeles Chamber Orchestra, he spearheaded the creation of many new initiatives, including Westside Connections, a chamber music series that brings together LACO musicians and guest artists with speakers from a wide range of disciplines; Baroque Conversations, which presents chamber and orchestral music of the 17th and 18th centuries with spoken program notes and audience Q and A; “Discover” concerts, evenings devoted to the exploration of a single work involving an hour long lecture with the orchestra on stage, followed by a complete performance; and Sound Investment, a commissioning club whereby for a modest investment, LACO patrons can participate in the commissioning of a major new work and interact with the composer from the very first stages of its conception to the performance. Between this program and the regular commissioning of new pieces, over 50 works were given their premieres by LACO during Mr. Kahane’s tenure. He is now the orchestra’s Conductor Laureate.

Recent and upcoming engagements include a fifth play/conduct with the New York Philharmonic as well as play/conducts with the Houston, Indianapolis, Vancouver, Milwaukee, Colorado, San Diego, San Antonio and Phoenix symphonies; concerto appearances with the Toronto, Cincinnati, New World, New Jersey, Oregon and Utah symphonies; and appearances at the Aspen, Britt, Oregon Bach and Tippet Rise festivals as well as with the Chicago Symphony at Ravinia and New York’s Mostly Mozart Festival Orchestra. During the 21/22 season, Mr. Kahane will perform the world premiere of a new concerto written for him by his son, Gabriel Kahane, with the Kansas City Symphony. Subsequent performances of the concerto are scheduled with the Oregon Symphony, Los Angeles Chamber Orchestra, Saint Paul Chamber Orchestra, and at the Aspen Music Festival.

Mr. Kahane also recently conducted two productions of Kurt Weill’s operas – the first, a rare fully staged production of Weill’s last Broadway opera, Lost in the Stars, during his final LACO season; and the second, a concert version of The Rise and Fall of the City of Mahagonny with the Hamburg Symphony in May 2018.

Jeffrey Kahane has recorded for the SONY, EMI, Telarc, RCA, Nonesuch, Deutsche Grammophon, Virgin Records, Decca/Argo and Haenssler labels in collaborations with the New World, Cincinnati, Bournemouth, and Oregon Bach Festival symphonies. He has also recorded works by Gershwin and Bernstein with Yo-Yo Ma, the complete works for violin and piano by Schubert with Joseph Swensen, and Bach concertos with LACO and Hilary Hahn.

A native of Los Angeles and a graduate of the San Francisco Conservatory of Music, Mr. Kahane’s early piano studies were with Howard Weisel and Jakob Gimpel. First Prize winner at the 1983 Rubinstein Competition and a finalist at the 1981 Van Cliburn Competition, he was also the recipient of a 1983 Avery Fisher Career Grant. An avid linguist who reads widely in a number of ancient and modern languages, Mr. Kahane received a Master’s Degree in Classics from the University of Colorado at Boulder in 2011. He is currently a Professor of Keyboard Studies at the University of Southern California Thornton School of Music.

Jeffrey Kahane resides in Los Angeles with his wife, Martha, a clinical psychologist in private practice. They have two children – Gabriel, a composer, pianist and singer/songwriter and Annie, a dancer and poet.