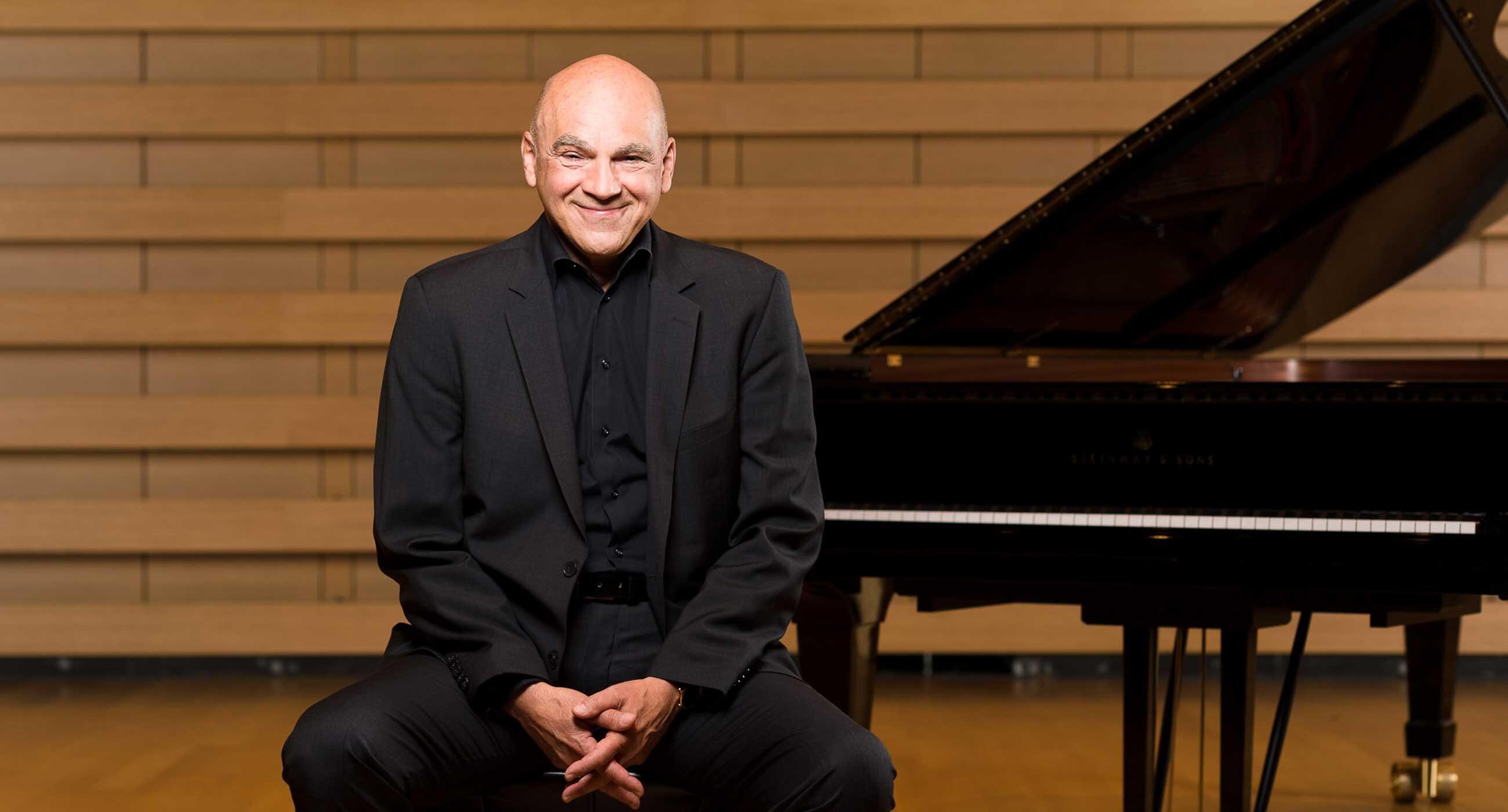 James Anagnoson, Dean of The Royal Conservatory’s Glenn Gould School, is one of Canada’s best-known pianists and pedagogues.

James Anagnoson, Dean of The Royal Conservatory’s Glenn Gould School, is one of Canada’s best-known pianists and pedagogues. He has been on the piano faculty of The GGS since its formation in 1997 and has also taught at the University of Toronto and the University of Western Ontario.

In 1976, James Anagnoson began performing with Canadian pianist Leslie Kinton, and since that time the duo Anagnoson & Kinton have gone on to give “outstanding concerts…with formidable precision and panache” – to quote the New York Times – across Canada, the United States, Europe, and Asia, receiving unanimous acclaim from both audiences and critics.

Anagnoson & Kinton’s numerous recordings are heard regularly on America’s National Public Radio and various European Radio networks and continue to be a mainstay of the Canadian Broadcasting Corporation’s arts programming. Their release of the Schubert f – Fantasy and other classical works on the Opening Day label was chosen by New York’s WQXR as a weekly feature. Reviews of their previous recordings include “…this is a singular performance of great lucidity and power, flawlessly integrated” from Fanfare Magazine and “…performances by both soloists and orchestra are virtuoso and exciting…” from the American Record Review.

In addition to their more than 1000 concert appearances around the world, which have included concerto appearances with Canada’s leading orchestras, the duo has performed for the BBC, Czech National Radio, Hong Kong Radio, Hilversum Radio in Holland, and Radio Suisse Romande. Some recital highlights include appearances in Toronto’s Roy Thomson Hall and the Royal Conservatory’s Koerner Hall, as well as appearances in Poznan, Poland, St Petersburg, Russia, Martinu Hall in Prague, and at the Shanghai International Festival.

Anagnoson and Kinton have commissioned, premiered and recorded many original works for two pianos, piano four hands, and two pianos and orchestra. They also commissioned and gave the Canadian Premiere of Ray Luedeke’s Into the Labyrinth, a work for two pianos and narrator, in collaboration with the internationally renowned actor Colin Fox.

Their interest in the works of Stravinsky led to their performing the North American premiere of Stravinsky’s two piano version of his Dumbarton Oaks Concerto, a work they later recorded on a CD that includes their performances of the Francis Poulenc and Roger Matton two piano concertos. They have also performed Stravinsky’s four hand version of Petrouchka and The Rite of Spring numerous times, both in concert and onstage in collaboration with innovative choreographers of dance companies such as Ballet BC.

Mr Anagnoson has over the years also found time for various chamber music collaborations with colleagues in universities and festivals. Recent performance highlights include Beethoven Cello Sonatas with cellist Tom Wiebe and Schubert’s and Die Schoene Mullerin with Kevin MacMillan at Western University, the Dvorak E Flat + Piano Quartet with members of the Gryphon Trio and various Poulenc Songs with soprano Rosemarie Landry at the Festival of the Sound, and Schuman’s Fantasiestucke Opus 73 with bassoonist Frank Morelli at the Royal Conservatory.

James Anagnoson has been heard nationally on the CBC radio as a guest host on This Is My Music and The Arts Tonight, and as a piano commentator for both the Esther Honens International Piano Competition and the CBC Young Performer’s Competition.

Mr. Anagnoson received his Master’s degree from The Juilliard School, and his Bachelor’s degree from the Eastman School of Music, which he attended on scholarship. His most influential mentor was the American pianist Eugene List, and he was also strongly influenced by his post graduate work with Claude Frank and Karl Ulrich Schnabel.

In May of 2019 Anagnoson & Kinton were awarded an Honorary Fellowship by the Royal Conservatory of Music.