The Colburn School is excited to offer a two-week summer ballet intensive program that is designed to provide students with a bridge to connect the end of their year-round training and the start of their longer summer training courses.

Students will also be given an experience of the year-round training in Colburn’s Dance Academy, a rigorous highly personalized pre-professional ballet program that prepares dancers for their individual aspirations by honoring the great traditions of classical ballet and embracing the new and contemporary. 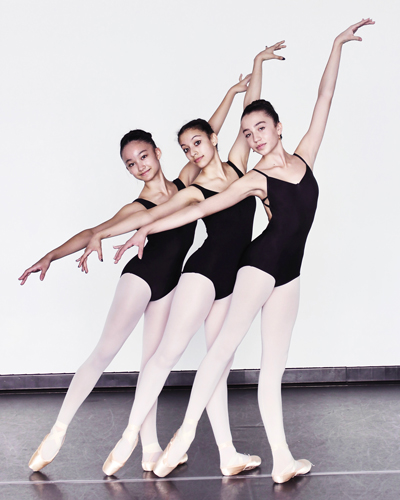 Classes will include ballet technique, contemporary, partnering, conditioning, conversations on ballet’s history and evolution, cultural excursions, and learning the repertory of leading choreographers including William Forsythe and Alonzo King. Each student will also receive private coaching.

The Colburn School’s downtown Los Angeles location offers access to some of the best venues, art installations, and dining experiences in the country. During the intensive, you can explore all that LA’s cultural center has to offer, and even stay on campus in Colburn’s dorms. 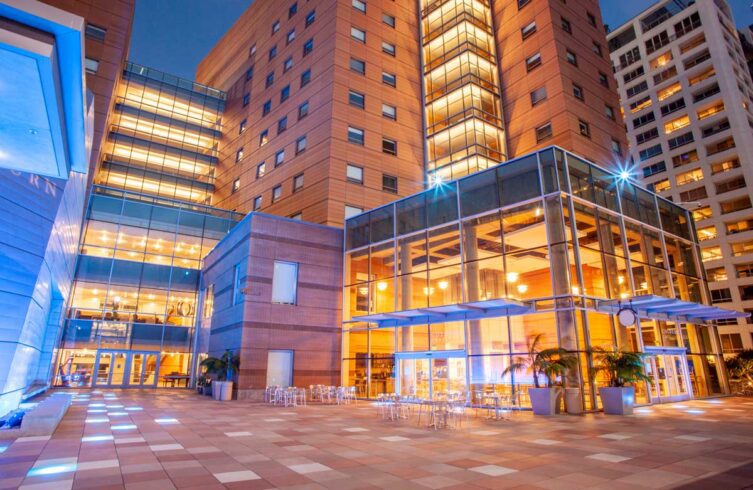 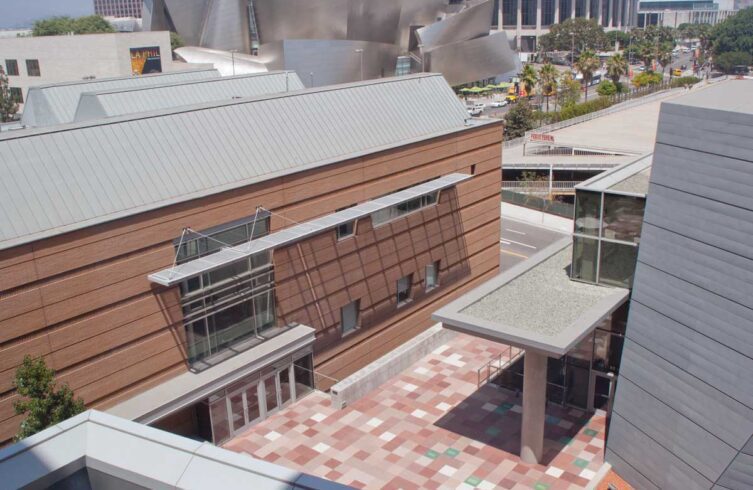 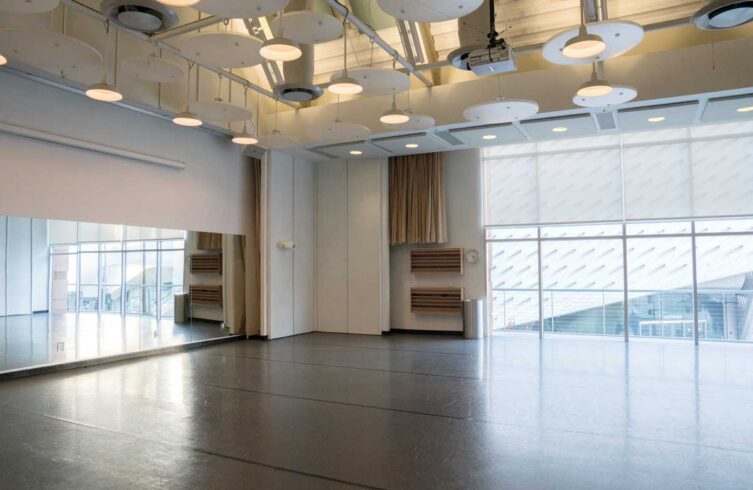 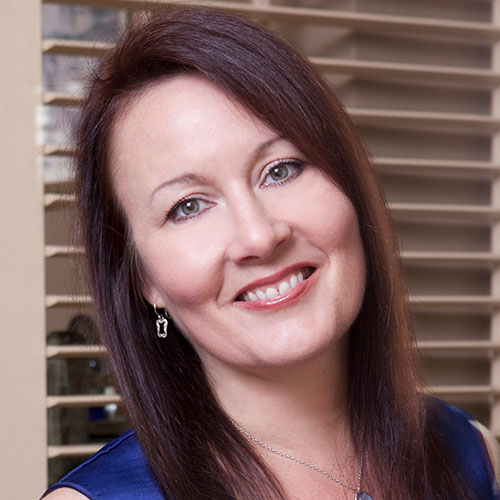 Jodie Gates has recently been appointed as the Artistic Director of Cincinnati Ballet and will begin in her new position in the summer of 2022. She has established a significant career in the dance field and contributed to the profession as a visionary leader, artistic director, arts educator, curator, stager, choreographer, and dancer. She is a former principal ballerina with the Joffrey Ballet, Pennsylvania Ballet, Frankfurt Ballet and Complexions Contemporary Ballet.

She is the Founding Director of the University of Southern California’s Glorya Kaufman School of Dance, and Artistic Director and Founder of the Laguna Dance Festival based in Laguna Beach California. She is a choreographer and also an artistic collaborator with choreographer William Forsythe, staging ballets internationally for Forsythe Productions. In June 2021, she was awarded the distinguished 2021/2022 Residency Fellowship from The Center for Ballet and the Arts at New York University. Her Fellowship acknowledges her most recent work as the lead initiator for the Artistic Directors Coalition for Ballet in America, a group of artistic directors, choreographers and educators who are addressing systemic racism and inequities within the culture of ballet.

Her teaching credentials include invitations to teach professional companies such as New York City Ballet and Complexions Contemporary Ballet and Dance Theatre of Harlem. While guest teaching for companies and contributing to higher education, she has had the opportunity to create partnerships, build a professional network, design and implement an artistic vision and produce forward-thinking curricula. 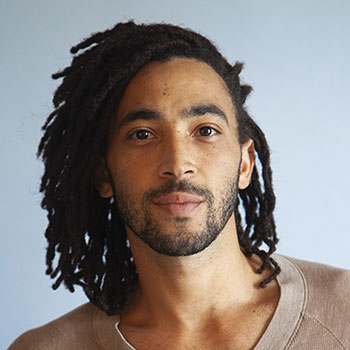 Michael Montgomery of Long Beach, CA, trained at the Orange County High School of the Arts and studied at the Alvin Ailey School in the Certificate program. In 2011 he graduated from the Alonzo King LINES Ballet BFA Program at Dominican University of California. Montgomery was awarded the American College Dance Festival Association’s best student performer award for the Southwest Region in 2008. In 2010, he joined LINES Ballet and was named a Shenson Performing Arts Fellow that same year. Montgomery was named to the list of “25 to Watch” by Dance Magazine in 2013. 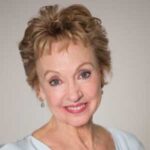 Suki Schorer joined New York City Ballet in 1959 and was promoted to principal dancer in 1968. She performed leading roles in numerous ballets by George Balanchine and originated soloist parts in Balanchine’s Don Quixote, La Source, Raymonda Variations, Harlequinade, and A Midsummer Night’s Dream. From her earliest days in the Company, Mr. Balanchine recognized Ms. Schorer’s potential as an instructor, asking her to teach classes for new NYCB company members and sending her to the School of American Ballet to guest teach. 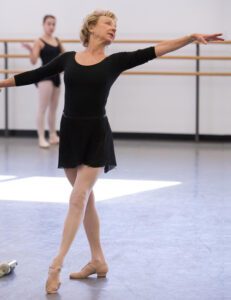 Upon her retirement 1972, Balanchine appointed her to SAB’s permanent faculty, where she has taught technique, pointe and variations classes and staged Balanchine masterworks for the annual Workshop performances for nearly 50 years.

She is the author of Suki Schorer on Balanchine Technique (Knopf 1999) and Put Your Best Foot Forward: A Young Dancer’s Guide to Life (Workman, 2005). Ms. Schorer collaborated with Merrill Ashley to produce the Balanchine Essays (1995), a 10-part educational video series detailing Balanchine’s approach to classical technique. Ms. Schorer is a frequent guest teacher and lecturer on the Balanchine aesthetic at schools and companies around the world. She received the Dance Magazine Award in 1998.

Members of Colburn’s Year-Round Faculty, Including: 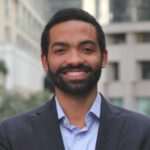 Silas Farley is the Dean of The Trudl Zipper Dance Institute at the Colburn School.

He began his training when he was 7 years old in his hometown of Charlotte, North Carolina with Sal and Barbara Messina at King David Christian Conservatory. He continued his training at Charlotte Ballet Academy with Hamburg Ballet alumni Kathryn Moriarty and Mark Diamond and New York City Ballet (NYCB) alumni Patricia McBride and Jean-Pierre Bonnefoux. He completed his ballet training at The School of American Ballet (SAB). He joined NYCB in 2012 and danced with the Company until 2020. There he performed principal roles in the works of George Balanchine and Christopher Wheeldon and originated roles in ballets by Wheeldon, Lauren Lovette, and Justin Peck. 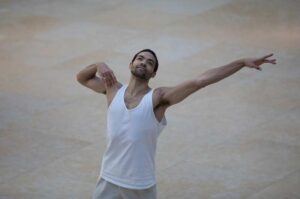 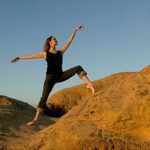 Zippora Karz is a former soloist ballerina with the New York City Ballet where she performed for 16 years on stage and in televised performances. She was featured in a variety of roles choreographed by George Balanchine and Jerome Robbins as well as works choreographed for her by such choreographers as Peter Martins and Lynne Taylor Corbett. Today, as a repetiteur for the George Balanchine Trust, Zippora teaches and stages Balanchine ballets for schools and companies around the globe.

She is a private instructor/coach in the Los Angeles area. Zippora joined the faculty of the Colburn Dance Academy in 2014.

Diagnosed with juvenile diabetes at the age of 21, Zippora is passionate about motivating others to take care of themselves and live their dreams. She is the author of her memoir, The Sugarless Plum, as well as her children’s story, Ballerina Dreams.

Auditions are for both the Summer Intensive Program and Colburn Dance Academy 2022–23.