A Legacy of Chamber Music at Colburn 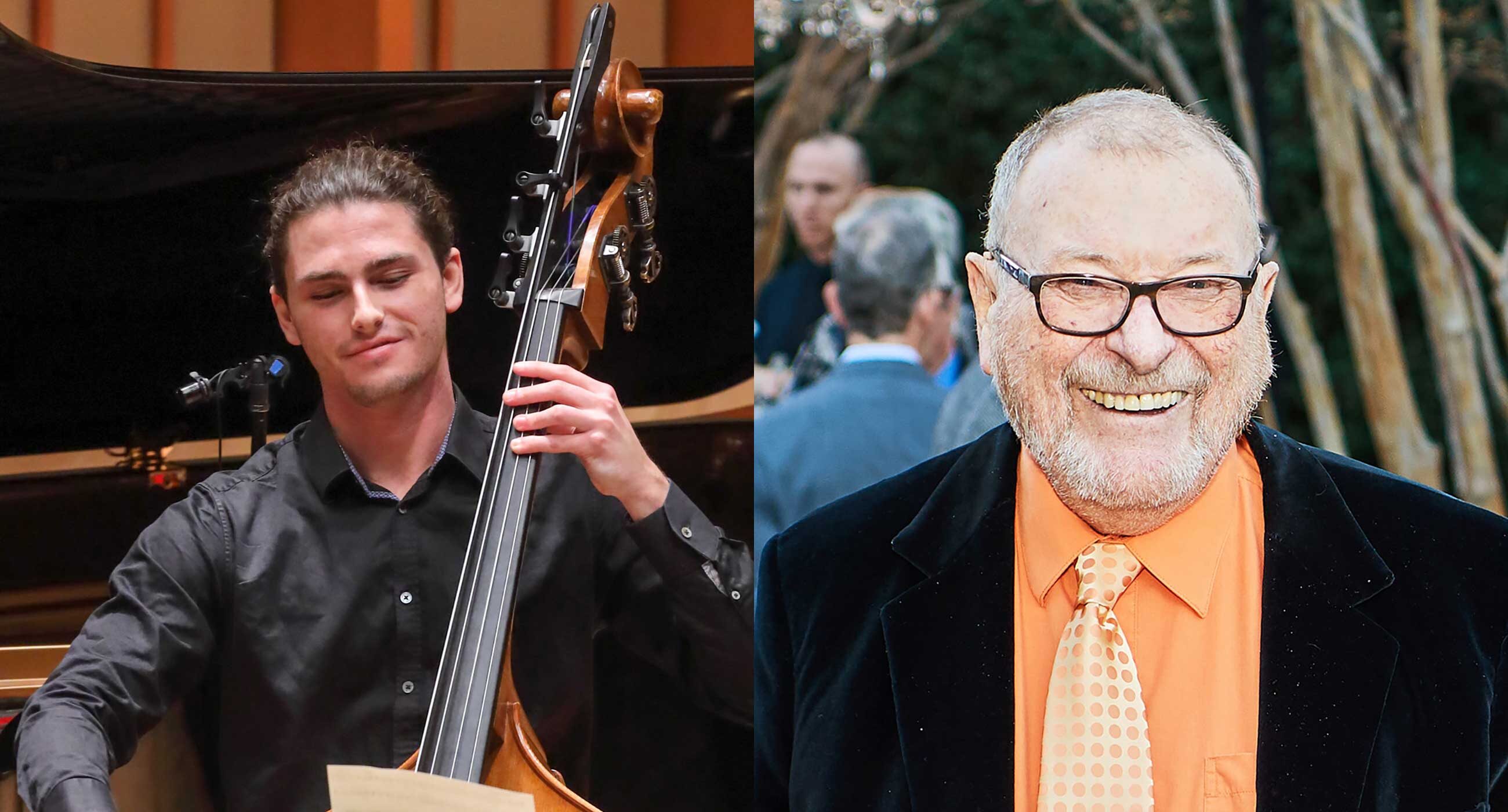 Nick Arredondo (left), reflects on the experience of chamber music, in celebration of the legacy of late board member Warner Henry (right) and his wife Carol.

Conservatory graduate student Nick Arredondo has a legacy of his own at Colburn. A double bass player, he began his studies at Colburn seven years ago in the Colburn Music Academy. In 2015, he matriculated into the Conservatory where he completed his bachelor’s degree in double bass performance and is now in his second year of a master’s in performance degree. Here, Nick reflects on the experience of chamber music, in celebration of the legacy of late board member Warner Henry and his wife Carol.

Chamber music is one of the most special forms of music for a performer. Like the three pillars of health (rest, diet, and exercise), chamber music is vital to a musician’s development and fulfillment in their craft along with solo and orchestral music. I feel that a good balance of these three pillars of musicianship is paramount to a well-rounded artist, and this outlook has been instilled in me by Colburn and my teacher, Peter Lloyd. Often what sets chamber music apart from other larger ensembles is the vulnerability created by only having one person on each part, but it is exactly this vulnerability that affords the player the intimacy and expressiveness unique to that player.

It is at this intersection between the personal and the collective that I have some of my best memories as a performer. As part of the Colburn Chamber Music Society, a program championed and supported by dear friends of the School’s, Carol and Warner Henry, I have had the opportunity to perform two fantastic pieces by Schubert—the “Trout” Quintet and the Octet—with guest artists and colleagues at the School. It is not every day that I, as a bass player, get to perform chamber music, and even less rare to perform side-by-side with such fantastic guest artists that Colburn brings to us through Colburn Chamber Music Society.

The last concert I had the pleasure of playing in prior to locking-down was the Colburn Chamber Music Society concert of Schubert’s Octet with Noah Bendix-Balgley (concertmaster of the Berlin Philharmonic). For many reasons, and more so now, this concert is special to me, but the most special part was how a piece over an hour long can feel like a few minutes. From the second we stepped on stage and started playing, the audience and the night disappeared, and for a brief moment there was nothing separating me from the music I was performing. This is the feeling that we as musicians cherish.

A chamber performance can feel one of two ways: like bad icebreakers or a great conversation with an old friend. Colburn’s guest artists for the Colburn Chamber Music Society concerts are experts at making the other musicians feel like old friends from their first note. And, like a great conversation, it leaves all parties feeling like they have come away better friends, and even better musicians.

Chamber music has been a transformative part of my years at Colburn, as a musician and a person, and my colleagues and I will remain ever grateful for the advocacy and support Warner and Carol Henry have provided to make this possible.

The Henry Chamber Music Endowment was established this fall in memory of Warner Henry who passed away this summer. A passionate advocate of the performing arts, and in particular chamber music, Warner’s unwavering commitment to the Colburn School, its students, artists, faculty, staff, audiences, and partners will not be forgotten. The fund, supported by members of the community in his memory, will support chamber music programming at the School in the hopes of creating more lasting memories like Nick’s for all of our students in the years to come.