Colburn Artists is a unique in-house professional management program for Colburn students on the cusp of professional careers. Created in order to provide guidance and support during the critical transition from studying to touring, the Colburn Artists program is designed to prepare students to work with industry leaders and artist managers. In a supportive atmosphere linked closely with their individual performance studies, they receive personalized career advice and training, including guidance on building relationships with presenters, orchestras, and professional musicians; developing repertoire; interview preparation; and creating a professional image and online presence. 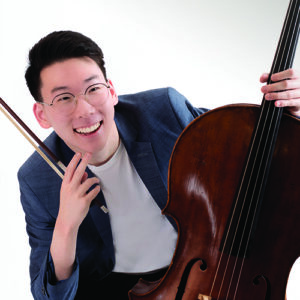 Cellist James Baik has been described as “an undeniable authority,” possessing “a real warmth emerging in lyricism… and displays mixture of sonic mastery and interiority,” by Belgian newspaper Le Soir, after his astounding performance at the 2021 Queen Elisabeth Competition. James was a finalist at the 2019 Stulberg International String Competition and went on to receive the first prize at the prestigious Irving M. Klein International Competition. He made his debut solo appearance in 2015 with the Houston Civic Symphony and the Clear Lake Symphony in Saint-Saëns’s Cello Concerto No. 1. Highlights from recent and upcoming performances include the Dvořák Cello Concerto with the Colburn Orchestra, under the baton of Sir Andrew Davies at the Walt Disney Concert Hall; Haydn’s Cello Concerto in C Major with the Orchestre Royal de Chambre de Wallonie; Brahms’s Double Concerto with the Peninsula Symphony; and chamber music performances at the Ravinia Festival, the Music in the Vineyards Festival in Napa Valley and Nevada Chamber Music Festival, where he is an invited guest artist. 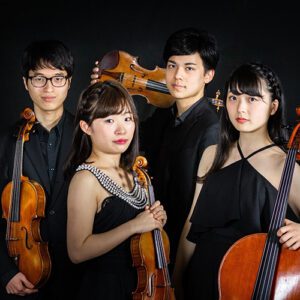 Described as having “an enormous wealth of colors… and sparkling rhythms,” (All News Press), Quartet Integra are quickly developing a reputation of international prestige. In 2022, the Quartet won Second Prize and the coveted Audience Award at the 2022 ARD International Music Competition, First Prize at the 2021 Bartók World Competition, and First Prize and the Prize of Beethoven and Grand Prix Award at the 2019 Akiyoshidai Music Competition. Upcoming performances include over twenty performances throughout Japan including the Kanazawa, Hukuyama and Takefu International Festivals and at venues such as Tokyo Opera City, Toppan Hall, and Suntory Hall, among others. Additionally, they have performances planned as part of the Discovery Series at the La Jolla Music Society, the California Club in Los Angeles and Thayer and Zipper Halls at the Colburn School. 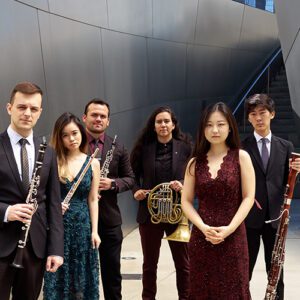 To find out how to be a part of the Colburn Artists program, speak with your applied faculty.

For further information about the Colburn Artists program and to inquire about artist availability, please contact Nick Gianopoulos at ngianopoulos@colburnschool.edu.