As the Colburn School rises to the challenges presented by the COVID-19 pandemic, the Ziering-Conlon Initiative for Recovered Voices is playing its part. The campus remains closed for now and, consequently, the annual Monday evening full-semester course “Recovered Voices: An Examination of Lesser-Known Composers and Works of the Early Twentieth Century” cannot be held as it has been for the past seven years. 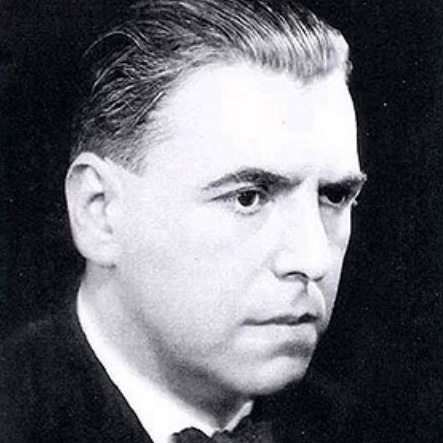 Instead, thanks in part to the support of many the 300+ “alumni” of the course, the Initiative is producing six 45-minute multimedia lectures, with a special emphasis on one composer whose music has resonated in a special way with many Colburn Conservatory students: Erwin Schulhoff.

Erwin Schulhoff’s life and career are emblematic of the vitality not only of his own work, but that of two generations of composers whose lives, careers and legacies were disrupted (or worse) during—and following—the years 1933–1945 as a result of Nazi policies. Schulhoff (1894–1942), like all Jewish composers and many non-Jewish composers, was branded by the regime as “degenerate.”

The regime made a special attempt to clarify and codify its nefarious policies in May 1938 through a special exhibition in Düsseldorf, an event for which this propaganda image (right) was created.

During the six-part lecture series, viewer-attendees will learn about the genesis of this notorious image; the twisted “logic” behind the term “degenerate” and how and why it was applied to so many artists; and in three targeted lecture presentations on the life and music of Schulhoff—all presented by James Conlon—it will become clear why the composer was especially vulnerable to this propaganda (Hint: He was Jewish, he loved and wrote for the saxophone, and he was a devoted Communist sympathizer.)

The series will conclude with a lecture on “Women Composers During the Nazi Regime: Censorship Twice Over” by Dr. Lily E. Hirsch.

Musical examples—most performed and recorded by Colburn musicians—will be featured in each presentation. Colburn Conservatory graduate student Adam Millstein has assumed a leadership role as student curator for this project, assembling Colburn artist-colleagues to perform and video-record many of the works to be heard in the course of the series.

2. What and Why ‘Degenerate’ Music?
Bob Elias

5. Erwin Schulhoff: The Twenties and a Turn Toward Socialist Realism
James Conlon

This series is made possible through special gifts from community members and Recovered Voices supporters.


To learn more about the spring 2021 launch of our series, please enter your name and email address below.