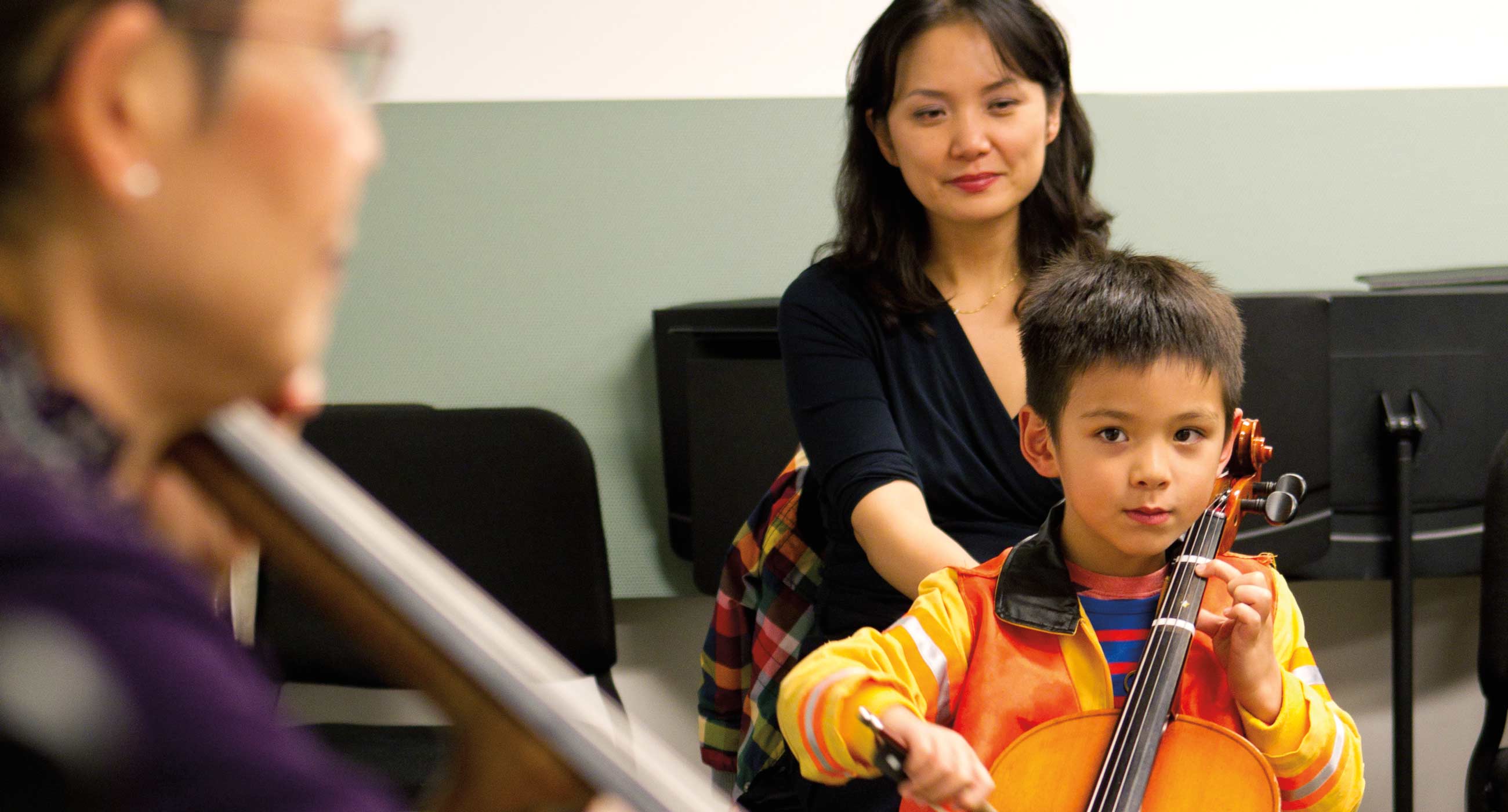 Through the generous support of more than 250 individual donors, the Access Fund has surpassed the initial scholarship funds goal of $10 million.

Colburn celebrated a milestone achievement this past December when the Access Fund surpassed the initial scholarship funds goal of $10 million with $10,103,000 in donations. The Access Fund provides need-based scholarships to students of the Community School of Performing Arts, which offers over 120 classes for students ranging in age from seven months old to adults. Through the generous support of more than 250 individual donors, the power of Colburn continues to be accessible to all in Southern California.

This monumental fundraising effort began in 2014, led by Toby Mayman, former executive director of the School and honorary life director, and Andrew Millstein, chairman of the board. They worked alongside Robert McAllister, former dean of the Community School of Performing Arts, and Susan Cook, present dean.

In reflection, Mayman shared that shepherding this funding initiative grew organically from her 20 years as executive director and the 20 years following on the board of directors. Exemplary of her commitment to Colburn, she claimed, “I had no choice but to get involved.”

Achieving this initial $10 million mark well positions Colburn amongst the top community schools for the performing arts when it comes to funding need-based scholarships. This is a pivotal moment for Colburn as far as its relationship with the Los Angeles community.

The following testimonies exemplify the impact of Colburn and its Community School, including its reach beyond the classroom:

“Thank you so much for supporting my passion in music … After coming [to Colburn], I have been exposed to amazing teachers who serve as models for what I want to achieve on my instruments and many peers who serve as a constant source of support and inspiration.” Elijah Alexander, Trombone

Former Community School student August Bagg’s mother shares, “Colburn is everything. At the School, August has learned appreciation, discipline, and empathy. It is such an inspiring environment, and it’s a place that taught August to reach for his dream. I believe that the arts can change lives, and I know my son has been changed for the better because of Colburn.”

August, his older sister, and his mother suffered the loss of his father several years ago, and Colburn served as “a caring, nurturing, and safe place [that] has meant much to [August].” His mother stated that without the financial support, she would never have been able to enroll August at the Community School. And this past fall, August began his next journey by matriculating into the highly competitive musical theatre program in the College-Conservatory of Music at the University of Cincinnati.

The Colburn community’s commitment is fed by stories like these, which demonstrate the power of performing arts to transform lives.

This is why our work is not done. Though we are profoundly grateful to all the donors whose generosity helped Colburn exceed its initial funding goal, the need for scholarship support continues to grow, and we must meet that need through continued fundraising efforts.

To give to the Access Fund or to learn more about its impact, contact Mark Dawson at 213-621-1059 or mdawson@colburnschool.edu.