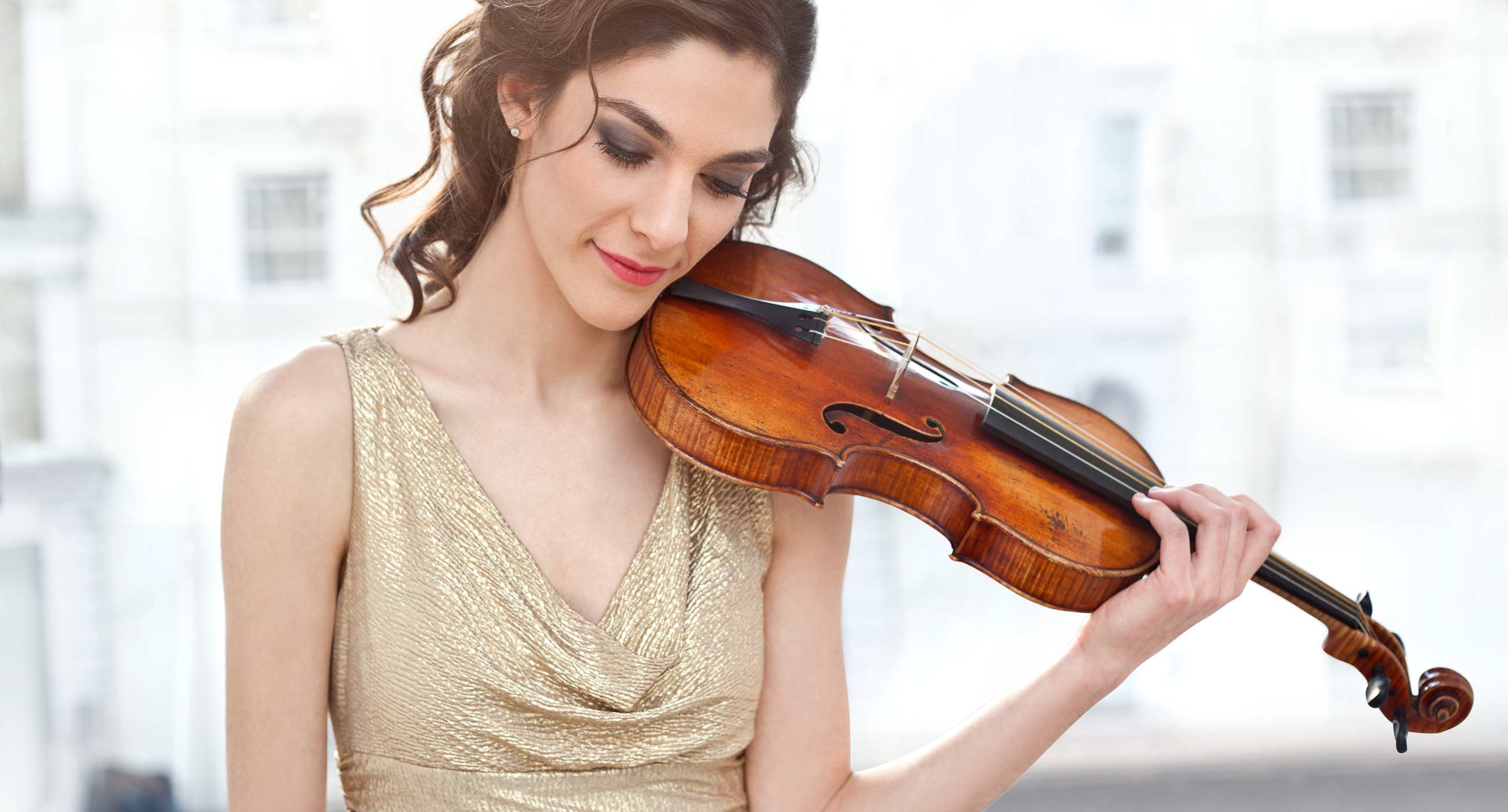 Violinist and Conservatory alumna Elicia Silverstein (BM ‘13) is a time traveler of sorts. Equally at home with baroque sonatas and contemporary caprices, Silverstein’s programmatic work intentionally plays with chronology to draw deep connections between seemingly disparate musical moments. She regards the process as forming a tapestry of divergent sound worlds.

In all she does, Silverstein strives to inform her approach with her rich understanding of musical practice from early music to the present day. And she relishes every opportunity to broaden this understanding. “I like to get my hands dirty and smell what it smelled like,” she explained, “Otherwise, it can become sterile and removed.” In order to counteract what she sees in modern classical approaches as musicians becoming divorced from their roots by relying heavily on standardized repertoire, she looks to the musicians of the past that existed on a continuum with only small degrees of separation between them to see how they were interacting with music.

She also moves between instruments and their various iterations, easily switching between violin, viola, and the viola d’amore. In fact, the setup she plans on using for her upcoming performance at Colburn will be her modern Vuillaume violin strung with gut strings and a baroque bow.

In all she does, she works to expand the interaction musicians and audiences have with classical music. In her estimation, “The more three-dimensional, the better for classical music in general.” This guiding principal also set the intention for the programs she’s worked on for her upcoming performances with the Colburn Baroque Ensemble and Tesserae.

She wanted to use these concerts as opportunities to challenge the misconception that baroque music is overly refined. “I wanted to bring in the drama and the fire and virtuosity of the string ensemble.” The performances will feature a mix of modern and baroque instruments, which tend to be more textural and articulate in tone. Both programs will also feature Vivaldi’s Concerto in A Major with an offstage echo that introduces the physical space of the hall as another instrument in the performance. This harkened back to her time at past Colburn events that would feature musicians playing in different parts of the hall.

Silverstein also used a program she performed in 2015 in Europe as a guide for the Friday night Colburn concert. Not only was it a compelling baroque program even then, but she wanted to share that experience with current Colburn students and work with them on an immersive experience similar to the experiences she’s had playing with major groups across Europe. “I feel lucky and honored to bring my experience back to Colburn—a place I love so much—with an amazing wealth of talent and see what happens.”

On April 5, the Colburn Baroque Ensemble will host members of Tesserae to present a spirited and virtuosic program that showcases the versatility of the violin across forms. The group will perform works by Corelli, Bach, Telemann, and Vivaldi.

The following evening, Tesserae will host Colburn Conservatory students at All Saints’ Episcopal Church in Beverly Hills for an all-Italian baroque program that will also reprise two works from the first performance.

Correction April 8, 2019: An earlier version of this piece referred incorrectly to the Vivaldi Concerto’s offstage echo as “reimagined”. It was notated originally by the composer as “con violino principale con altro per eco in lontano” (“with a solo violin and a violin in distant echo”).

Hear Elicia and the Colburn Baroque Ensemble perform on Friday, April 5 at 7:30 pm. Learn more about the free performance.