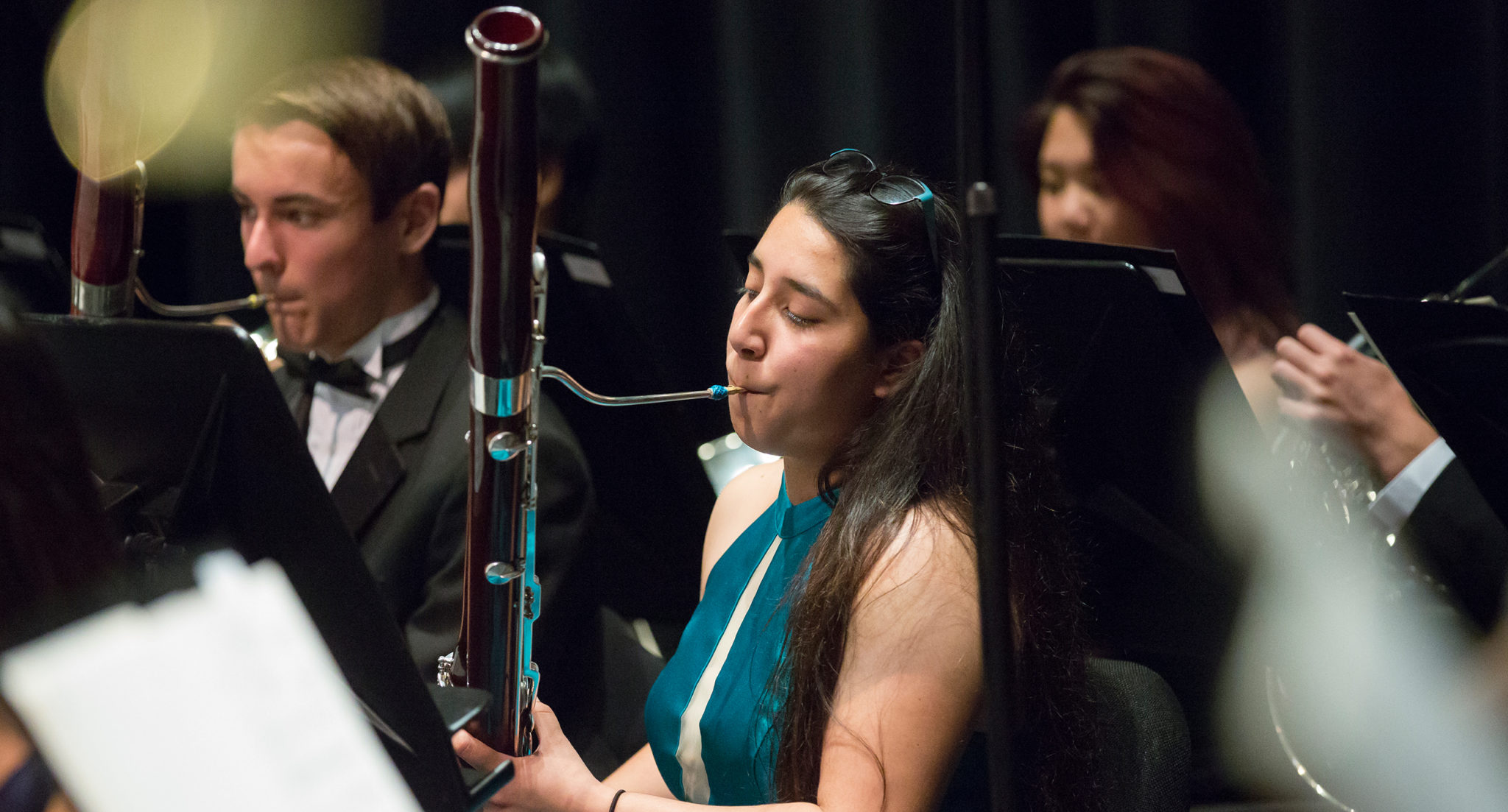 I remember watching them thinking that I would love to be there one day. Athena Sferas, bassoon

The first time Athena Sferas encountered the Colburn School, she was a middle school student listening to the Colburn Youth Orchestra, the top ensemble of the Community School of Performing Arts. “I remember watching them thinking that I would love to be there one day,” she said.

Athena was a talented young bassoonist with a thirst for musical knowledge, but she didn’t have the financial resources to delve deep into more comprehensive music instruction. Her private teacher, bassoon instructor and Community School Assistant Dean Sara Hiner, recognized that her passion for music and financial need made her a promising candidate for the new Herbert Zipper Scholars Program.

She applied and was accepted. Through her scholarship, Athena has been free to pursue a wide variety of classes and ensembles, taking music history, music theory, private lessons, orchestra, and more. She performed in the school’s honors wind quintet and eventually got the chance to perform in the Colburn Youth Orchestra she had long admired, even serving as a principal bassoon.

“My scholarship meant I could take hold of every opportunity possible. It made me into a well-rounded and flexible musician, and a knowing musician. Not many students get to have all of these resources.”

Most recently, she met a new, daunting challenge when she took a new class in conducting taught by Maxim Eshkenazy. She credits the class with helping her come out of her shell, and with giving her a deeper understanding of her orchestral repertoire. “You put your musicality on display,” she said. “It’s helped me see music in a different light, and now studying scores is very different for me.”

When it came time to apply for college, Athena cast a wide net, applying and auditioning for seven college programs. Her dream school, though, was always University of Southern California’s Thornton School of Music. Acceptance letters started to roll in—all seven of them in the end—and not only was Athena admitted to USC, but she was offered enough scholarship aid to go and even live on campus.

“When I opened up that letter, I felt intense shock and excitement—because it’s an insane school and it’s hard to get into—and it’s still not processing. It’s overwhelming, and it’s especially exciting for my future.”

In Athena’s eyes, that future could include many different career paths, and she’s open to anything that fosters a love of music in herself and others, from playing in an orchestra to taking on a leadership role in an orchestra’s administration. After this year, she sees conducting as a possibility too. “It would be cool to break some glass ceilings.”

Help students like Athena pursue their passion with your gift to the Colburn School. Visit this link to learn more. 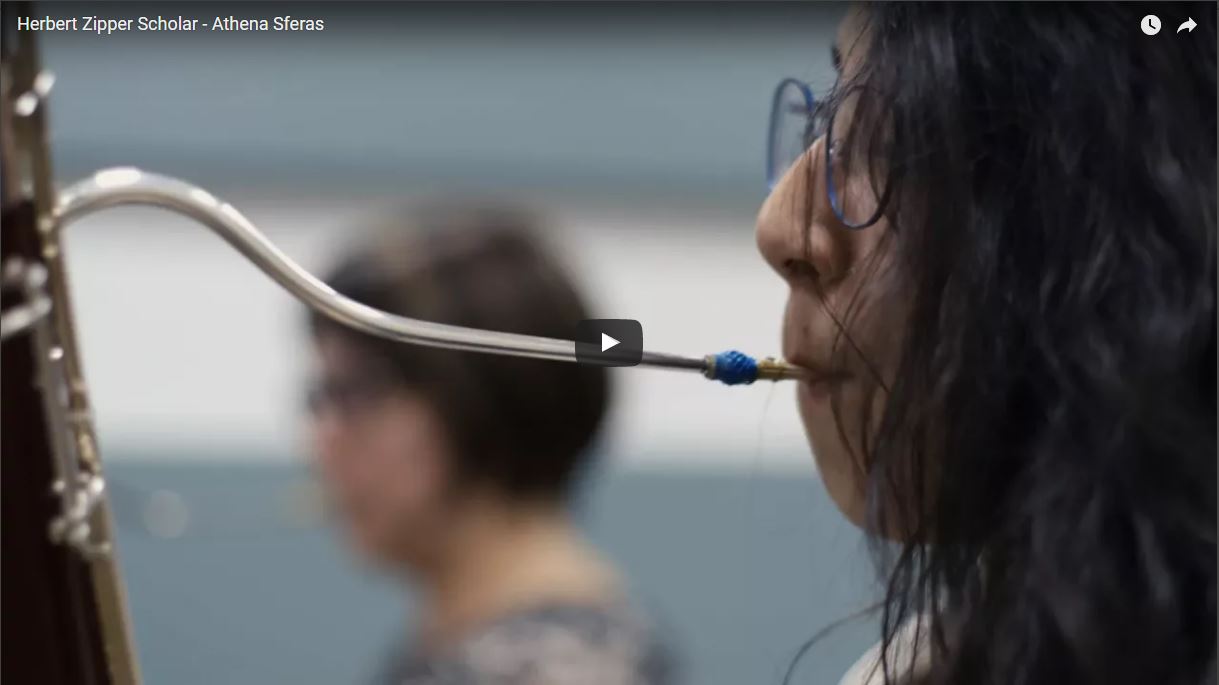 Doors opened for bassoonist Athena Sferas when she was awarded the Herbert Zipper Scholarship at the Colburn Community School of Performing Arts. 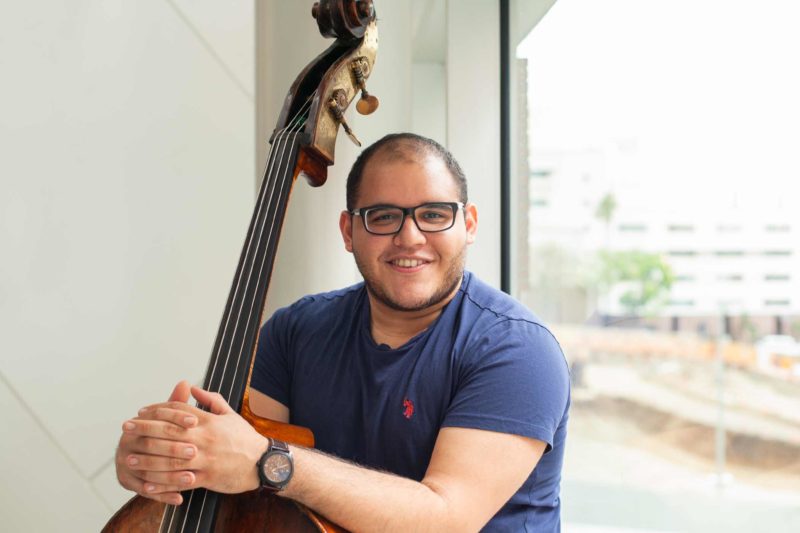 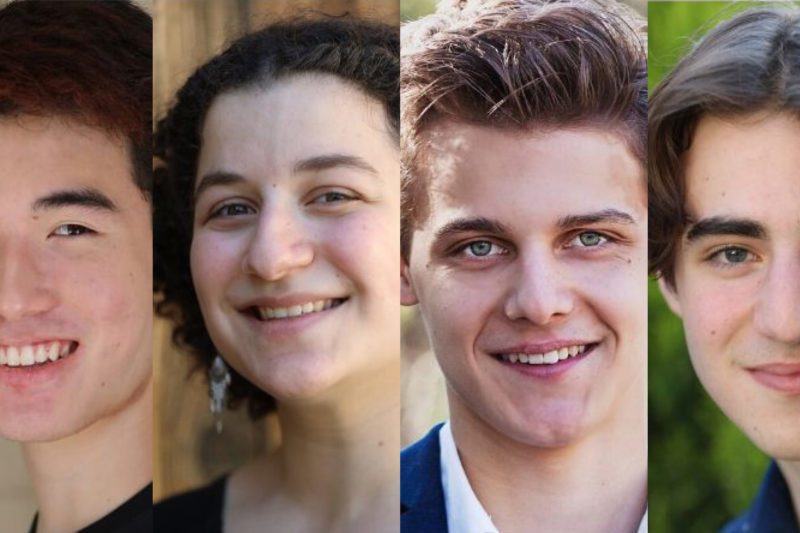