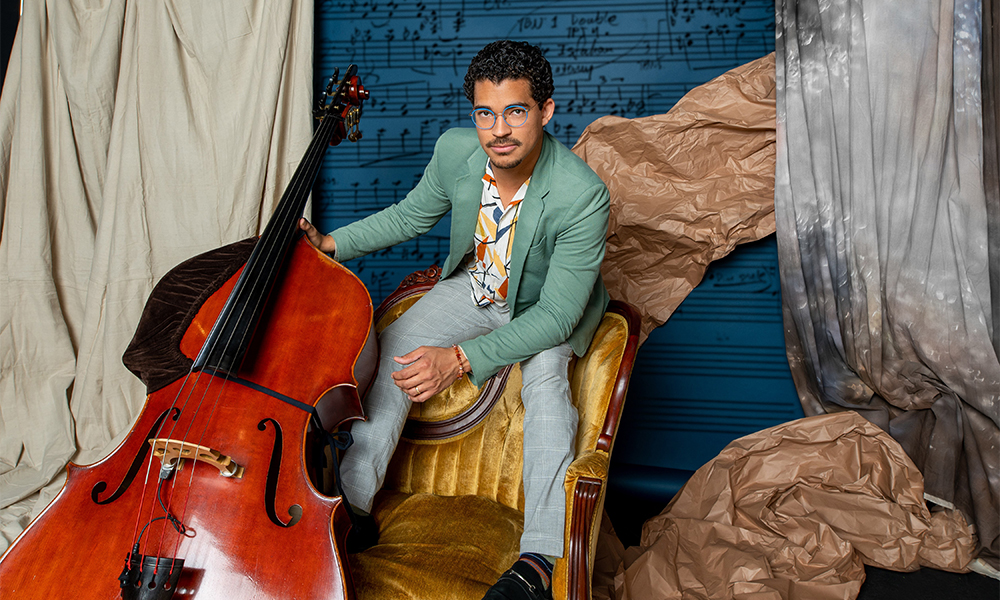 An Evening With Marlonius Jazz Orchestra: A Tribute to Billy Strayhorn

Colburn alumnus Marlon Martinez leads the Marlonius Jazz Orchestra in celebration of its debut album release, Marlonius | Strayhorn, featuring the music of Billy Strayhorn and a selection of Marlon’s original compositions. Prior to the performance, Marlon will discuss Strayhorn’s legacy and the Strayhorn project, made possible by the Colburn School, with moderator and KUSC host Alan Chapman.

A virtuoso pianist, lyricist, and orchestrator, Billy Strayhorn was a pioneer of the modern big band sound. Despite a lack of publicity during his lifetime, Strayhorn inspired countless legends—particularly Duke Ellington—with his forward-thinking melodies, lyrics, and orchestrations. It would take 30 years after his passing before research unveiled his life story and music.

As an artist-in-residence for the Colburn School’s inaugural 2021-22 Amplify Series, Marlon Martinez continued his mission to bring Strayhorn’s lush, progressive, and emotionally deep music to a wider audience. As part of his Amplify residency Marlon recorded his Marlonius | Strayhorn debut album and filmed an eight-part video series about the life and musical legacy of this groundbreaking artist, told through interviews, archival video footage, and performances with the Marlonius Jazz Orchestra.

Special thanks to the Billy Strayhorn Foundation for its vital support of this work.