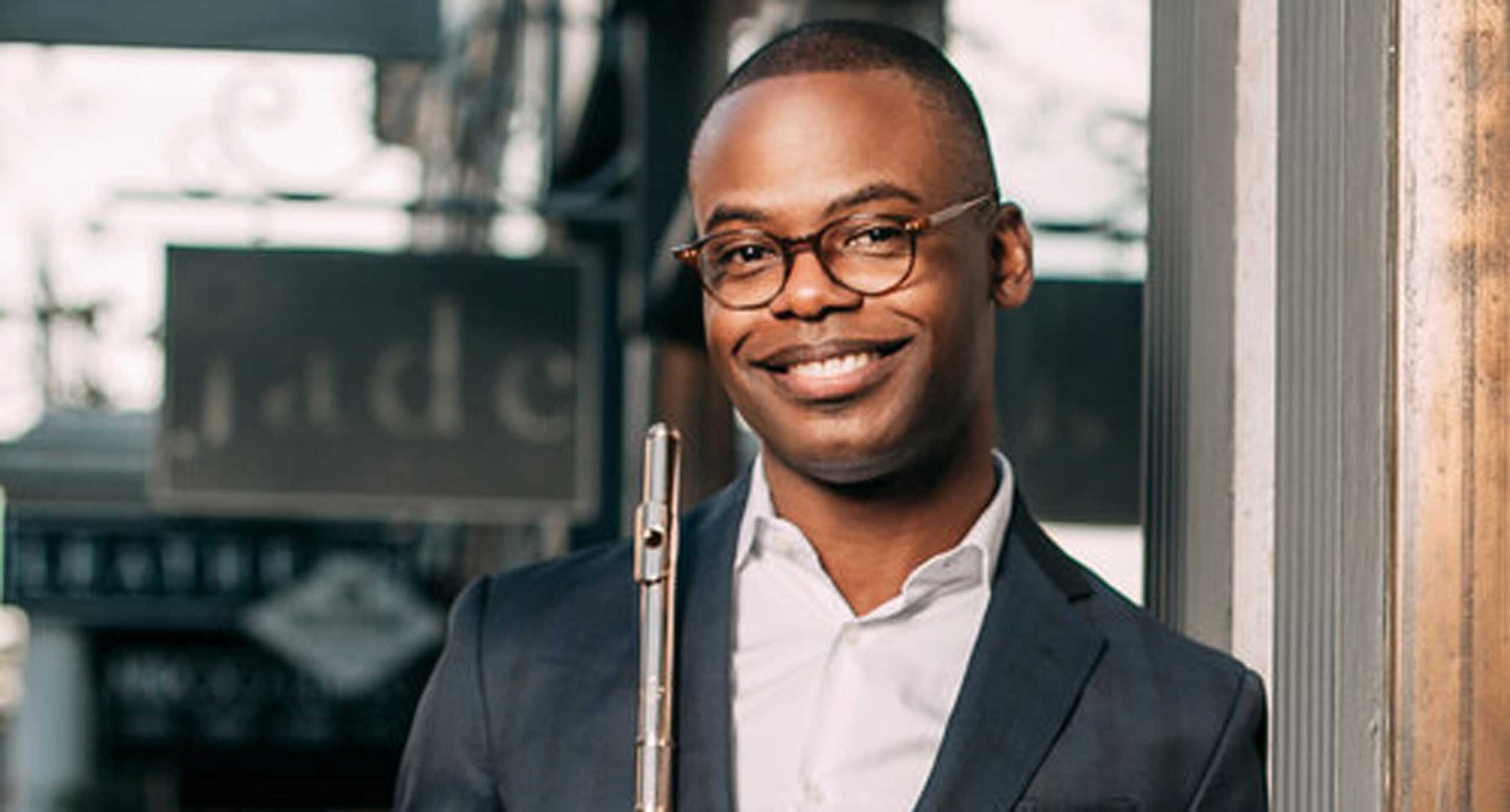 Demarre McGill has gained international recognition as a soloist, recitalist, chamber and orchestral musician. Winner of an Avery Fisher Career Grant and the Sphinx Medal of Excellence, he has appeared as soloist with the Philadelphia Orchestra, the Seattle, Pittsburgh, Dallas, Grant Park, San Diego and Baltimore symphony orchestras and, at age 15, the Chicago Symphony.

As an educator, Demarre has performed, coached and presented master classes in South Africa, Korea, Japan, Quebec and throughout the United States. With his brother Anthony, he was a speaker and performer at the 2018 League of American Orchestras Conference. He has also served on the faculties of the National Youth Orchestra of the United States, the National Orchestral Institute (NOI) at the University of Maryland, the Orford Music Festival, and participated in Summerfest at the Curtis Institute of Music, to name of few. In August of 2019, he was named Associate Professor of Flute at Cincinnati College-Conservatory of Music, and is an artist-faculty member of the Aspen Music Festival and School.

A founding member of The Myriad Trio, and former member of Chamber Music Society Two, Demarre has participated in the Santa Fe, Marlboro, Seattle and Stellenbosch chamber music festivals, to name a few. He is co-founder of The Art of Élan and, along with clarinetist Anthony McGill and pianist Michael McHale, founded the McGill/McHale Trio in 2014. Their first CD, “Portraits,” released in August 2017, has received rave reviews, as has “Winged Creatures, “his recording with Anthony McGill and the Chicago Youth Symphony Orchestra. In December 2019 the McGill/McHale Trio performed at New York City’s 92nd Street Y, and in March 2020 at the National Gallery in Washington D.C., in Danville KY, Ames IA and Tulsa OK.

Media credits include appearances on PBS’s Live from Lincoln Center, A & E Network’s The Gifted Ones, NBC’s Today Show, NBC Nightly News, and, with his brother Anthony when they were teenagers, on Mr. Rogers’ Neighborhood.

A native of Chicago, Demarre McGill began studying flute at age 7 and later, until he left Chicago, was a student of Susan Levitin. He attended the Merit School, was a member of the Chicago Youth Symphony Orchestra and went on to study at The Curtis Institute of Music and The Juilliard School where he studied with Jeffrey Khaner and Julius Baker.