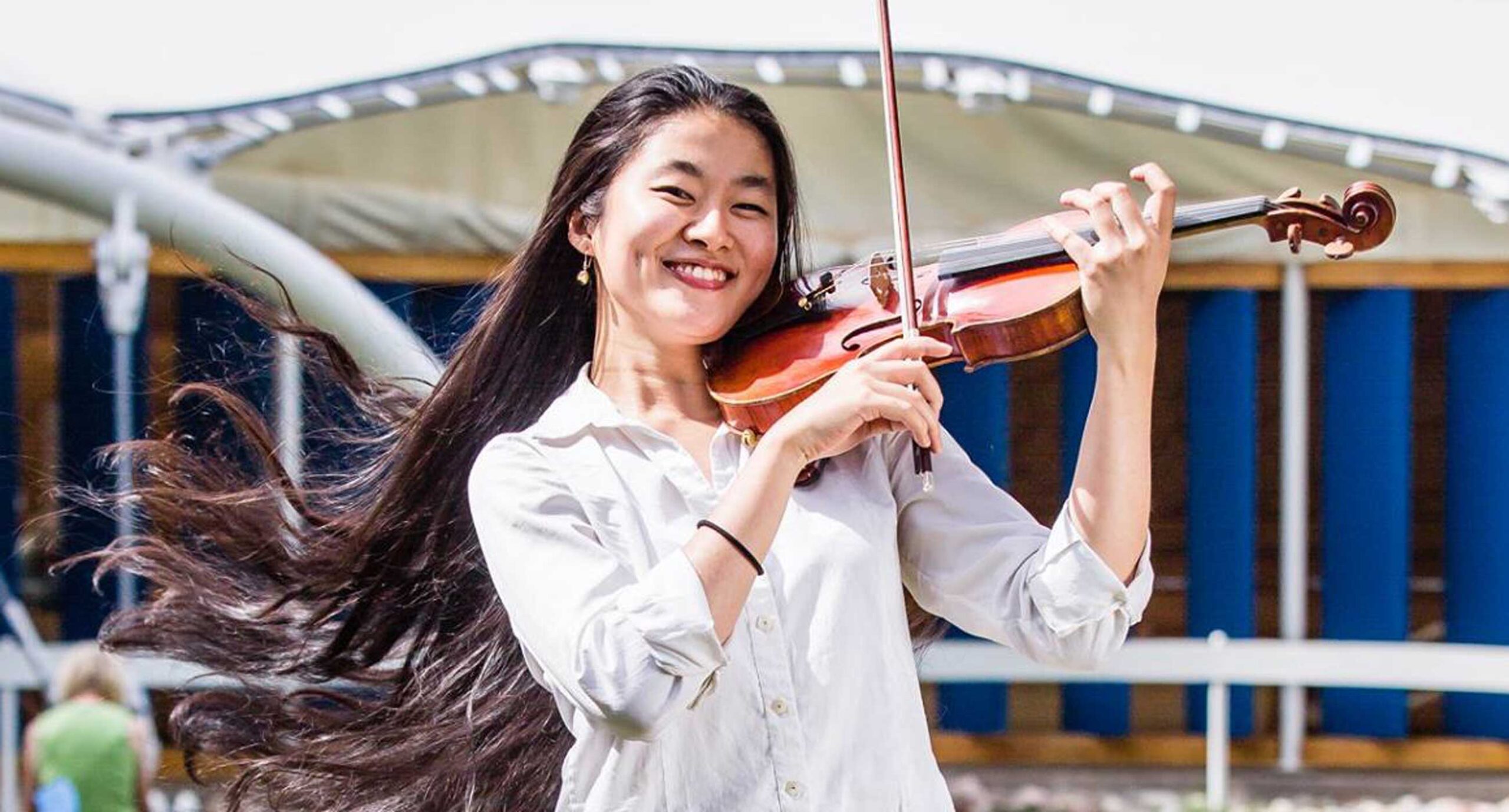 Originally from Tokyo, Japan and now based in New York, NY, Kako Miura is a violinist who performs on both historical and modern instruments. She is the recipient of numerous awards, including first prize in the Nagano International Music Festival Violin Competition, Bergen Philharmonic Orchestra’s Young Artists Competition, and Sound Symphony Orchestra’s Solo Competition, as well as a National YoungArts Foundation Award.

Kako has appeared internationally as a soloist, performing concertos alongside orchestras in Asia, Australia, and the United States, and her solo and chamber music performances have taken her to such distinguished venues as Alice Tully Hall of Lincoln Center, Weill and Zankel Halls at Carnegie Hall, and the Sydney Opera House.

Deeply committed to community engagement and music education, Kako has worked extensively with the Music Advancement Program, a department of The Juilliard School’s Preparatory Division, o1ering instruction on violin as well as courses on historical performance and curricular studies. In 2019, she conceived, directed, and performed an original interactive concert centered around Baroque music for local elementary school students in New York City, titled A Day in the Life of a King, as part of The Juilliard School’s Young People’s Concerts series.

Kako currently studies at The Juilliard School, pursuing a graduate degree in Historical Performance under the guidance of Cynthia Roberts, Elizabeth Blumenstock, and Robert Mealy. She holds a Bachelor of Music degree from The Juilliard School, where she also attended the Pre-College program, as well as a Master of Music from The Colburn School. Her principal teachers have included Robert Lipsett and Masao Kawasaki.