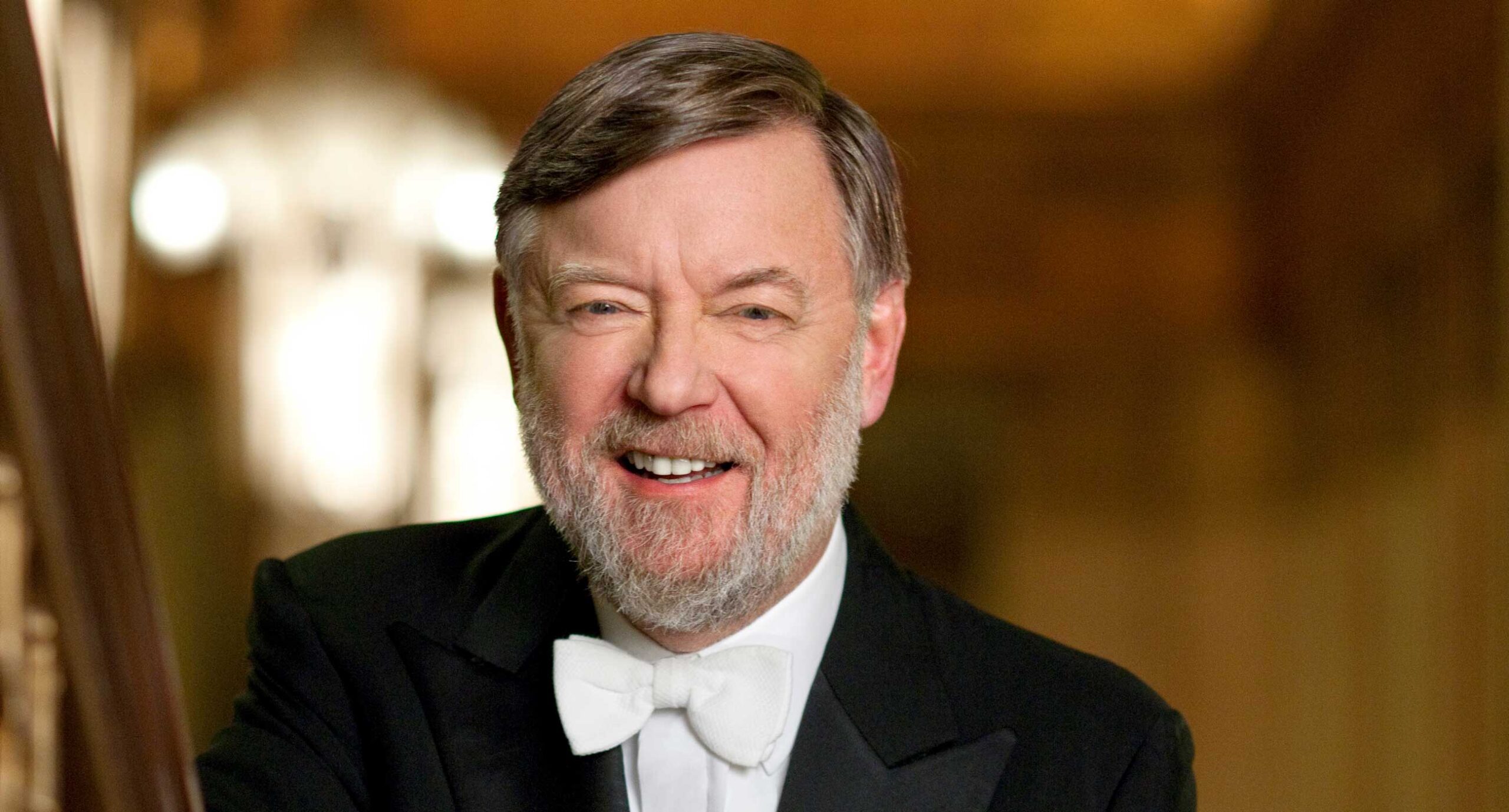 One of today’s most recognized and acclaimed conductors, Sir Andrew Davis’s career spans over forty-five years in which he has been the artistic leader at several of the world’s most distinguished opera and symphonic institutions, including Lyric Opera of Chicago (Music Director and Principal Conductor, 2000-2021), the BBC Symphony Orchestra (Conductor Laureate and Chief Conductor from 1991-2004, the longest tenure since that of its founder Sir Adrian Boult), Glyndebourne Festival Opera (Music Director 1988-2000), Melbourne Symphony Orchestra (Conductor Laureate and Chief Conductor from 2013-2019), and the Toronto Symphony Orchestra (Conductor Laureate and Principal Conductor from 1975-1988), where he also served as Interim Artistic Director through 2020. In addition, he holds the honorary title of Conductor Emeritus from the Royal Liverpool Philharmonic Orchestra. Sir Andrew has led performances at many of the world’s most important opera houses, among them the Metropolitan Opera, Teatro alla Scala, Royal Opera House at Covent Garden, Bayreuth Festival, and the major companies of Munich, Paris, San Francisco, and Santa Fe. In addition to those ensembles, he has appeared with virtually every other internationally prominent orchestra, including the Berlin Philharmonic, Royal Concertgebouw Orchestra, Rotterdam Philharmonic, and all the major British orchestras.

In the 20/21 season, Sir Andrew is invited to conduct a BBC Prom, the Edinburgh International Festival, and was to have celebrated 50 years of partnership with the BBC Symphony Orchestra in 2020. Although performances were cancelled due to the coronavirus pandemic, other notable plans in 2020 were to have included a new production of Wagner’s Ring Cycle with the Lyric Opera of Chicago, concerts with the Philadelphia Orchestra in its home city and on tour in Florida, a tour to Europe and the UK with the Melbourne Symphony Orchestra, as well as performing and recording Mahler’s eighth symphony with the MSO which would complete Sir Andrew’s Mahler symphony cycle with the orchestra. In the 19/20 season, Maestro Davis also led the Chicago Symphony Orchestra and the National Symphony Orchestra, with whom he performed his own arrangement of Handel’s Messiah. His engagements with the Orchestre National de Lyon and the Toronto Symphony this season will be postponed to the following season.

A vast and award-winning discography documents Sir Andrew’s artistry. 2020 saw the release of his recording of Massenet’s Thaïs with the Toronto Symphony (winner of the 2021 JUNO Award for Best Classical Album: Vocal or Choral), as well as the third volume of his ongoing recording project of the orchestral works of Eugene Goossens with the Melbourne Symphony. Other recent titles including the works of Berlioz, Bliss, Elgar (winner of the 2018 Diapason d’Or de l’Année – Musique Symphonique), Finzi, Grainger, Delius, Ives, Holst, Handel (nominated for a Grammy in 2018 for Best Choral Performance), and York Bowen (nominated for a Grammy in 2012 for Best Orchestral Performance). His lauded recordings with the BBC Symphony Orchestra and Chorus celebrating British composers from Teldec’s The British Line series was recently released as a 16-CD retrospective collection by Warner Classics. Sir Andrew currently records for Chandos Records, where he has been an exclusive artist since 2009.

Born in 1944 in Hertfordshire, England, Maestro Davis studied at King’s College, Cambridge, where he was an organ scholar before taking up conducting. His diverse repertoire ranges from Baroque to contemporary, and spans the symphonic, operatic, and choral worlds. Sir Andrew is a great proponent of twentieth-century works including those by Janáček, Messiaen, Boulez, Elgar, Tippett, and Britten, in addition to the core symphonic and operatic works. As chief conductor, Sir Andrew has always participated in the creation and premieres of new repertoire and new compositions, personally conducting a great number of them.

In 1992, Maestro Davis was created a Commander of the British Empire, and in 1999 he was designated a Knight Bachelor in the New Year Honours List. He was awarded an honorary doctorate by Knox College in Galesburg, Illinois.