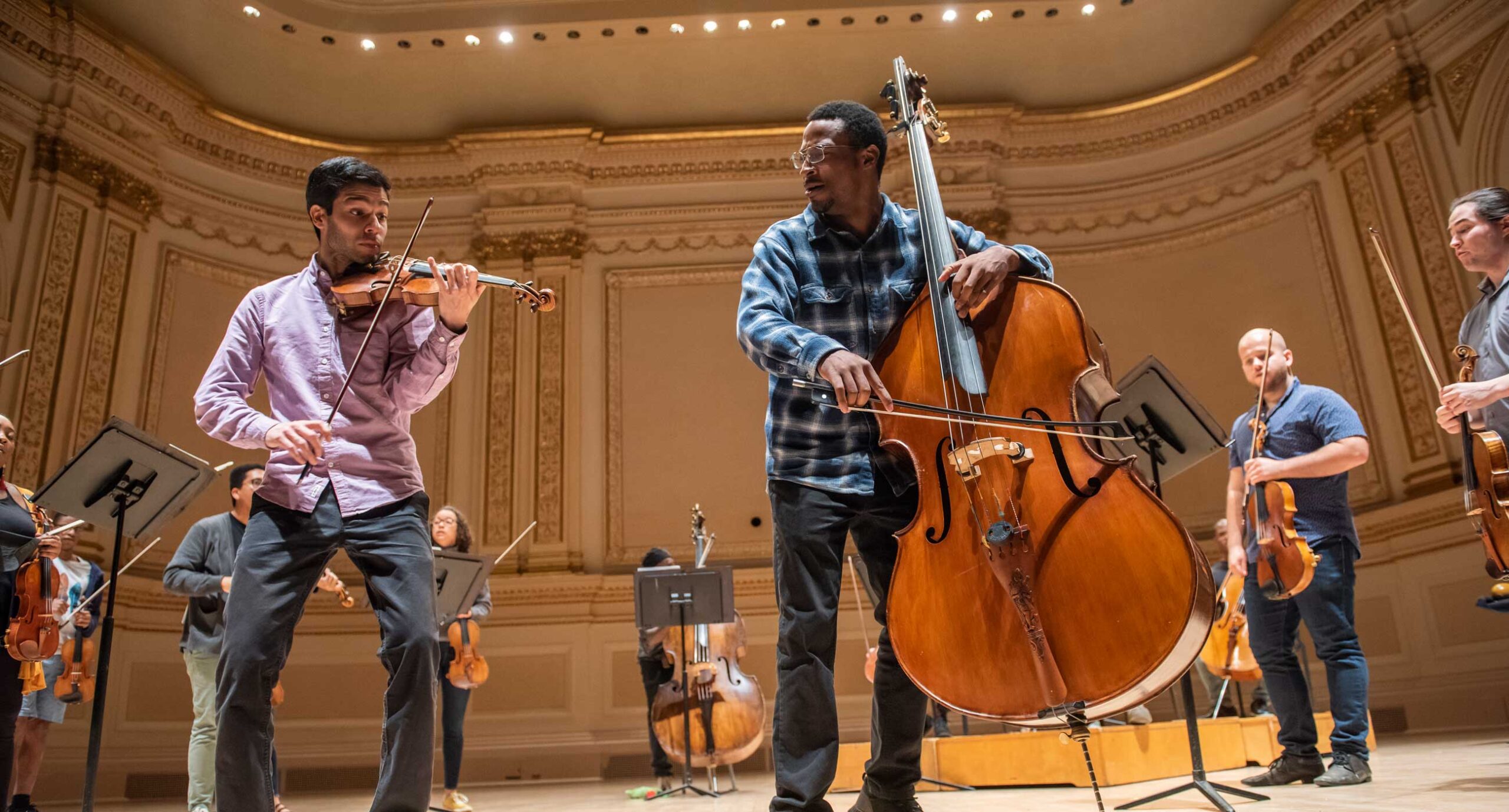 The Sphinx Virtuosi are the nation’s most dynamic, exhilarating professional chamber orchestra, dedicated to increasing racial and ethnic diversity in classical music. Comprised of eighteen of the nation’s top Black and Latinx classical soloists, the Virtuosi are primarily alumni of the internationally renowned Sphinx Competition, and its members work together as cultural ambassadors reaching new audiences. This unique ensemble earned rapturous reviews from The New York Times during its highly acclaimed debut at Carnegie Hall in December 2004: Allan Kozinn described their performance as “first-rate in every way” and raved that “the ensemble produced a more beautiful, precise and carefully shaped sound than some fully professional orchestras that come through Carnegie Hall in the course of the year.”

The Sphinx Virtuosi have returned to Carnegie Hall annually since 2006, performing to sold-out audiences and earning additional outstanding reviews from The New York Times each year. Acting as a bridge between minority communities and the classical music establishment, the Sphinx Virtuosi continue to garner critical acclaim during their annual national tours to many of the leading venues around the country. Inspired by the Sphinx Organization’s overarching mission, the Sphinx Virtuosi work to advance diversity in classical music while engaging young and new audiences through performances of kaleidoscopically varied repertoire. Masterpieces by Bach, Tchaikovsky, Vivaldi, and Mozart are performed alongside the more seldom-presented works by composers of color, including Coleridge-Taylor Perkinson, George Walker, Michael Abels, and Astor Piazzolla.

Members of the Sphinx Virtuosi have performed as soloists with America’s major orchestras, including the New York Philharmonic and the Cleveland, Detroit, Atlanta, Philadelphia, Seattle, and Pittsburgh Symphony Orchestras. Members also hold professional orchestral positions, and several have been named laureates of other prestigious international competitions, including the Queen Elizabeth and Yehudi Menuhin Competitions. Roster members have completed and continue to pursue their advanced studies at the nation’s top music schools, including Juilliard, Curtis, Eastman, Peabody, Harvard, and the University of Michigan. The Sphinx Virtuosi’s first recording was released in 2011 on the White Pine label and features music of Mendelssohn, Sibelius, Gabriela Lena Frank, and George Walker.