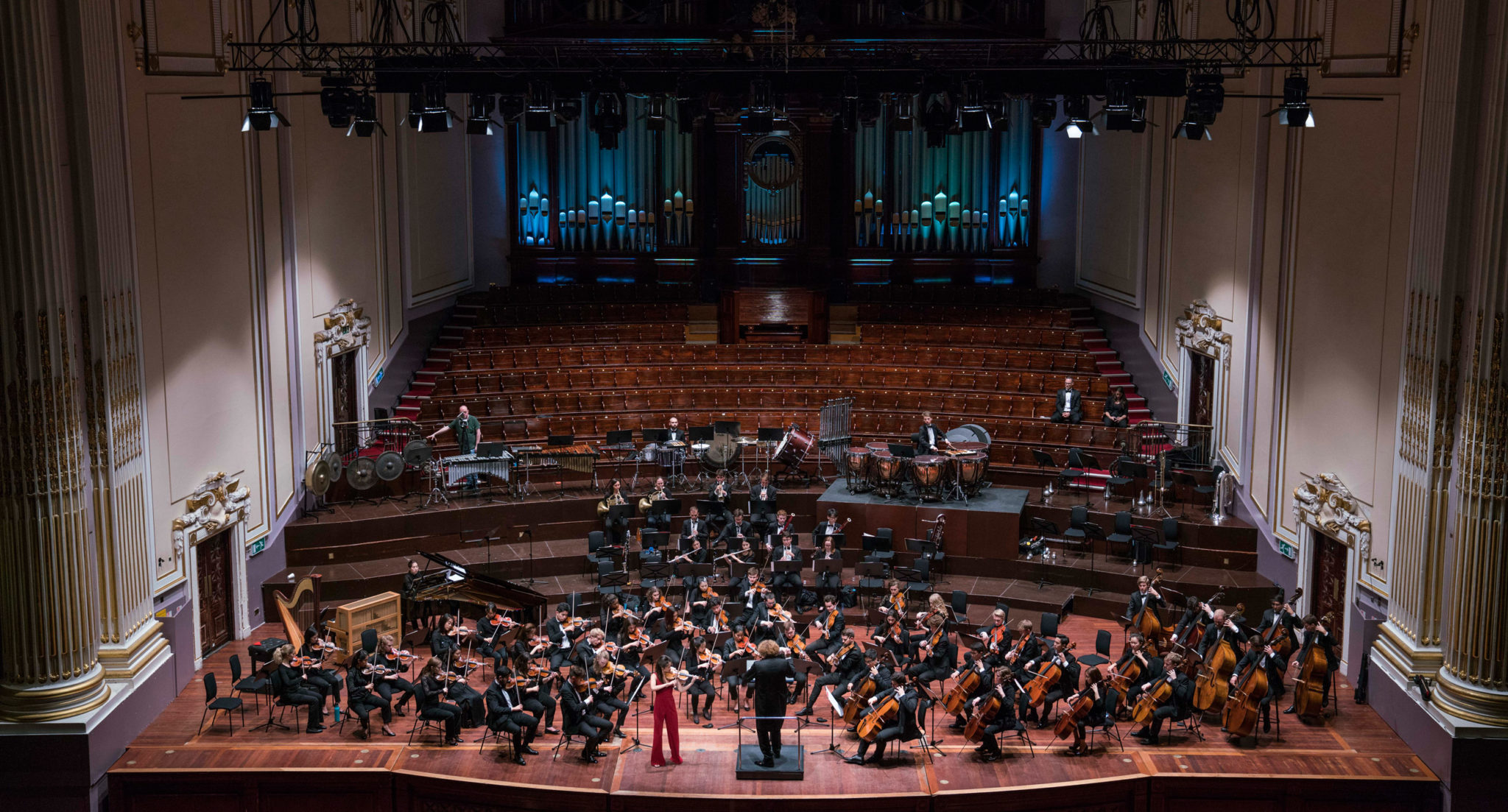 The Colburn Orchestra’s first performance abroad was at Usher Hall, as part of the Edinburgh International Festival.

Two concerts in two countries in just five days—the Colburn Orchestra’s first international tour to the U.K. and Ireland in August was a whirlwind of rehearsal, travel, and sightseeing. Under the masterful direction of Stéphane Denève, the orchestra played for enraptured audiences at the Edinburgh International Festival in Scotland and the National Concert Hall in Dublin, Ireland.

Before flying overseas, the orchestra, a mélange of current Conservatory students and alumni from across the school, met and rehearsed over just two days before performing a preview concert at The Soraya in Northridge. Conductor Christopher James Lees was able to collaborate with Denève in preparing the orchestra here at Colburn.

“It was indeed a pleasure to work with these gifted Colburn musicians, especially during such a compact and intense time. The magnitude of their collective talent was matched only by the strength of their collective focus. Not only were they responsive and flexible, but their virtuosity and professionalism shone through in the Los Angeles performance,” Lees said about working with the orchestra.

A few short hours after the preview concert, orchestra members and tour staff alike were up bright and early, ready to begin the long journey to the U.K. Despite the perils of flying with instruments and suitcases full of scores, everyone and their cellos made it in one piece.

After a night to explore and get their bearings, the orchestra was ready to jump into rehearsals with Maestro Denève. “From the very first rehearsal, the orchestra sounded great for him,” Conservatory Dean Lee Cioppa said. “And they loved him. At the end of the first rehearsal they spontaneously broke into applause.”

The mutual admiration between conductor and orchestra showed when the Colburn Orchestra performed Esa-Pekka Salonen’s Nyx, Barber’s Violin Concerto with Conservatory soloist Simone Porter, and Rachmaninoff’s Symphonic Dances for a full, appreciative house at Usher Hall as a part of the Edinburgh International Festival (EIF). As a festival of invitation-only performances with a knowledgeable crowd of international attendees each year, EIF was the perfect opportunity to debut the Colburn Orchestra abroad.

After a successful high-stakes performance in Edinburgh, the orchestra was able to relax a little during their final concert at the National Concert Hall in Dublin, finishing the tour with a standing ovation. “I think they played even more brilliantly,” Dean Cioppa declared.

When they weren’t garnering rave audience and critic reviews for their performances, orchestra members had time to explore historic Edinburgh and Dublin. For some students, this was their first time traveling internationally. Luckily, Scottish violist and current Conservatory student Liam Brolly and Provost Adrian Daly, who studied at Trinity College in Dublin, were able to share tips, tricks, and food recommendations for their respective cities.

A group of current and former Colburn students, orchestra members also had the rare chance to connect with others with similar experiences. Percussion alumnus Derek Twyoniuk, a 2015 Master of Music graduate, was touched by the sense of community that he felt on tour.

“Between the current students and alumni, not all of us had performed together previously, but there was still this palpable shared tradition. An undeniable part of each of us was made at Grand and 2nd. Being able to showcase that common history in places that many of us were experiencing (together!) for the first time is a memory I will cherish,” he shared over email.

“We started touring with a bang at a hugely important festival, and got great reviews and a warm reception. Now we have an idea of what it takes to tour, and we feel that it’s really important for the international profile of the school to do things like this. So I think we will tour again; this is really just the beginning. We have an international-level orchestra, and we really want people to hear it and learn more about the school and our amazing students,” Dean Cioppa explained. 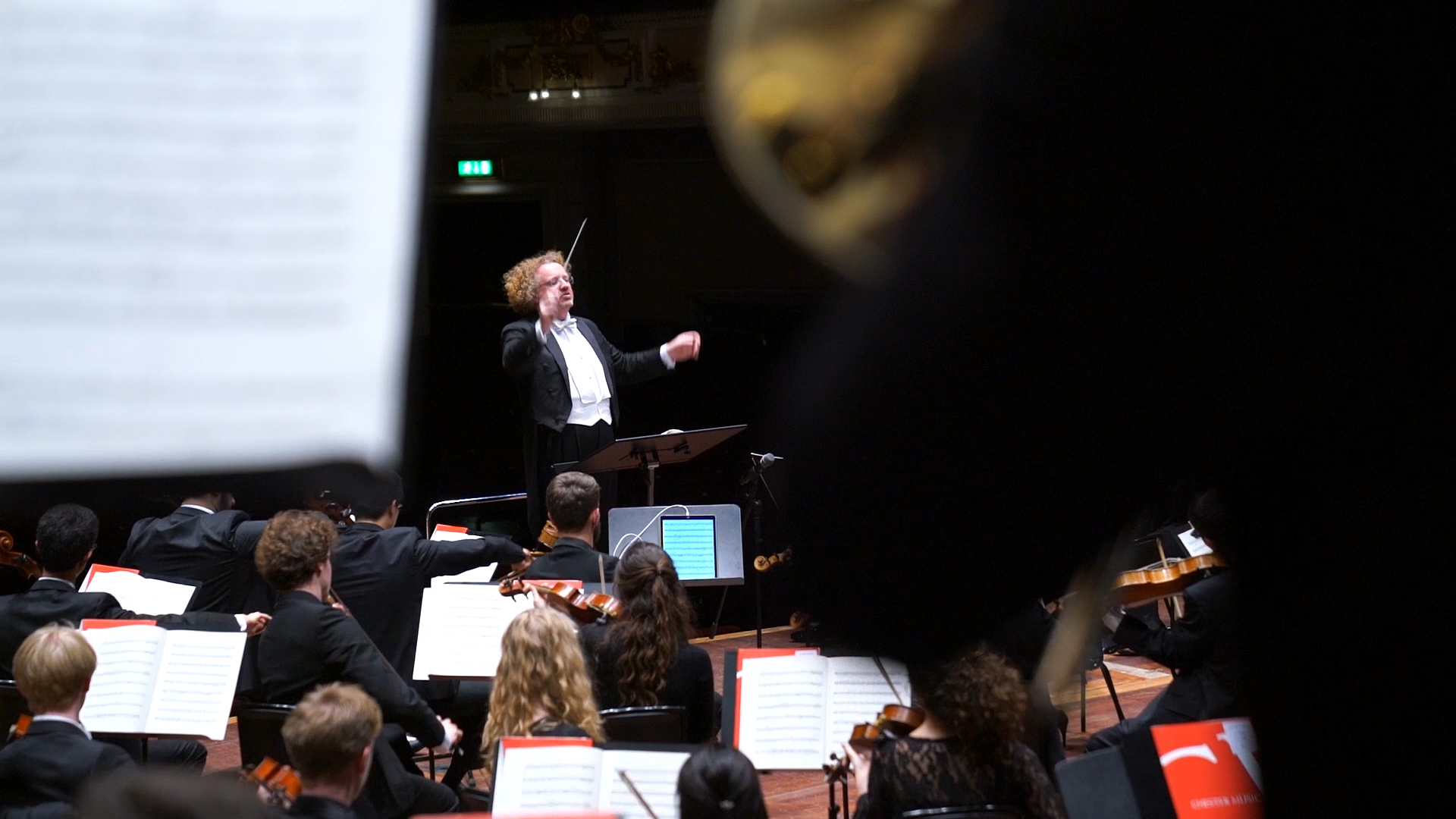 View highlights from the Colburn Orchestra's trip to Edinburgh and Dublin.

See the Colburn Orchestra in concert this season at venues across Los Angeles. Get your tickets today.