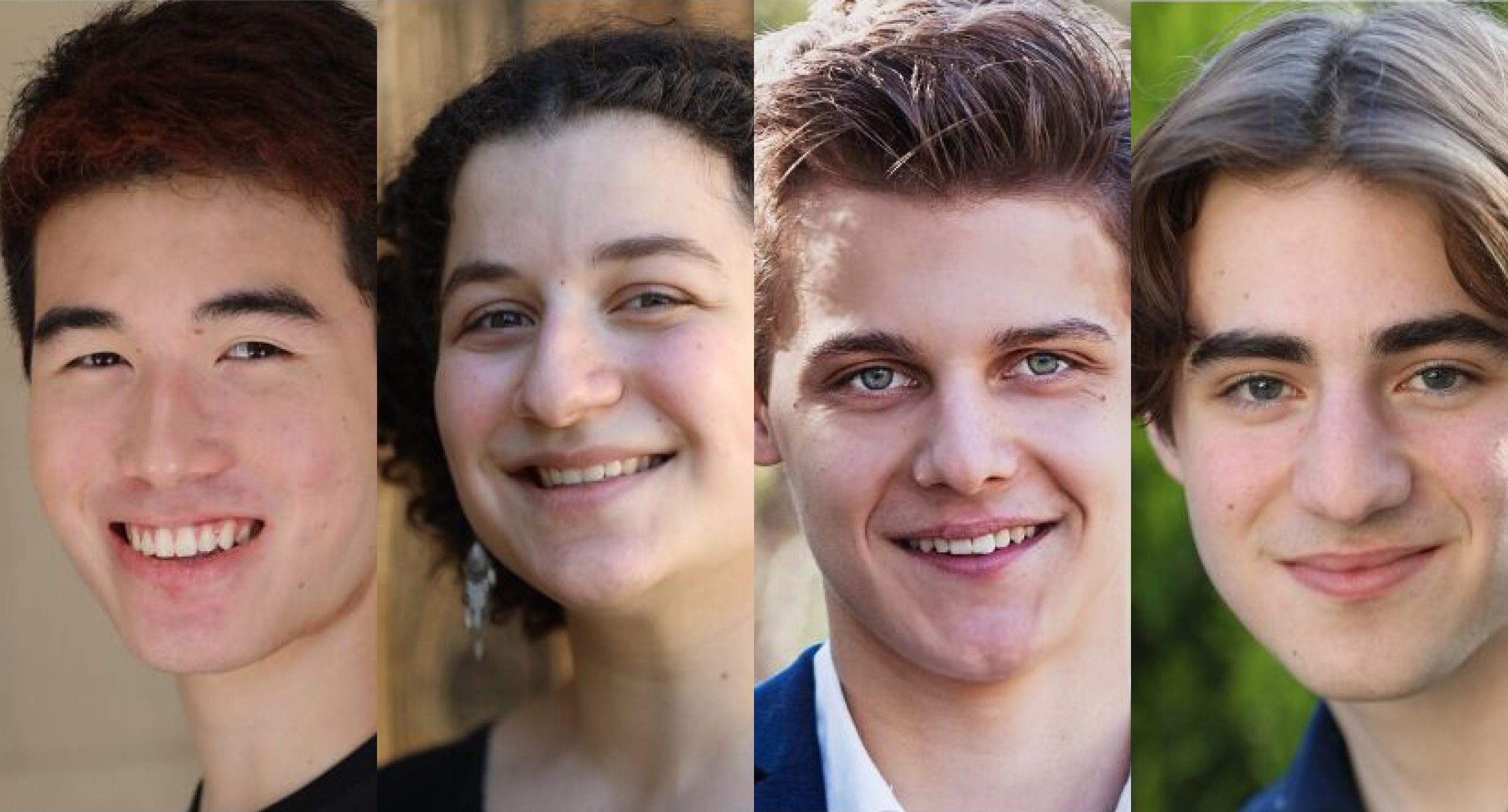 Each year, Colburn is proud to have numerous students participate and be honored by the Music Center’s Spotlight Awards. More than a competition, Spotlight is a scholarship and arts training program that emphasizes preparation, courage, critical thinking, and perseverance for students.

Colburn students swept the Classical Instrumental finals in 2020. Violinist Albert Gang, a Music Academy student studying with Margaret Batjer, and clarinetist Anoush Pogossian, a Community School student studying with Michael Yoshimi, were the two Grand Prize finalists. They will each receive a new Colburn prize of $2,500, funded by Jerry and Terri Kohl, to support their continuing artistic development. Anoush Pogossian also recently received the exceptional honor of being named a 2020 US Presidential Scholar in the Arts.

“Albert has been my student since he was 12 years old and seeing his development over the past six years has been a joy to watch,” said Margaret Batjer. “It is very meaningful to see his time at Colburn end on such a high note. His talent and hard work has come together in such a wonderful way and I know he is ready for the new challenges ahead at Yale University.”

Colburn students also received special honors in the other categories of the 2020 Spotlight Awards. Of special note are Grand Prize Finalists in the Jazz Instrumental category Ethan Avery and Kai Burns, both members of the Colburn Thursday Night Band directed by Lee Secard. “In order for students to flourish there must be a way to test their skills as well as developing them,” said Secard. “Kai and Ethan have been outstanding performers throughout their high school years. They have both contributed greatly to our best groups as players, composers, and improvising soloists.”

In total, 30 Colburn students advanced to the semifinals, in the process benefited from master classes, personalized feedback from distinguished judges, audition experience and coaching, and more.

This new $2,500 award supports the continued educational and artistic development of Colburn Grand Prize Finalists in the classical instrumental category and will be available again next year for Colburn Grand Prize Finalists in this category. Colburn and our students are deeply grateful to the Kohls for their support of this prize and other endeavors at the School which support artistic development, including the underwriting of the Kohl Scholars full scholarship program at the Music Academy.

“The Grand Prize for Spotlight is quite an accomplishment in itself, but the added honor of the Kohl award is really the icing on the cake,” said Michael Yoshimi. “This award money could really facilitate the growth and development of a young student…[and] every little bit helps a student on their journey to realizing their direction in the future. We are really thankful for the Kohls’ generosity and willingness to support our students.”

Reflecting on the experience, Albert Gang said, “I would absolutely recommend this experience to other musicians. From constructive feedback from the judges to master class opportunities, I have learned and grown so much as a musician. I am so grateful to Mr. and Mrs. Kohl for this special award.”

Anoush Pogossian added, “It has reminded me that I play the clarinet because music is my chosen form of communication; it is how I express emotion and how I push myself to be vulnerable and authentic when I present myself to those around me. So it’s a really special feeling to know that someone listened to my playing and heard what I wanted them to hear—that the love and dedication I put into this art translated. I’m humbled that my playing spoke to the judges in that moment, and am incredibly grateful for their support.”

Congratulations to all Colburn Spotlight honorees on their tremendous accomplishment.