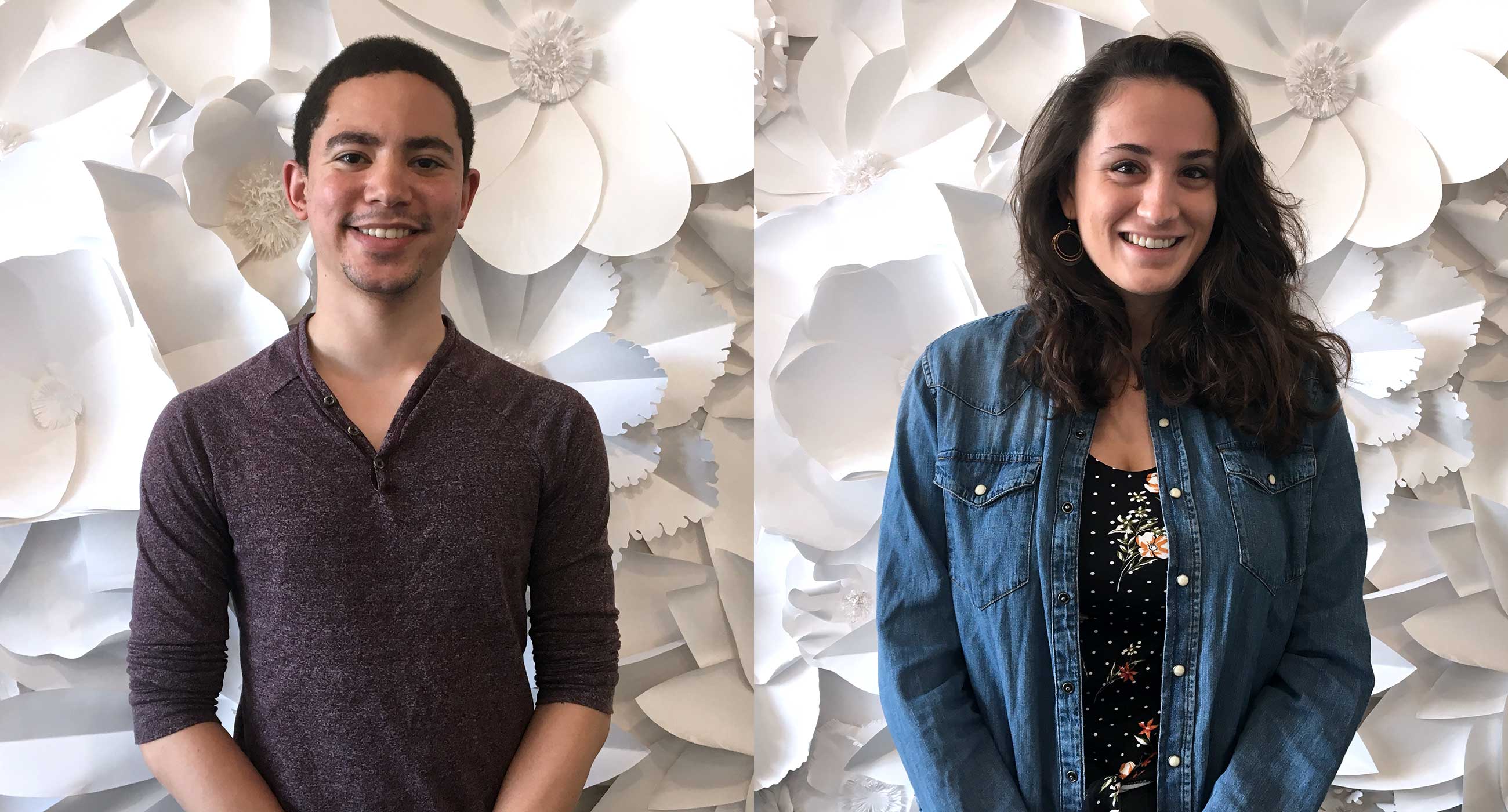 Commencement 2019 will feature Anthony Trionfo (MM, flute) as graduate speaker and tuba player Cristina Cutts Dougherty (BM, tuba) as undergraduate speaker, both nominated by their peers to represent their class.

Anthony Trionfo, a flutist with a thriving solo career, is also the charismatic voice of Performance Forum, nimbly introducing students and welcoming the community, which he’s done for the better part of his final year here at Colburn.

Cristina Cutts Dougherty is an award-winning tuba player, often the only woman in the low-brass section, who will make her way to Curtis in Philadelphia for graduate studies after she completes her RA duties later this summer.

They’ve spent their final weeks at Colburn reflecting on their shared experience as students, which they both readily admit has been demanding. From learning to work in the professional space as an artist to finding a sense of community as a continuously evolving musician, they are combing through their changes and challenges to bring the significance of their personal stories to bear on an audience of their classmates, families, and the Colburn community at large.

“Being a student here has pushed me musically and as a person in unimaginable ways,” Cristina explained, “This place pushes you to find your limits and then challenge them.” When Anthony was asked to sum up his time here in one word, he blurted out “adaptation,” without missing a beat. “I’ve been here six years, and so much has changed.”

Drama chair Debbie Devine met with them to help prepare for Commencement. Drawing connections to their practice, she pointed out, “It’s about knowing what you’re going to say, committing it to your heart and brain, but leaving room for the pauses and reactions that dialogue gives you.”

“I’m just talking to myself out loud a lot,” Anthony laughed. “I know what I want to say, but I’m still trying to figure out how to word it in a relatable way.”

Cristina reflected, “I think a lot of my speech solidified while watching my peers play [in their recitals]. Every person in my class struggled here and now each one of them are truly phenomenal at what they do. We really grew up here.”

As they move on to their next chapters, new challenges await, including some level of uncertainty. Cristina plans to study at the Curtis Institute, and Anthony will continue his solo career, though both will be taking as many orchestra auditions as they can. Thinking about where he would end up, Anthony said, “Wherever the orchestra takes me.”

Yet while they can’t know what the future holds, they will continue lean on the community they’ve helped to shape here. “It’s inspiring to watch each one of [my classmates] moving forward, and it makes me feel deeply connected to our Colburn experience and what music has given to us,” Cristina contemplated.