Commencement Speakers Reflect on Time at Colburn, and What’s Next 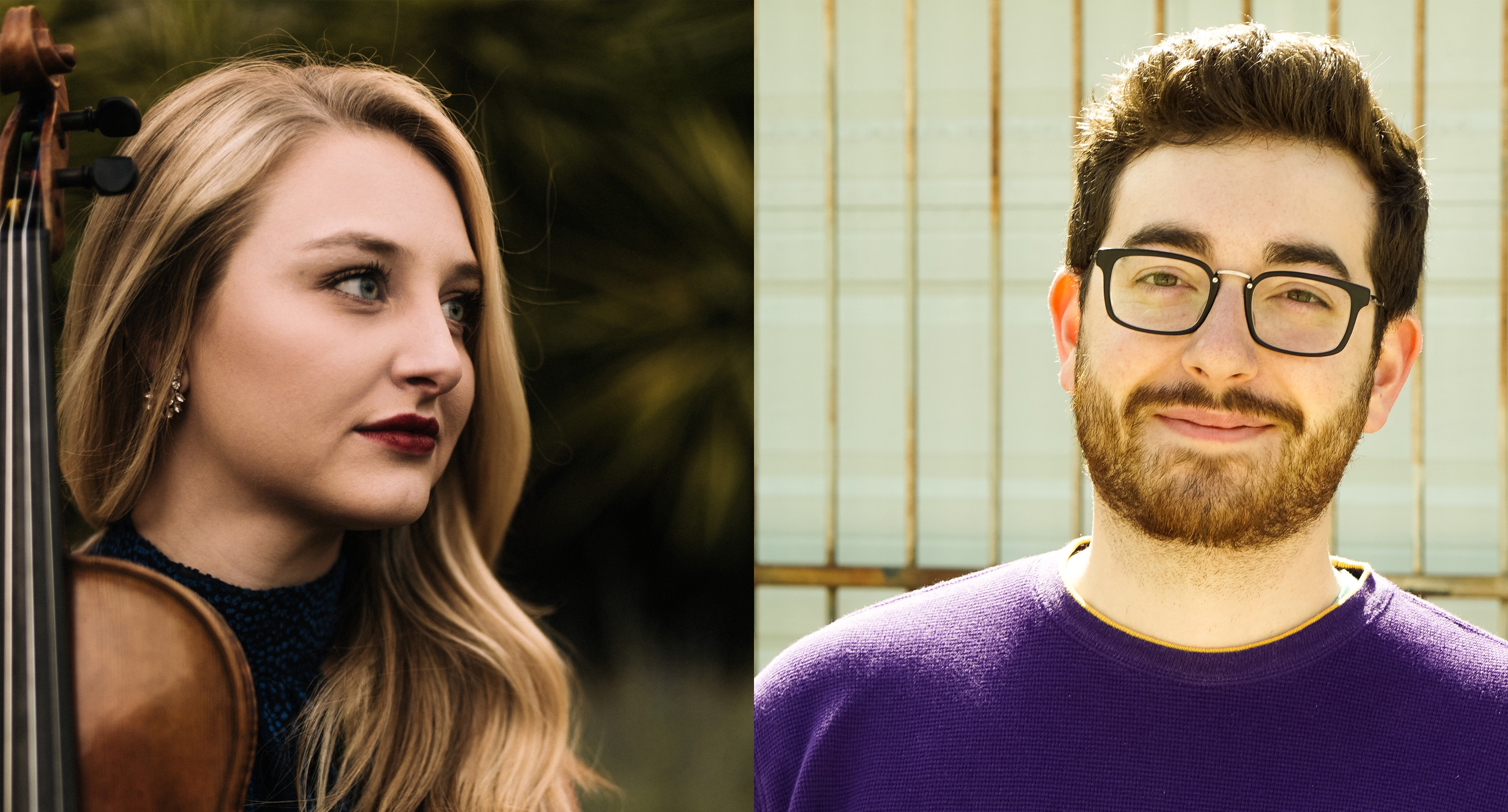 “Colburn is such a small, but powerful community inside LA,” said Amelia Dietrich, undergraduate student speaker for this year’s Commencement, while snacking on hummus in the Colburn café.

“Definitely,” agreed graduate student speaker Joseph Merchant. “The amount of intimacy gained from just physically being near the same people all the time – there’s an unspoken sort of energy that fluctuates together.”

Amelia, a violinist, has studied at Colburn for three years and, in that time, has grown to appreciate the opportunities and challenges of the community’s closeness. Living, studying, and rehearsing with the same people for years breeds an extremely supportive cohort.

But they agree that at times it can feel constricting.

That’s why she and Joe, a bassoonist who has been at Colburn for two years, have actively found ways to branch out. “Eating is my hobby,” says Amelia. “I’ve really gotten to know the LA food scene, and that’s been one of my favorite parts of living here. It’s been a really great way to explore LA.”

Joe and Amelia tout the virtues of being well-rounded, especially as musicians in a small school like Colburn. Although Amelia played violin growing up, she never thought she would be at a conservatory. She started college as a pre-med student, and took those two years to seriously practice violin before deciding that she wanted to pursue it as her true passion.

Joe completed his undergraduate degree at the University of Cincinnati College-Conservatory of Music, where he took advantage of the university’s non-music classes and was “one British literature class away from being a poetry minor.” Besides reading and writing poetry, he also held part-time jobs serving tables at restaurants, which gave him a refreshing break from music and a different perspective on life.

“I’m so, so thankful to have come here with outside life experience,” Amelia gushed.

“It has helped me get a better idea of how I want to utilize everything that Colburn offers,” agreed Joe. “I wouldn’t be getting the best out of the experience if I had nothing to outside of Colburn to compare it to.”

In the fall, Amelia will be pursuing a Masters of Music at Juilliard with Ida Kavafian.

Joe is returning to Los Angeles after the summer and will be freelancing as he prepares for auditions. “It’s very rare for a Colburn student to graduate without a job or plans for grad school, but I’m just excited to exist as a non-student for the first time.”