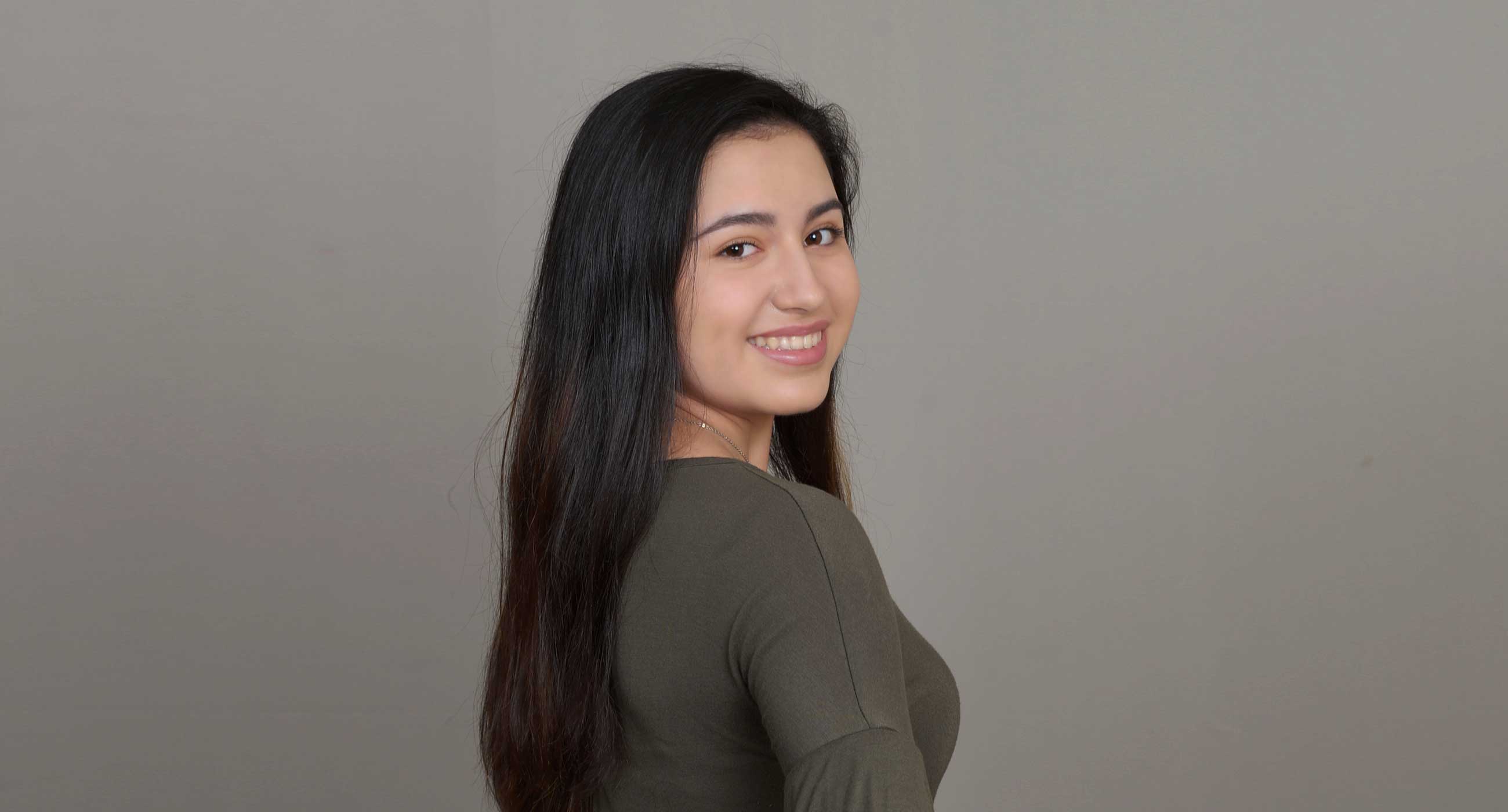 Gianna Pedregon, 15, is a violinist in the Colburn Jazz Workshop’s Monday Night Band, directed by Lee Secard. She is from Whittier, California. This is her first year at Colburn.

How did you choose to study at Colburn?
I had heard from one of my friends that Colburn had a jazz program. I thought, that’s interesting, I thought they only had classical. So I came and saw a couple performances and I was like, this is really good. I should see if I can get into this. Later, I went to the Monterey Jazz Festival and the director Lee Secard approached me and he talked to me. I was like, I probably have a chance if I asked him if I could be in the program. I went to the [jazz] summer camp and eventually he said yes.

How’s Colburn been for you so far?
It’s great. All the people here are really great musicians. They’ve all worked really hard to be there. And yeah, it’s a great pleasure playing with them.

Why do you play jazz?
I played classical for six years and I loved classical, but I saw this violinist playing by herself and she was just looping on this pedal. She was looping cords, a bass line, and other things, and started soloing over it, and I was like, oh my gosh, this is so cool. I want to learn how to do that.

So I got a teacher and I just felt that jazz allowed me to be more expressive in what I wanted to play. In classical music, you are very expressive as well, because there’s so many ways you can play things, and it can sound differently depending on how you wanted to sound.

But jazz for me was more like what I wanted to play, like I could make up the notes and I could formulate a song that’s never going to be played again. It’s improvising, it’s just on the spot. You can just create something and I wanted to learn how to do that. And I feel like that was like one of the best decisions I ever made, the switch to jazz. It’s so cool.

I also play in big bands at my school. There’s no violin parts most of the time. I mean, there’s been one, like one time, because that person arranged it for me. Normally, I’ve had to just transpose. Actually, I’ve played pretty much everything except for trombone, bass, and drums. I’ve played trumpet parts, I’ve played saxophone parts, alto and tenor. I’ve played guitar parts, piano parts, just like anything that they can give me. So it just depends on what my director wants me to play. I’ve adapted my way into the jazz world listening to all the greats in jazz and just trying to fit in, but it’s worked so far.

But there’s more similarities than I did expect, because I’ve learned how everyone needs to be so focused and so communicative without physically telling people, this is what we’re doing now. Let’s do it, one, two, three. So you have to be very communicative and I’ve always tried to do that. But I realized that there’s no real leader in the group. It’s more like, you are all following each other. I didn’t realize how important that was until I came here. People here are more at my level, and it’s better to work as a group than to have one person in charge. It just works better because then everyone’s minds are thinking the same.

A lot of the styles of music that we play here are, I don’t want to say they’re different. But normally with a simple form of a standard tune, I would just look at it like, well, it’s a standard. But here it’s like, no it’s a standard, but look at all these things you can do on it. I can do all these things that I never thought worked on this part. This place is more inspiration for me to keep working and to keep practicing. Always having someone better than me makes me think, I need to get to that level. And having everyone be super supportive of everyone else and what we’re doing, and having a director and a teacher who is really pushing us, I think that’s really cool.

What do you hope to do with music in the future?
I plan to go to college for music. I think I want to be a performer mainly, but also I write. So I would want to do compositions or arrangements, and maybe later also be an educator because you know, it’s always nice to have a stable job in music that you can rely on. Those are the three main things that I’m interested in.

I would like to continue with jazz. A lot of people tell me, you should explore other things. I’m like, yes, I know. But there’s not a lot of violinists in jazz and the few that I do know of are the famous ones, and I can’t just like call them up and be like, hey, what did you do with your career? How did you get here?

You have to figure that out by yourself. A lot of people have asked me, what are you gonna do with your life? I’m like, well, you just kind of have to budge your way through it. You have to fight basically, because no one really understands violin in jazz, like what is this? I don’t understand how to accommodate you in this.

Well, I need to keep explaining. It’s persistent explaining. So I think that I can succeed, but I just need to really push my way through it and let people know what I can do and get myself out there. I know it’s not typical, but it works. And if you can see that, it’ll be cool.

What are your interests outside music?
I have been interested in actually many other things, now that I think about it. Music has always been a central part of my life. So I was always like, okay I kind of like this, but it’s not music. I like science, a lot actually. Biology is pretty fun. I wanted to be out biotechnological engineer and I was like, this is so cool because I wanted to invent things.

And then there’s the business side. Business is always important no matter what, even with music because you need to sell yourself. You need to get yourself out there and you need to know how to manage yourself and self-promote and manage whatever money you get. So no matter what I do, I should probably know something about that. But I’ve never really liked anything else, like I wouldn’t really want to do anything else as a career other than music or science.