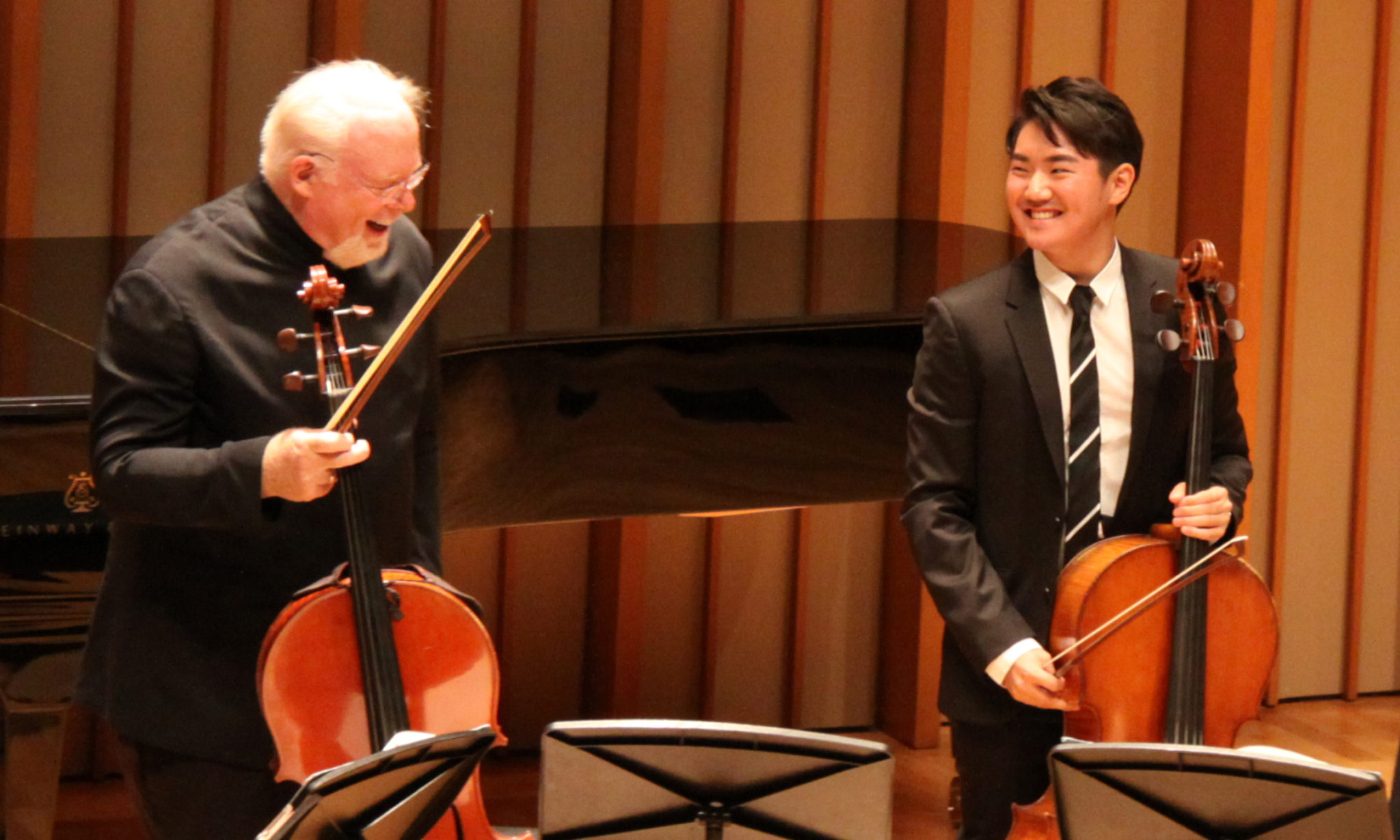 Charles Seo, a senior in the Conservatory of Music, has been playing cello for 12 years. He was born in South Korea, but moved to Houston, TX with his family when he was nine years old. After he graduates with his Bachelor of Music, he hopes to study in Germany for his master’s degree or play in a professional orchestra.

Why did you decide to study at Colburn?
Because of Mr. Leonard. That’s the main thing. Money wasn’t really an issue for me because I was fortunate to get scholarships from other schools, but Mr. Leonard was able to provide what I really needed at the time, which was instruction on bow technique. He’s like a grandfather to me. I’ve learned a lot from him and I wouldn’t be where I am today without his support.

What’s your favorite thing that you’ve been involved with at Colburn?
Chamber music. My quartet is starting to click and we really love playing with each other. We’re planning to compete this year in Fischoff and we’re thinking about doing the North American String Quartet Competition too.

When I play Colburn Chamber Music Society concerts, and I have the chance to work with great artists, that’s when I improve the most and learn so many things that I’ve never even thought about. I think it’s really important to have people like that around you.

I got to spend a lot of time with Lynn Harrell last week because I played in his master class and also performed in the concert. It was the best moment of my life. He’s not only a great cellist, but he’s such a wonderful person—so sincere, encouraging, and inspiring. He taught me so many things. I actually met him before at his competition, the Lynn Harrell competition, when I won the gold medal in 2014.

One really inspiring thing that he taught me was to bring out my internal emotions and express them in a way that the audience is able feel all the way from their seats. I learned that I have to exaggerate a lot more than I usually do, especially on stage.

What’s your favorite thing about Colburn?
The environment here is supportive and encouraging more than competitive. I really like that, and I feel so lucky to be here.  I have friends at other schools and they’re all about competition. Some amount of that is good, but if it’s too much it can even get in the way of friendships.

What’s one piece of advice you’d give to other students?
It’s really easy to feel trapped in this building, both physically and mentally, so my advice would be to set goals and give yourself something to work towards so you don’t find yourself circling around the same pattern every day. Everything happens in this one building, so it’s easy to feel stuck.

I competed in the Tchaikovsky competition, and I was only there for a week, but it was so different from other competitions I’ve done. Everyone there was in their own little bubble and knew exactly what they were doing—it was like a war zone. It was very inspiring and I learned a lot from being in that environment, away from Colburn.

What’s one fun fact about you?
My Korean name is Chanyoung, which means to praise the lord with music. I’m trying to live up to the name. I also go to the gym here everyday at 7 am, when no one is there, and like to travel and hike in Griffith Park.