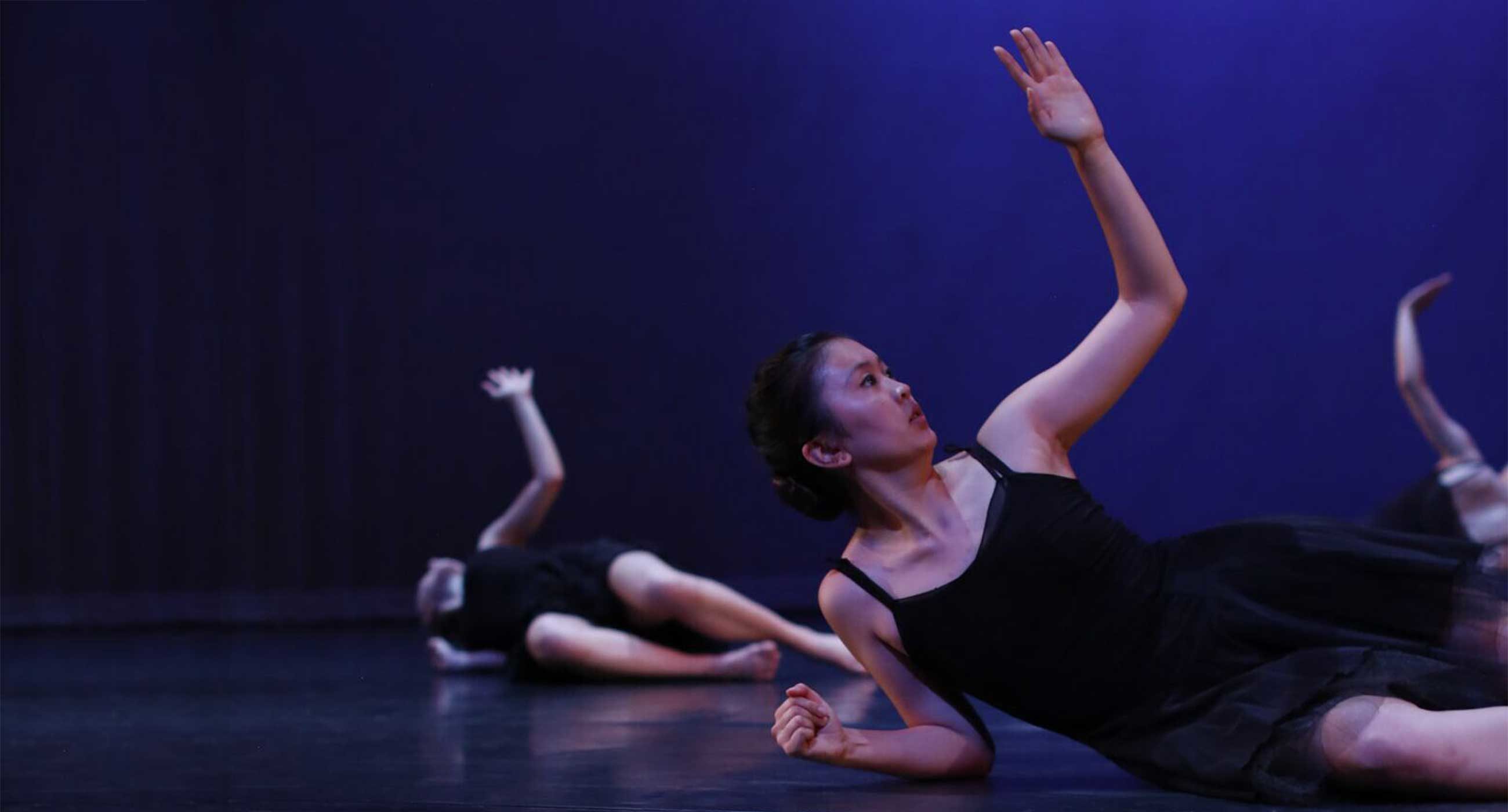 Elise Noda, 17, is a Level V modern dancer from Altadena, California. She has been taking dance classes at Colburn since 2010, including modern, tap, jazz, and ballet.

Why did you choose modern over the others?
Ballet has a really strict schedule and it’s really demanding, so with academics, senior year, college apps, and everything, I just did modern.

What do you like about modern?
I like how it’s abstract. It’s less traditional in an artistic sense. For me, that’s a little more freeing in a way. Ballet has a set technique, and so does modern, there are different genres, but there are more opportunities for you to add your own personality into it.

Why do you love dancing?
I grew up in an artistic family. My mom is an artist, in terms of visual art, and my dad’s a musician, but none of those really fit in with me, so I decided to go with dance. I have a lot of stress bottled up in me, you know because of school, so dance is just a way to liberate that and to express myself, which I really love.

Our dance department has a new partnership with the Merce Cunningham Trust. What does that mean for you as a student?
You can’t be taught Cunningham unless you’re a designated stager, so we’re working with a stager that Tamsin [Carlson] brought in. Her name is Susanna [Hayman-Chaffey]. She’s teaching us a piece called Scramble. It’s out of Merce’s repertoire and it’s really interesting learning from a first-generation Cunningham company member. It’s been an experience, but one that I’ll probably never get again.

What’s the significance of Cunningham?
Cunningham is a certain genre of modern. Merce didn’t exactly focus on storytelling. The way Susanna put it was, what can you do with your body, limbs, arms, and legs, and what are the limits? That is really shown through his choreography. It’s different from Graham and different from Horton in that sense. Tamsin got to study with him as well so that’s really great.

What’s the idea behind Scramble?
The idea with Scramble is that we’re learning different sections, like individual sections, and Scramble is when you can just roll the dice, and certain sections will come up randomly, and you can rearrange it every time you perform. We will be performing it in the winter and on our spring concert.

How do you choose the sections?
The way Merce did it was, you flip a coin, or you have a group of objects and each object was assigned to a section, and you kind of tossed it in the air. That’s how Tamsin did it one year, and you just line up the objects that we saw visibly, and that was the order of the piece. It’s really random and it’s sometimes hard to re-choreograph certain transitions. I don’t think we’re going to do that with Scramble in particular because we have such a limited amount of time, because it requires a lot of time to orchestrate all these little transitions. But that’s the idea of Scramble, that you’re able to randomize it.

What are some of the other things you’ve been involved with at Colburn?
I think the most recent thing was Summer Encounter. That was really, really fun. This was my first year doing it. I heard about it from my friend Masha and a few tap friends and they told me it was one of the most rewarding experiences they had, so naturally, I was curious. I love working with kids, and I volunteer with foster kids outside of this, so this was just another leg to expand my horizons. Being able to incorporate my art form with working with children, that was just a great mashup of everything I love.

What are some of your other hobbies?
Recently, I’ve taken an interest in film. Both my parents have worked in film. My mom’s an animator and my dad’s a film editor. Their friends are all connected with me, so I see them a lot and I’ve been kind of immersed in that world, so naturally I would take an interest in it and it’s become a passion of mine. I love analyzing films, and I’m starting to create my own films, so it’s really cool.

What are your plans for college?
I do intend to keep dancing, but I don’t know if that’s going to be my main focus. I’m never going to give it up, I really hope I don’t. But I think I’m going to go with film. Right now that’s my mindset, subject to change. I think I’m going to do something academic as well, like a double major or a minor. I’m looking everywhere: Canada, East Coast, locally. My thing is that I need to be near a body of water, so either coast is totally fine.