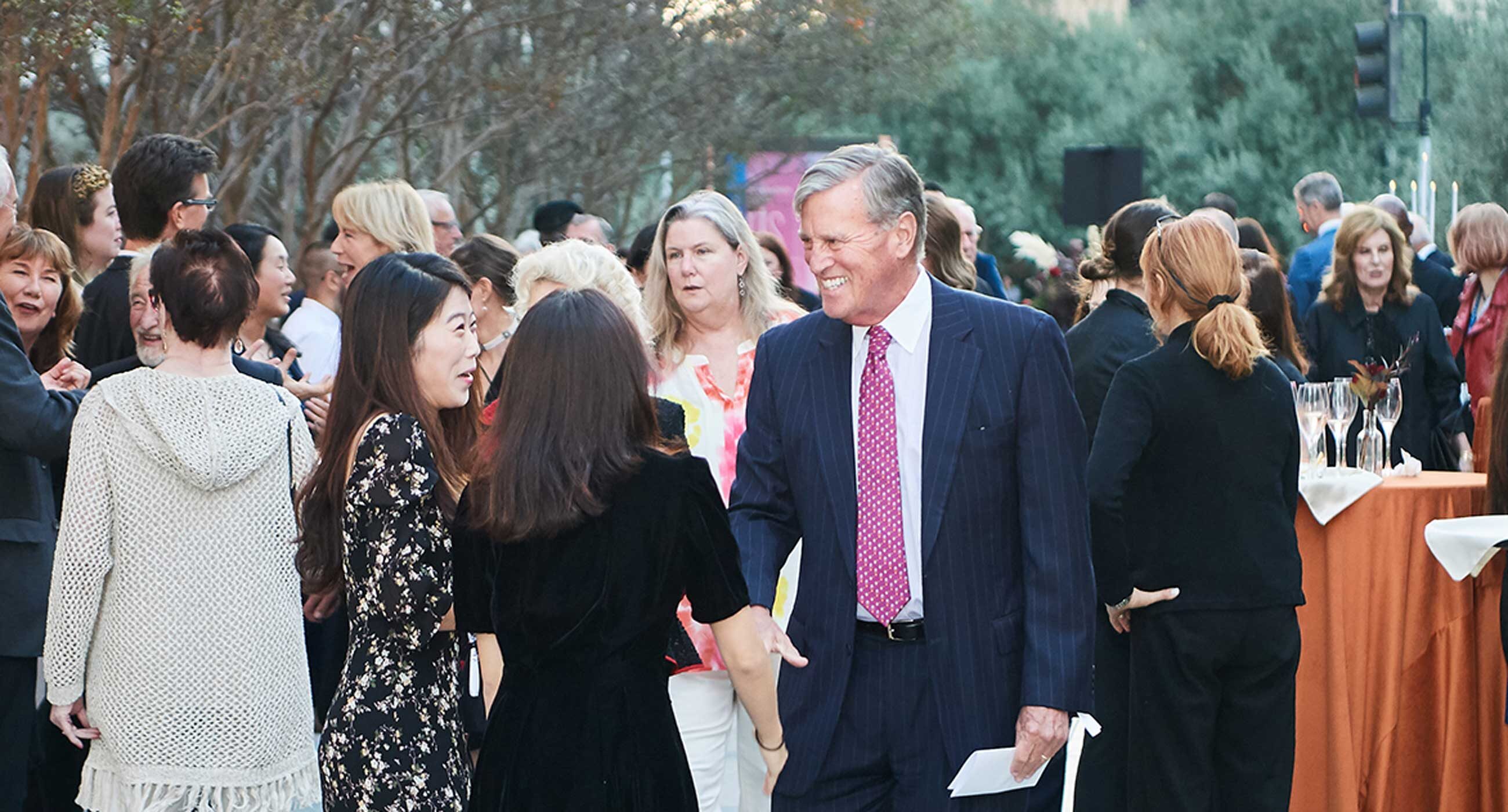 Bill Kennedy, a friend and supporter of the Colburn School since 2015, sits down with Amy Bryan and Parisa Zaeri to chat about his first encounter with the School, his passion for the arts, and his commitment to the next generation of young artists.

A native of Philadelphia, Bill arrived in Pasadena in 2013 after an extensive career in newspapers on the East Coast. His work took him to Boston and New York, where he climbed the ranks from reporter, to editor, and eventually to chief operating officer of a group of community publications dispersed all over the country. Of his time on the East Coast, Bill laughs and quotes Mark Twain: “‘In Boston, they ask, how much does he know? In New York, how much is he worth? In Philadelphia, who were his parents?’ And so we ended up here [in Los Angeles], where none of those things matter.” Bill goes on to comment on his life as a Southern California resident, saying that he’s always really liked LA for its sense of energy, dynamism, and warmth of people.

Bill’s love for the arts began in his teens when he and some of his fellow classmates had the opportunity to visit New York City and see Rigoletto at the Metropolitan Opera. “At first, it seemed like a good excuse to get off campus and head into the city,” he says. “Little did I know that I would end up being hooked!” Flash forward years later, Bill’s serendipitous encounter at a Pasadena gym with a mutual friend of longtime Colburn supporter Alice Coulombe led him to Colburn.

“This mutual friend put us in touch, and Alice reached out and invited me to her home on a given Thursday. When I arrived, she told me to get in her car. ‘Are we going to the opera?’ I asked, knowing she’d been told of my experience on the board of the Boston Lyric Opera. ‘No, the opera doesn’t need you. But I’m taking you to some place that might.’ She dragged me over to Colburn, parked in the basement, and—completely unknown to me at the time —I ended up at my first Performance Forum. It’s now one of my favorite events at the School.”

In thinking back on his experiences as a young reporter and the mentorship he received, Bill’s commitment to the Colburn School and arts education is deeply rooted in ushering in the next generation of young artists at the cusp of their professional careers. He fondly mentions the Viano String Quartet and says that watching them learn and develop together and seeing their enthusiasm for their art is part of the magic at Colburn.

“It’s always been fascinating for me to get to know the people in an organization, and not just the organization itself. As you spend some time at the School, you start seeing familiar faces in the faculty members and students. You’re not just an audience member; you’re part of this circle of friends—this community—that Colburn offers. It’s an institution always in change and in growth. There’s no limit to the aspirations set at the Colburn School, and I find that incredibly exciting.”

We are grateful for Bill’s friendship and support of our students at Colburn as they continue to hone their incredible talents, and we invite you to join us in becoming part of this wonderful community. To learn more about how you can bring lasting impact to the Colburn School, please contact Amy Bryan at abryan@colburnschool.edu.