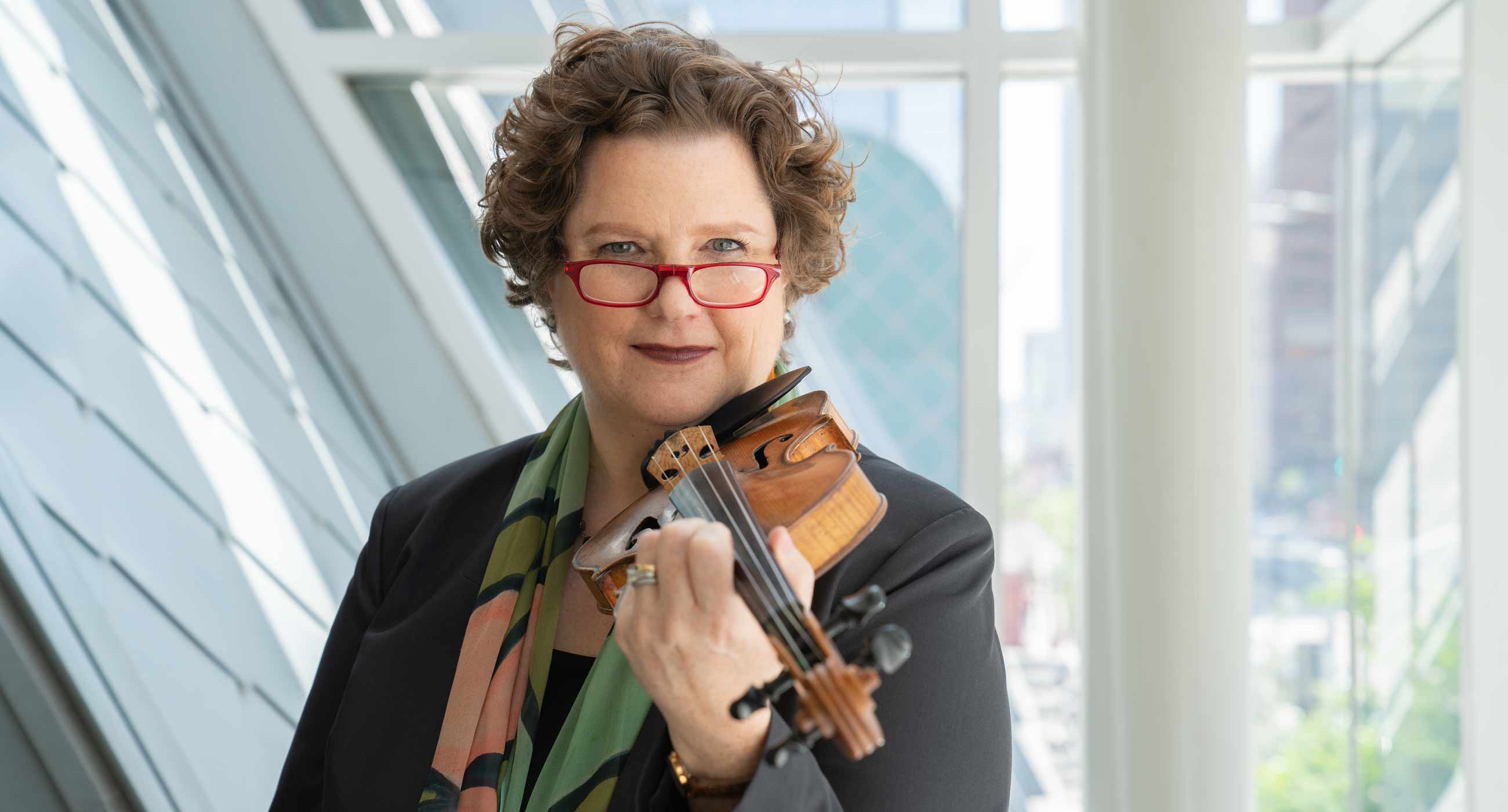 A graduate of the Curtis Institute of Music, Aimée Kreston served as Principal second violin of the Minnesota Orchestra and as Concertmaster of L’Orchestre de Paris prior to moving to Los Angeles.  A committed teacher, Ms. Kreston’s students have won numerous awards and attend the top conservatories in the country.

In 1989 Ms. Kreston became the youngest member of the Minnesota Orchestra and a year later won the post of Principal Second Violin in that ensemble. From 1993 to 1997 she served as Concertmaster of L’Orchestre de Paris, the only American in that ensemble. She has been privileged to perform, as concertmaster, with some of the worlds greatest conductors including Christoph Eschenbach, Wolfgang Sawallisch, Carlo Maria Giullini, Sir Gorge Solti, and Pierre Boulez.

After moving to Los Angeles in 1998, Ms. Kreston joined the Los Angeles Mozart Orchestra as Concertmaster, and in June of 2000, she was engaged as Concertmaster of the Pasadena Symphony. Ms. Kreston has performed in nearly every European country, having appeared as soloist at Amsterdam’s Concertgebow and as chamber musician at the Chatelet Chamber music series in Paris, the Reims music festival, and at the Queluz Chateau festival in Portugal. Ms. Kreston was a prizewinner of the Tibor Varga International Violin Competition in Switzerland in 1989 and at the WAMSO Young artist’s competition in Minneapolis in 1988.

Kreston is on the faculty of the Colburn School and the Pasadena Conservatory. Ms. Kreston’s students have won numerous awards, and her graduating seniors have been invited to attend the Colburn Conservatory, Indiana University, San Francisco Conservatory, New England Conservatory, Juilliard, and the USC Thornton School of Music, among others.

Ms. Kreston is the Executive Director of the Eastern Sierra Symphony, a summer music festival in beautiful Mammoth Lakes California, and a member of the Pasadena String Quartet.