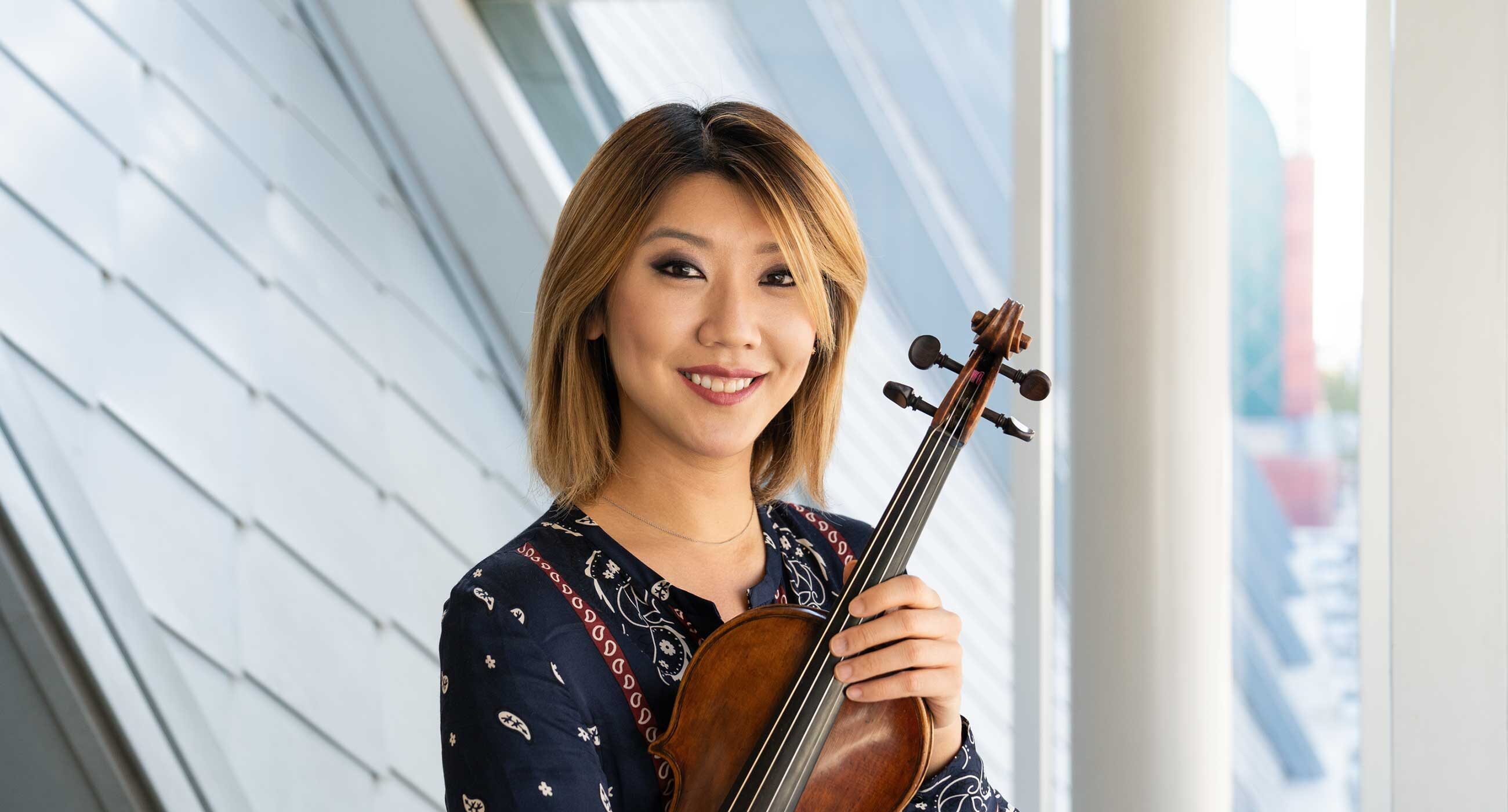 Hailed by The New York Times as “a brilliant soloist, … [who] played with extraordinary precision and luminosity,” violinist Fabiola Kim is one of the most dynamic players of her generation.

Hailed by The New York Times as “a brilliant soloist, … [who] played with extraordinary precision and luminosity,” violinist Fabiola Kim is one of the most dynamic players of her generation with a wide variety of repertoire from classical to contemporary music. Her recent engagements include a CD recording with Munich Symphony Orchestra that will be released summer of 2019, engagements with Munich Symphony, Nuremberg Symphony, Berlin Symphony, and Owensboro Symphony Orchestra.

An avid chamber musician, she has collaborated and performed with renowned musicians such as Lynn Harrell, Cho-Liang Lin, Paul Neubauer, Frans Helmerson, Marc Coppey, and Ida Kavafian at festivals like Ravinia’s Steans Institute and La Jolla Music Society Summerfest. As a fellowship student, Ms. Kim has been accepted to the Ravinia’s Steans Institute, Ishikawa Music Festival in Japan, the Courchevel Music Festival in France, and the Aspen Music Festival and School in Colorado; she has also taken part in Verbier Festival Academy, the London Masterclasses and the Mozarteum Summer Academy where she took master classes with Gyorgy Pauk, Zakhar Bron, and Vadim Gluzman.

Ms. Kim is an Artist Diplomia recipient at the Colburn School under the guidance of Robert Lipsett, and she is a Bachelor and Master of Music recipient of Juilliard under the tutelage of Sylvia Rosenberg and Ronald Copes. Her former teachers and mentors include Kyung Wha Chung, Namyun Kim, and Choongjin Chang. She is now on faculty for Community School of Performing Arts at the Colburn School.