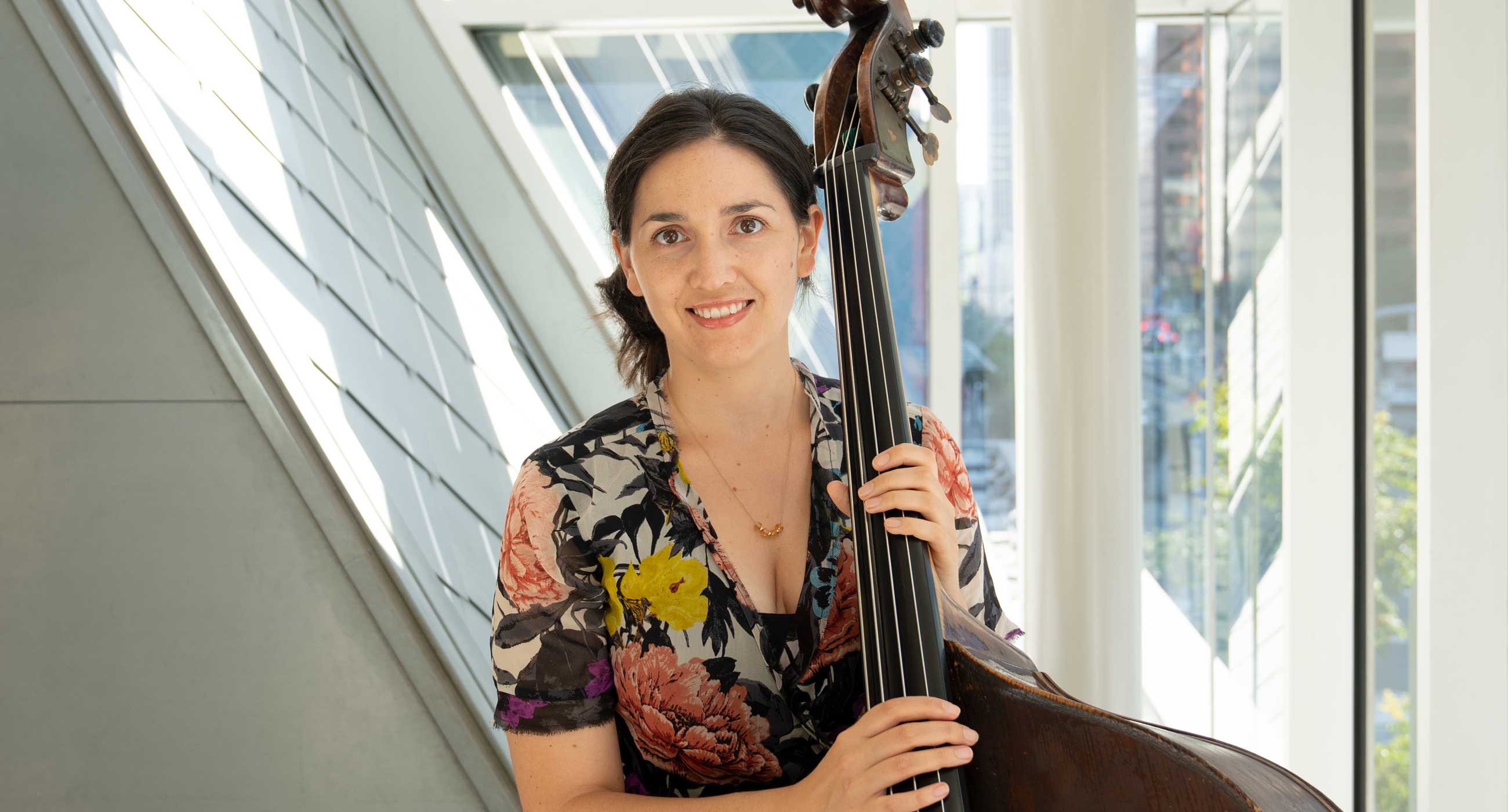 Katie Thiroux has become a bold standard-bearer for the emerging generation of jazz singer/instrumentalists.

“A multitasking talent who swings her bass with a Mack-truck-powered lilt that would make her hero Ray Brown proud, and who transforms her smallish voice into a thing of delight” (The New Yorker), Katie Thiroux has become a bold standard-bearer for the emerging generation of jazz singer/instrumentalists. Following her prodigious beginnings on bass at age eight and studies under renowned vocalist Tierney Sutton at 12, Thiroux was mentored by the legendary bassist John Clayton and was awarded a Phil Ramone Presidential Scholarship to Berklee College of Music. At the same time, she gained experience on the bandstand with artists including Terrell Safford, Terri Lyne Carrington, Branford Marsalis, Larry Fuller, Jeff Clayton, Patti Austin, Geri Allen, Helen Sung, Charles McPherson, and dozens of others.

She was a finalist in the 2015 Thelonious Monk International Vocals Competition, and her debut release as a bandleader from the same year, Introducing Katie Thiroux, received accolades from All About Jazz, the Huffington Post, the Jazz Journalists Association, and NPR Jazz, who listed the release among their Top 5 Debut Records of the Year. In 2017, she was asked by Quincy Jones to perform a 3-month residency at his venue in Dubai and was also a featured artist on Emirates Airlines. Her most recent album, “Off Beat,” was awarded a “Best Album Of 2018” by Downbeat Magazine as well as “Rising Star” 2018 and 2019.

Thiroux is dedicated to jazz education and outreach for students and audiences conducting master classes and workshops worldwide. In July 2019, Thiroux released an online course for the renowned website, Discover Double Bass and was asked to start a jazz camp in Maui, Jazz Maui Camp. In addition, Katie is the director of “Women in Jazz” for the Monterey Jazz Festival and is the number one selling artist on Capri Records.