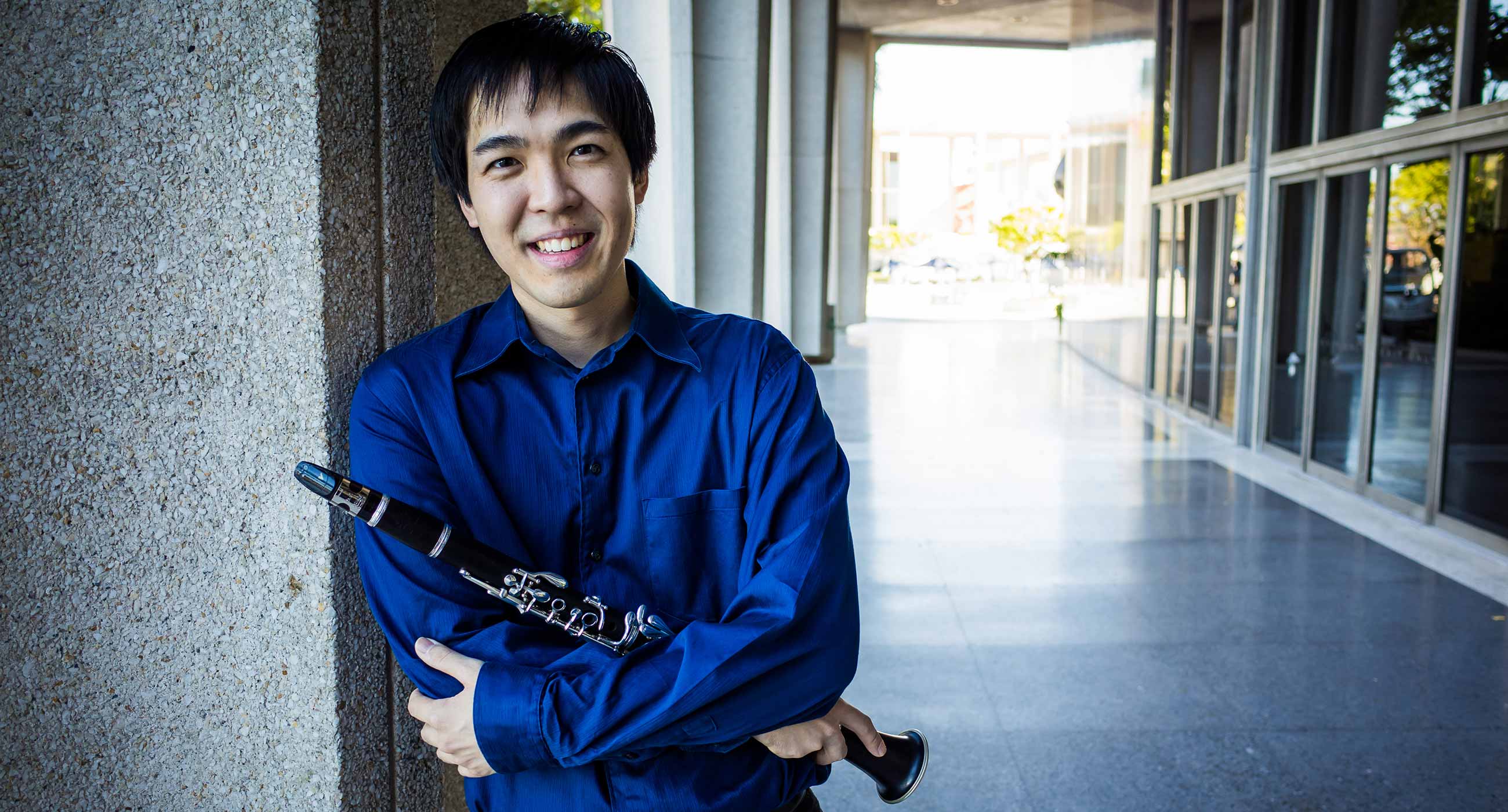 At 17, Michael made his solo debut performing the Mozart Clarinet Concerto with the Honolulu Symphony as a winner of their Young Artists Concerto Competition.

Hawaii born clarinetist Michael Yoshimi is an active performer and teacher in the Los Angeles area. He recently completed a Doctor of Musical Arts in clarinet performance at the University of Southern California under the tutelage of Yehuda Gilad. He previously completed a Master of Music at the University of Southern California and a Bachelor of Music from Northwestern University while studying with J. Lawrie Bloom of the Chicago Symphony Orchestra.

At 17, Michael made his solo debut performing the Mozart Clarinet Concerto with the Honolulu Symphony as a winner of their Young Artists Concerto Competition. Since then, as a soloist and chamber musician, he has participated in the Hawaii Performing Arts Festival and the Marrowstone Music Festival. He performed the world premiere of Morton Lauridsen’s Canticle forSolo Clarinet, as part of USC’s Contemporary Music Ensemble. As an orchestral clarinetist, Michael has performed with the Hyogo Performing Arts Center Orchestra in Hyogo, Japan, the Hawaii Symphony Orchestra, the Evanston Symphony, Lakeshore Symphony, and the Marrowstone Festival Orchestra, among others.

An avid educator, Mr. Yoshimi maintains a successful private studio of students from all over the Los Angeles area. In 2013, Michael was appointed to the faculty of the Colburn School’s Community School of Performing Arts in downtown Los Angeles. His students have gone on to take top positions in CBDA and SCSBOA Honor Groups, top honors in local and international competitions like the International Clarinet Association’s High School Solo Competition, and have been recipients of scholarships such as the prestigious Emerson Scholarship to Interlochen Arts Camp. Michael also serves as a Mentor Teacher for the Colburn School’s Jumpstart Young Musicians Program which currently serves 130 underprivileged middle school aged students in their first through fourth year of playing. During summers he has served on the faculty of the Interlochen Arts Camp and currently teaches at the Montecito International Music Festival.