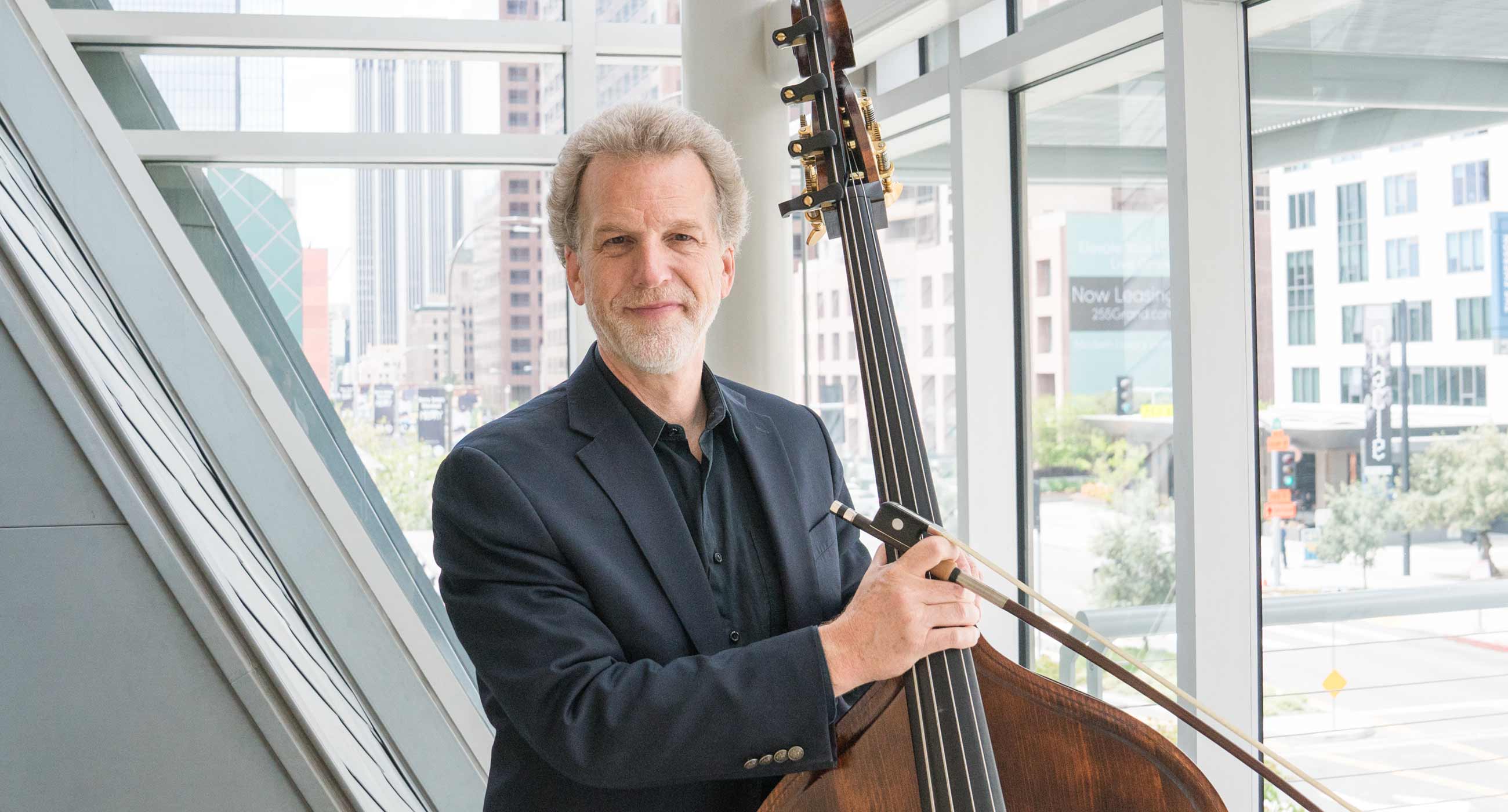 One of America’s leading orchestral and chamber music artists.

A native of Philadelphia, Peter Lloyd is a graduate of The Curtis Institute of Music and The Settlement Music School, having studied with Roger Scott and Eligio Rossi. Upon graduation from Curtis he immediately joined The Philadelphia Orchestra, remaining there for more than eight seasons before accepting the position of Principal Bass of The Minnesota Orchestra, a title he held from 1986 to 2007.

Having dedicated much of his career to the chamber music repertoire, Mr. Lloyd has performed with the Guarneri String Quartet, Jamie Laredo at The 92nd Street Y and for many years with members of the Budapest, Guarneri, Emerson, Juilliard and Orion string quartets as well as the Beaux Arts Trio and the Penderecki, Miami, Miro, Brentano, Borromeo and Biava quartets. He has been a regular participant at The Marlboro School of Music, The Chamber Music Society of Lincoln Center, The Orpheus Chamber Orchestra, Chamber Music Northwest, Music From Angel Fire, Bravo! Vail Valley Music Festival, The Brooklyn Chamber Music Society, Chicago Chamber Musicians, The Boston Chamber Music Society, The Brandenburg Ensemble, BargeMusic in New York City and La Musica. His concerts with these groups have taken him throughout North America, Europe and the Far East.

Over the past three decades Mr. Lloyd has worked with many of the major recording labels, having participated in dozens of recordings with RCA, EMI, Sony, Telarc, Virgin Classical, BIS, and Reference Recordings.

In addition to his concert schedule, Mr. Lloyd maintains an active teaching career. He is a regular visitor to many of the leading music schools in the United States, giving master classes, lectures and recitals at The Curtis Institute of Music, The Juilliard School, The Tanglewood Music Festival, The Manhattan School of Music, The Mannes School, Indiana University, The Peabody Conservatory, The Chautauqua Institute, Youth Orchestra of the Americas and many others. He serves as an annual coach at The New York String Orchestra Seminar held at Carnegie Hall under the direction of Jamie Laredo, is a regular visiting teacher at The New World Symphony and has been invited to teach and perform in China at The Guangzhou International Music Academy under the direction of Charles Dutoit and The Pacific Music Festival in Sapporo, Japan.

Mr. Lloyd is currently a member of the faculty at the Colburn Conservatory of Music and Indiana University and has served as a member of the board of directors for The International Society of Bassists.