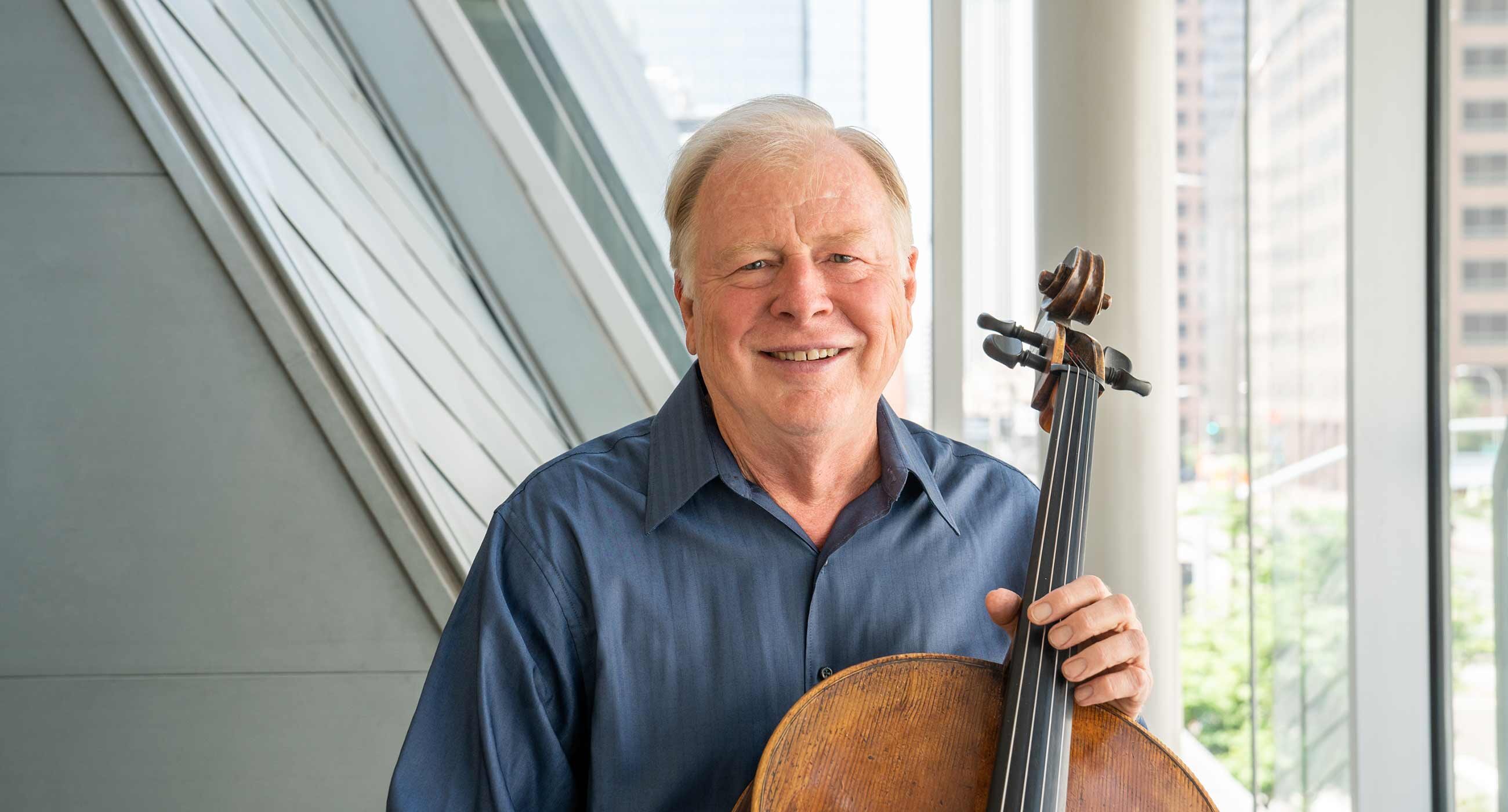 In 1992 he founded the chamber music institute at the Colburn Community School of Performing Arts and has served on the faculty since that time.

Dr. Richard Naill began his career as a cellist with the Atlanta Symphony Orchestra. During his tenure in the orchestra, he became Robert Shaw’s solo continuo cellist in the orchestra’s performances of major baroque choral works. In 1972 he traveled to Canada to assume the post of principal cello with the Atlantic Symphony Orchestra. After his first season with that ensemble he was offered the post of cellist with the Brunswick String Quartet and later Le Trio Haydn de Montréal. During his fourteen years as full time cellist with these two ensembles he toured nationally and internationally, and was frequently heard as soloist, live and on the Canadian Broadcasting Corporation’s French and English networks. While living in Montreal he was principal cello of the orchestra for the visiting Bolshoi Ballet.

Curiosity over diverse approaches to cello technique led him to the schools of Biomedical Engineering and Exercise Science at the University of Southern California. His research on muscle activation patterns in cellists was supported by a grant from the National Institutes of Health and published in several scientific journals. During his studies at USC, he was awarded the prestigious Armand Hammer-Rostropovich prize for cello performance and earned his Doctor of Musical Arts, as well as a Master of Music in cello performance. He was also awarded his Bachelor of Music in cello performance with a Performer’s Certificate from the Eastman School of Music.

Dr. Naill has served on the faculties of the University of New Brunswick, Pepperdine University, and the California State University at Long Beach. Dr. Naill has been active as a freelance cellist in Los Angeles’s television and motion picture industry since his return to Los Angeles in 1986. He has been the principal cellist of the Chamber Orchestra of the South Bay since 1996 and he was a member of the Academy Awards Orchestra under the direction of Bill Conti for 12 years. In 1992 he founded the chamber music institute at the Colburn Community School of Performing Arts and has served on the faculty since that time. Dr. Naill can be heard on the CBC, Crystal, Orfeo and BARD Recording Classics labels. His latest CD, Poetic Reflections is receiving significant airplay on classical music stations throughout the state.