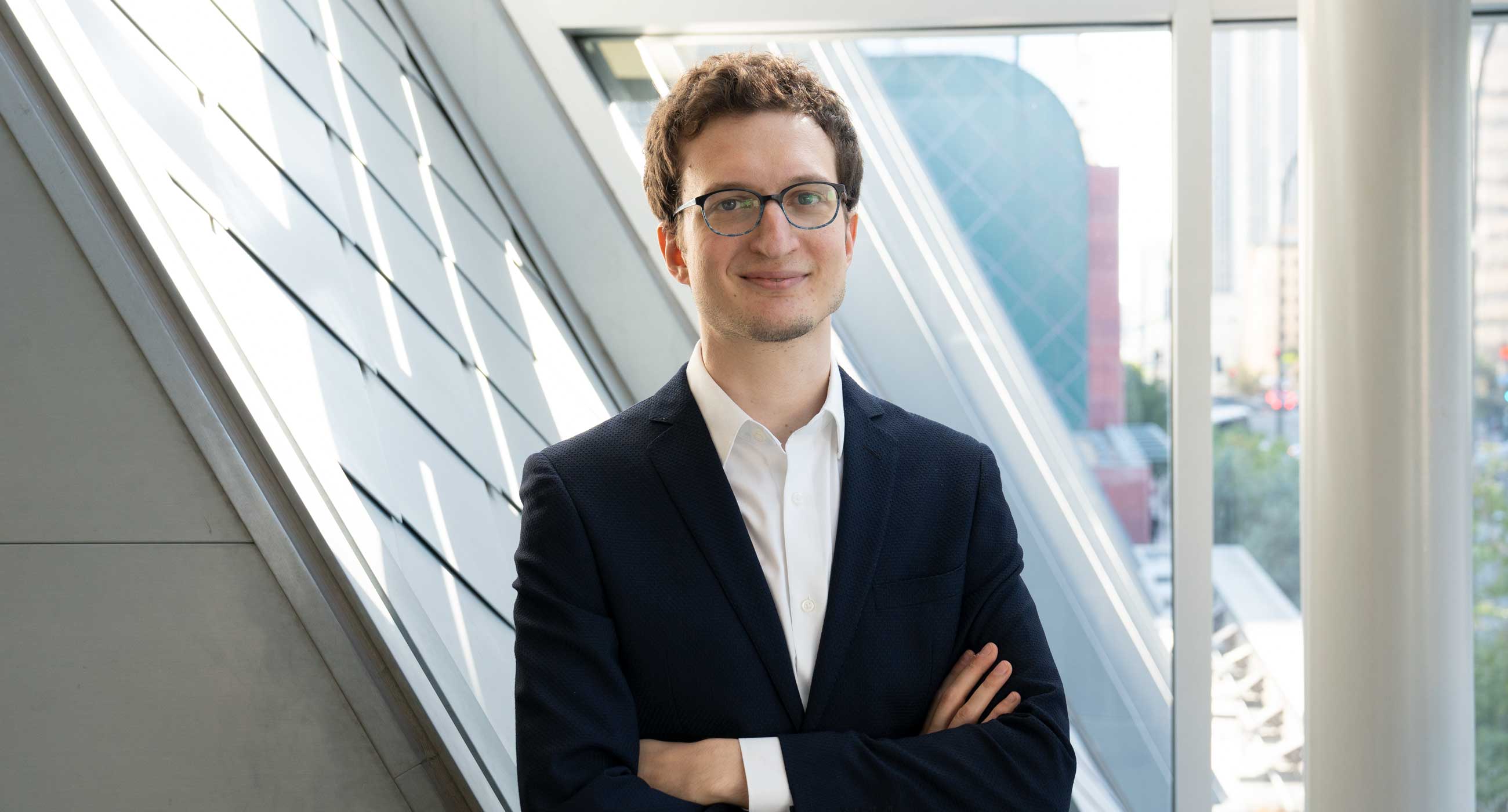 The brilliant Italian born pianist Rodolfo Leone was the first-prize winner of the 2017 International Beethoven Piano Competition Vienna. Described as “a true sound philosopher” (Oberösterreichische Nachrichten), Rodolfo released his debut album on the Austrian label Gramola in May 2018. The all-Beethoven disc features two pillars of the piano repertoire: the “Hammerklavier” Sonata and the “Waldstein” Sonata. His playing has been described as having “impeccable style” and “absolute technical control.” (Il Nuovo Amico).

Rodolfo’s 2018–19 season included debuts with the San Diego Symphony (Liszt’s Piano Concerto No. 1) and the Pasadena Symphony (Mozart’s Piano Concerto No. 21); he also performed Beethoven’s Triple Concerto in Walt Disney Concert Hall with the Colburn Orchestra. In May 2019, he gave a recital tour in Austria, culminating in a performance in Vienna at the Brahms-Saal of the Musikverein. He also performed recitals in Los Angeles and Naples, Florida, and appeared on the chamber music series Le Salon de Musiques in Los Angeles. As a 2018–19 Performance Today Young Artist in Residence, Rodolfo’s live recordings were broadcast nationally throughout the United States.

A native of Turin, Italy, Rodolfo made his orchestral debut in 2013 performing Rachmaninoff’s Piano Concerto No. 3 with the Haydn Orchestra of Bolzano and Trento (Italy). He toured Italy with that orchestra the following year performing Shostakovich’s Piano Concerto No. 1. Rodolfo made his North American debut in 2014 performing Liszt’s Piano Concerto No. 1 with the Toronto Concert Orchestra. Since then, he has performed with, among others, the Vienna Radio Symphony Orchestra with Stéphane Denève and the Colburn Orchestra at Walt Disney Concert Hall; and recitals at Festival Napa Valley and the Soka Performing Arts Center. He has also performed chamber music with Lynn Harrell, Fabio Bidini, Andrew Schulmann, and the Viano String Quartet.

Rodolfo has performed extensively throughout Europe, North America, and China. These performances include debuts in venues such as the Musikverein in Vienna, Steinway Hall in London, the Music Hall of the National Centre for the Performing Arts in Beijing, the Politeama Theatre in Palermo, the Mozart Concert Hall of Accademia Filarmonica in Bologna, and the BASF Gesellschaftshaus in Germany. A top-prize winner of several major piano competitions, Rodolfo was awarded top prizes at the 2014 Toronto International Piano Competition and the 2013 Busoni International Piano Competition. Pianist magazine described his concerto performance during the 2017 International Beethoven Piano Competition as a “communion with the orchestra” that “was raptly convincing… robust and joyful.”