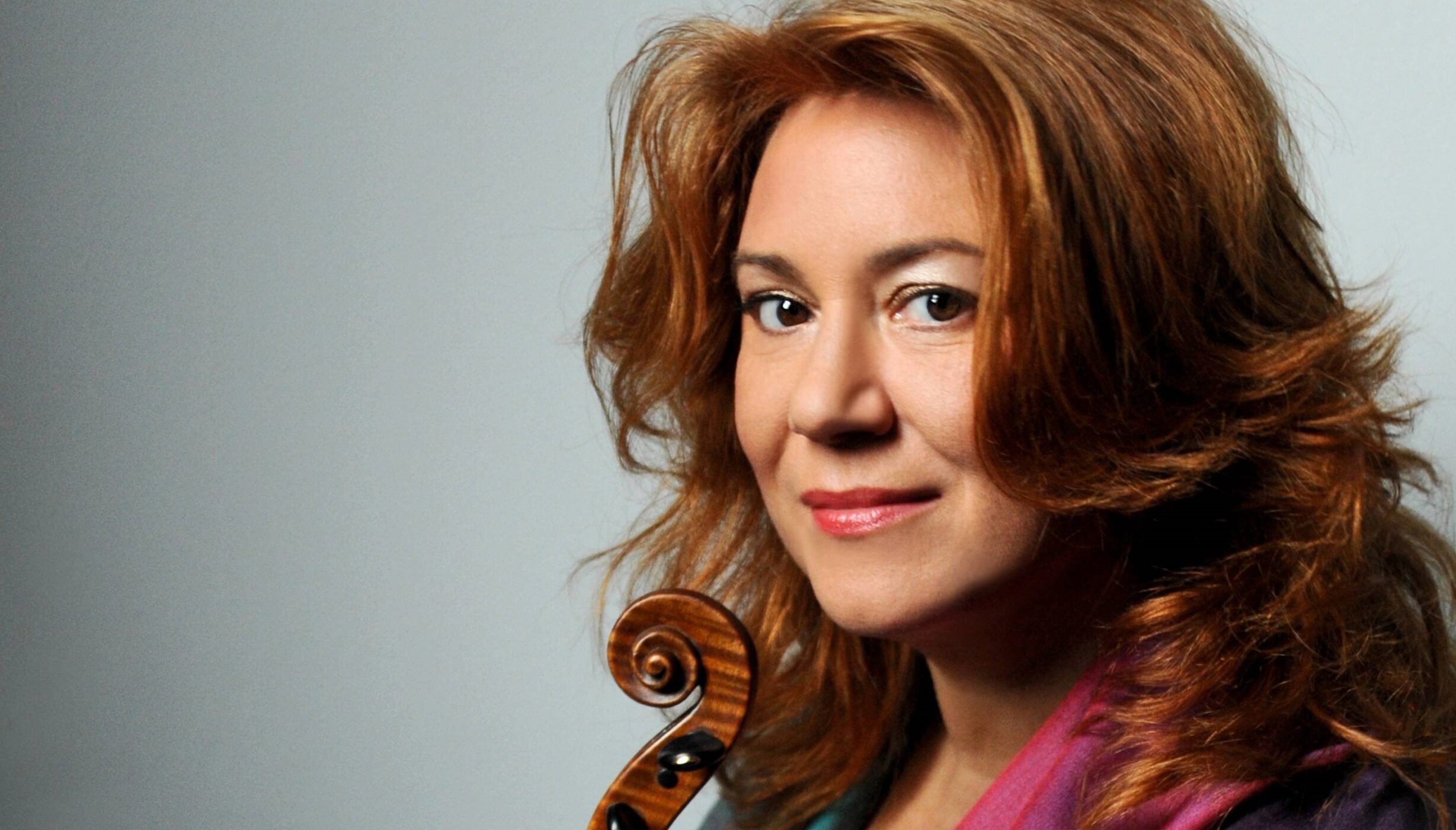 Tatjana Masurenko’s major objective in her musical career has been the further development of the viola as a solo instrument which also explains her commitment to contemporary music.

Tatjana Masurenko is one of the leading viola players of our time. Her distinctive style is
shaped by her expressive playing and her thorough and intensive musical studies. Her
charisma and natural stage presence are captivating. Alongside the great viola concertos by
Walton, Bartók and Hindemith, Tatjana’s wide-ranging concert repertoire also includes
modern classical works such as Schnittke, Gubaidulina and Kancheli and the rarely performed
viola concertos by Hartmann and Bartel.

Tatjana Masurenko has made solo appearances with orchestras including the
Gewandhausorchester Leipzig, the Radio Symphonie Orchester Berlin, the NDR
Radiophilharmonie and other leading orchestras in Europe and Asia. She has been a welcome
guest at major international festivals as both soloist and chamber musician for many years.

She grew up in a family of Russian academics and jazz musicians. Her musical path began in
St Petersburg where she was able to benefit from the traditional St Petersburg school with
the best teachers of her time. She continued her musical studies in Germany with Kim
Kashkashian and Nobuko Imai. Her search for new forms of expression on the viola and new
techniques and tonal concepts were encouraged and influenced by encounters with figures
including Boris Pergamenschikow, György Kurtág, Brigitte Fassbaender and Herbert
Blomstedt.

For some years now, Tatjana Masurenko’s major objective in her musical career has been the
further development of the viola as a solo instrument which also explains her commitment to
contemporary music. She has given numerous first performances of new compositions, many
of which are dedicated to her and originated on her initiative. She has worked with
composers such as the recently deceased Gladys Krenek, Moritz von Gagern, Dimitri Terzakis,
Wolfgang Rihm, Hans-Christian Bartel, Luca Lombardi and Nejat Başeğmezler. Tatjana
Masurenko’s discography reflects the musician’s high artistic standards. Right from the start,
she compiles the programmes of her CDs meticulously and with great deliberation.

Tatjana Masurenko plays the music of Ernst Krenek with enthusiasm, supports the Ernst
Krenek Institute in Krems, Austria, and has recorded all his works for solo viola. Several of her
CD recordings (for example the concerto by K. A. Hartmann and British Viola Concertos
featuring concertos by Walton, Beamish und Britten) received awards including the Preis der
deutschen Schallplattenkritik and international accolades such as the Supersonic Award
(Luxemburg) and the Diapason découverte (France). Her 3-CD box set “White Nights – Music
from St. Petersburg”, which she recorded with pianist Roglit Ishay, is one of the most
important recordings of this repertoire.

At present, Tatjana Masurenko is intensively dedicated to historical performance practice
and especially to 19th century playing and the romantic repertoire. For several years she has
been engaged in playing the viola d’amore: thus, she interprets baroque and classical
repertoire with passion, but at the same time she develops modern music on this baroque
instrument with much interest in an experimental and innovative way with new sound ideas.
She plays a viola d’amore by Charles Jacquot, Paris 1849.
www. tatjanamasurenko.com

Tatjana Masurenko is dedicated to promoting young musicians. Since 2002 she has been
professor of viola at the Hochschule für Musik und Theater “Felix Mendelssohn Bartholdy”
Leipzig with an international reputation and since 2019 in the same position at the Haute
Ecole de Musique de Lausanne in Sion, Switzerland. She gives master classes in Europe and
America and is artistic director of the International Viola Camp in Iznik (Turkey) as well as of a
master class in Leipzig.

Many of her students have built successful careers and travel the world as soloists,
professors, principal violists in major orchestras and as chamber musicians.

Her teaching style is built on the St. Petersburg tradition of the 19th/early 20th century and
merges with the new ideas and sensibilities of the 20th/21st century, especially in the
interpretation of Baroque and Classical music.

Tatjana Masurenko plays a viola by P. Testore, Milan 1756 and a specially built instrument by
Jürgen Manthey, Leipzig 2017, who has developed new acoustic and tonal construction
methods that clearly distinguish his instruments from others. She changes the bows to match
the style.