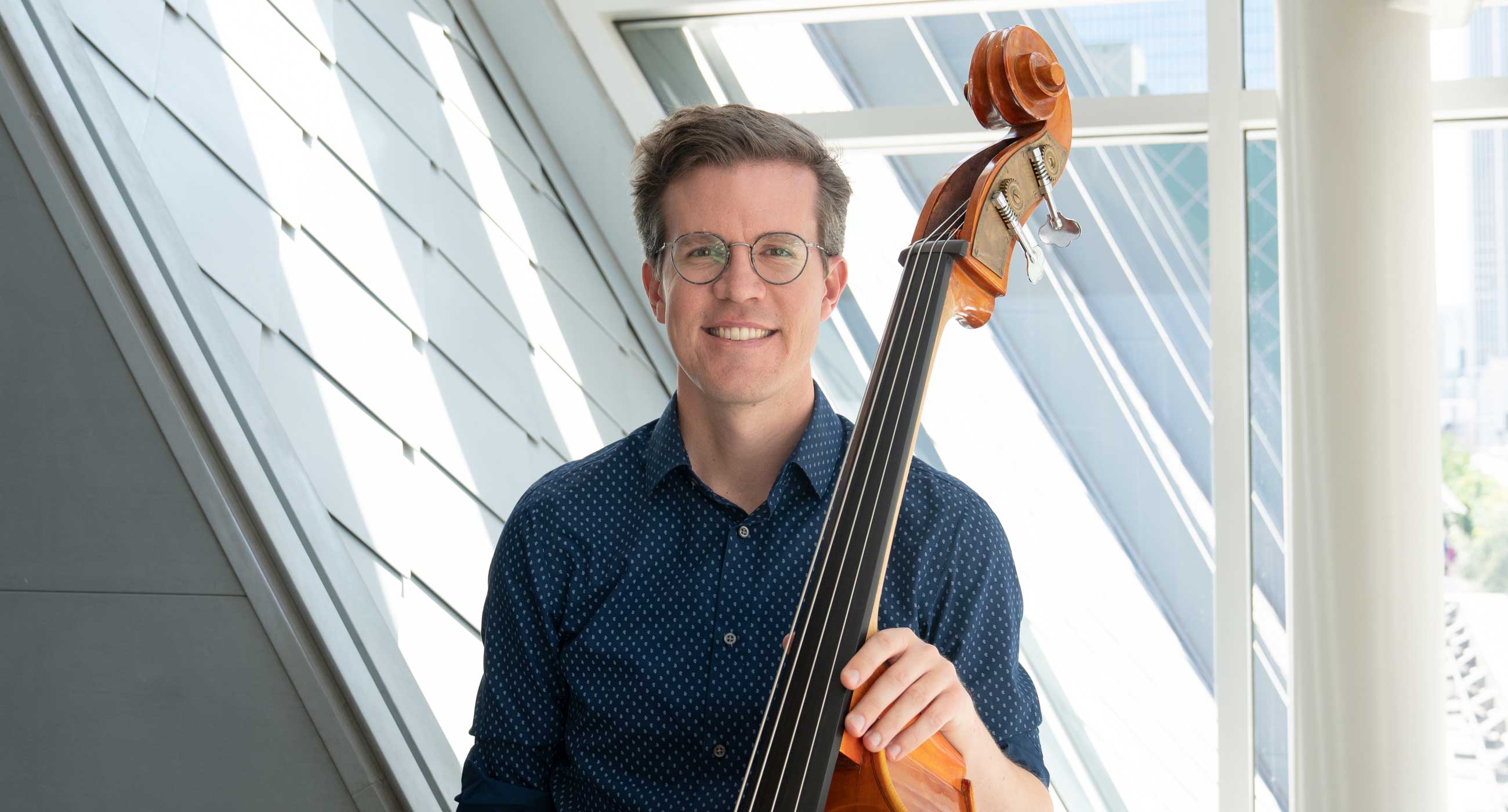 As an orchestral musician, soloist, teacher, and proponent of contemporary music, Ted Botsford enjoys a varied career, exploring the sonorities of the double bass and pushing back against its perceived limitations in the musical world.

Ted joined the Los Angeles Philharmonic in August of 2017. Prior to his appointment in LA, he spent time in the beautifully rainy Pacific Northwest, playing two seasons with the Seattle Symphony and five as Assistant Principal Bass and Acting Principal Bass of the Oregon Symphony. He always reserves time during the summer to dive into contemporary works, performing as Principal Bass of the Cabrillo Festival of Contemporary Music in Santa Cruz.

Between degrees at Rice University (BM and MM with Paul Ellison), Ted made the pilgrimage to study with François Rabbath in Paris. When he wasn’t partaking in the abundance of cultural activities there, he spent his time practicing Bach cello suites and working through Rabbath’s sizable catalog of solo music. At the end of the year, Ted walked away with the Diplôme and Teaching Certificate in Rabbath’s method and a wealth of inspiration.

Always in search of new ways to grow and connect more directly with audiences, Ted engages in several solo projects each year – most recently at the International Society of Bassists convention where he performed both the narration and bass part to Frank Proto’s Mingus: Live in the Underworld. He also brought John Harbison’s Concerto for Bass Viol to Portland for its local premier with the Portland Youth Philharmonic.

Following the example of his first teacher, innovative pedagogue George Vance, Ted teaches students of all ages. He recently joined the faculty at Colburn Community School and also teaches at Occidental College in Los Angeles. These are opportunities to pass along rich traditions, discover new possibilities, and hopefully inspire passion for the double bass.