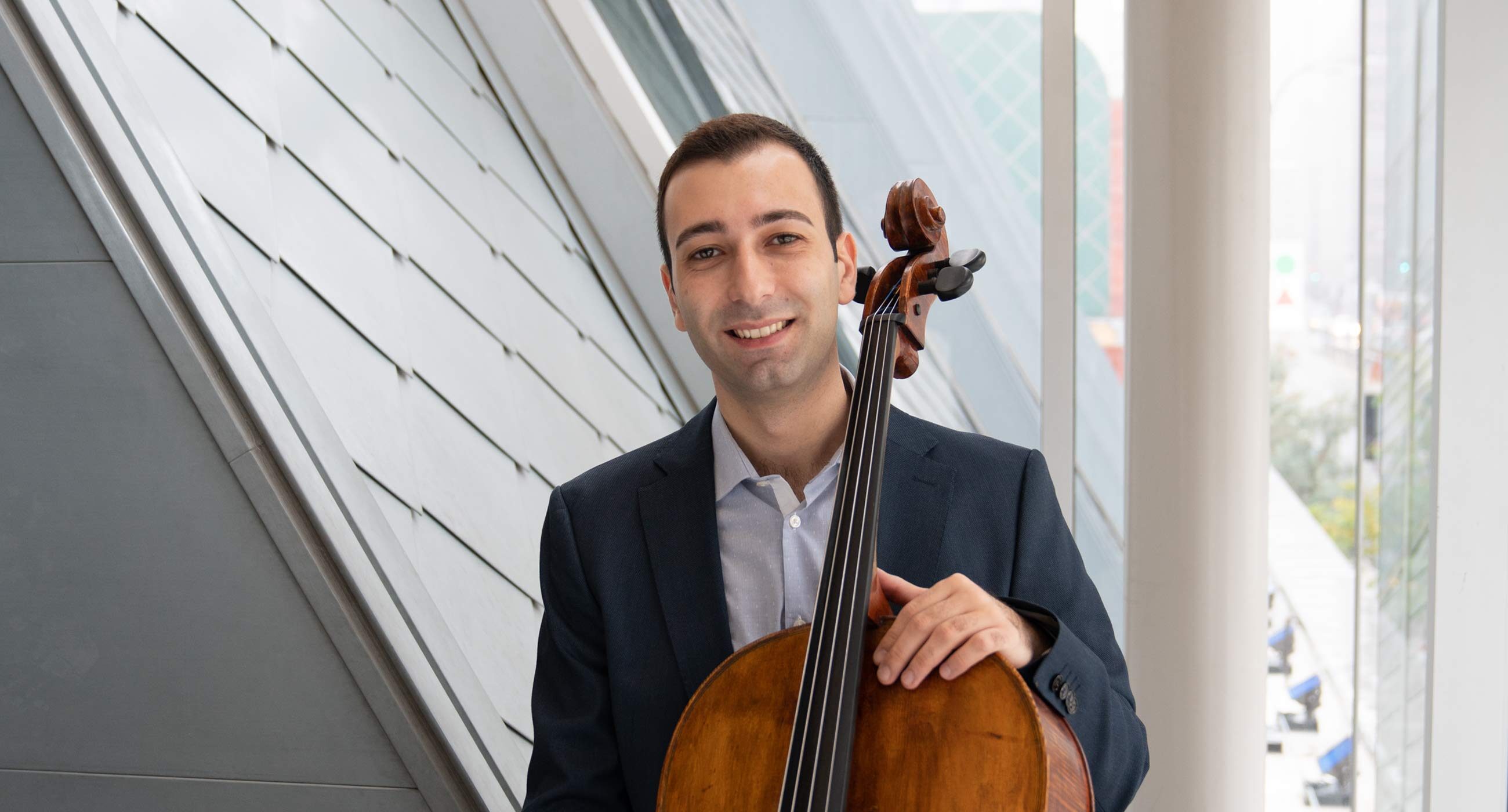 Originally from Armenia, Gasparyan is a celebrated performer and recording artist now on faculty in the Community School of Performing Arts.

Born into a musical family, Gasparyan began studying cello at the age of six. At 16, he made his debut with the Armenian Philharmonic Orchestra performing under Maestro Ruben Asatryan’s baton. Gasparyan received his Bachelor degree in Cello Performance from Komitas State Conservatory of Yerevan, studying with renowned cellist, conductor and former member of Komitas String Quartet Aram Talalyan. Currently he holds a Performance Diploma and a Master of Music Degree from the Colburn Conservatory of Music, where he studied with Ronald Leonard.

As an avid chamber and orchestral musician, Gasparyan has collaborated and performed with acclaimed musicians such as Ronald Leonard, Paul Coletti, Arnold Steinhardt, Nicholas McGegan, and Ani and Ida Kavafian among many others. He has been privileged to work with some of the world’s most distinguished conductors such as Zubin Mehta, Gustavo Dudamel, James Conlon, and Sir Neville Marriner. Classically trained but a versatile performer, he has also worked with renowned artists such as Hans Zimmer, Stevie Wonder, Pharrell Williams, Pink Martini, Pentatonix, Steve Martin, Tyler, the Creator, and many others. Gasparyan’s movie appearances include the feature film Here and the documentary Absent Without Leave, where he is featured on the film’s soundtrack.

As a dedicated educator, he is currently on faculty at the Colburn Community School of Performing Arts. Gasparyan works with students at every level and age, and tailors lessons to fit the needs and goals of each student. He has been teaching beginning to advanced level students since 2012. Outreach performances include community-serving projects with the non-profit Street Symphony and Bach in the Subways.

Currently, Gasparyan frequently performs with the Los Angeles Philharmonic and Pasadena Symphony. He continues to be involved in the competitive field of recording for the television and film industries, performs as a soloist and chamber musician, and is actively engaged in collaborating with contemporary composers.