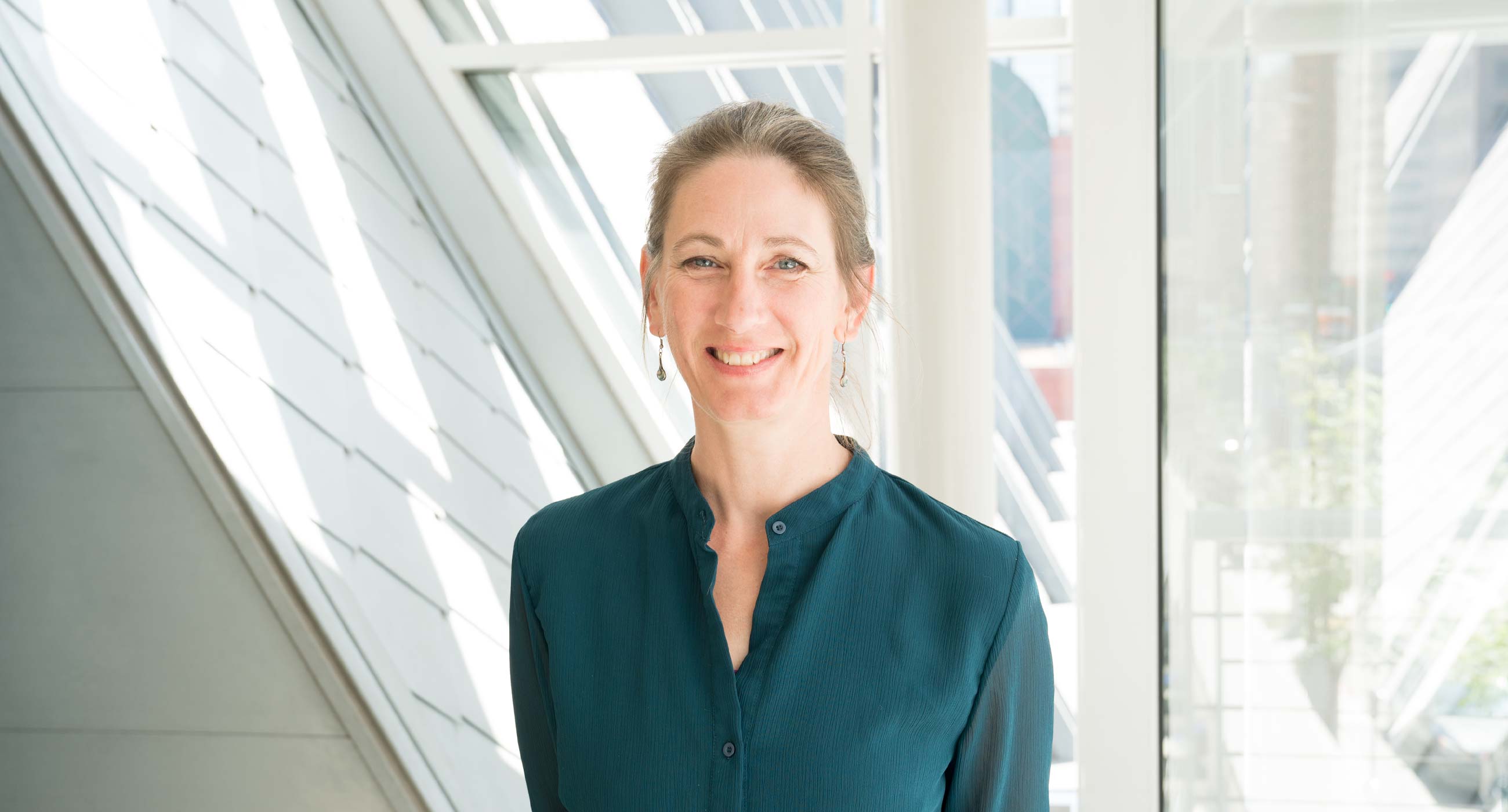 Originally from the UK, Tamsin Carlson is the chair of modern and creative dance.

How did you start teaching at Colburn?
I began teaching at Colburn spring 2014, as a substitute for Sarah Swenson, who was the modern teacher and chair of modern then. She resigned at the beginning of that summer and I was offered and accepted the position.

How have you seen the dance program change over the years?
Over the past four years, we’ve had tremendous growth in the dance department. The summer I joined, there was growth in modern, I believe in part because I was a member of the local community. I owned a children’s shoe store and was also involved in the local schools, as I had children of my own.

Then Bob McAllister, who was the Dean of the Community School at that time, allowed the addition of several levels in the modern program to support that development. That summer also saw Jenifer Ringer and James Fayette launch the Dance Academy, to great success.

The following summer, Colburn restructured dance under the leadership of Dean Jenifer Ringer and Associate Dean James Fayette. With their support, the modern program expanded into a more serious program following the structure of the ballet program, under chair Kelly Ann Sloan. This is all very exciting, and the development and growth is still continuing.

What is different about Colburn from other places you’ve taught?
Most of the schools I have taught in are colleges and universities, as classical modern technique is rarely taught to younger students. I believe we’re the only afterschool program that offers that level of excellence in modern dance to students at this age.

The Collaboration Concert is coming up on March 31. What are you working on for that?
I have one piece on the program titled “Aerie” and it’s set to the Philip Glass piece “Company,” which is originally for a string quartet, but we have the [Colburn Chamber Orchestra] playing it. It sounds amazing.

For our spring concert on May 11, we will have a string quartet accompany the students for that piece. There is something incredibly special about performing to live music, which is becoming increasingly rare in the dance world. Our students are very blessed to have this experience, another example of what makes Colburn unique.

You teach Cunningham, a style of modern dance created by Merce Cunningham. How would you describe the technique?
I jokingly refer to it as physical Sudoku. It’s balletic, or maybe I should say classical, in that it has lines and creates positive and negative space. It’s grounded, and weighted in a way that is unique to modern dance. The back is just as important as the legs, and moves just as much.

But it is a technique and class that follows a similar pathway to ballet, in that we do tondues, plies, battements, etc. Then we have the addition of the back exercises and then combinations of movement that begin to incorporate it all.

Merce’s use of space was also very important. Any side could be used as front, and the upper right corner is just as important spatially as downstage left or center. Merce felt that the drama or story should not be imposed, but should come out of the relationship you have to the space and to the other dancers occupying that space. That was also one of the reasons he used chance procedures to create works; it removed the ego from the process.

We now have a partnership with the Cunningham Trust. What does that look like?
We’re still exploring how to maximize that relationship. We got to do official Cunningham repertory this year. Also, whenever a Cunningham guest artist is in town, they come in to teach the students’ class.

We’re also figuring out a curriculum for younger students as part of this partnership. Because typically they’ve not worked with younger students, whereas that is all I do here. I’ve found that more and more Cunningham’s finding its way into what I teach, because it’s my area of expertise and the technique in which I really found my strength and passion.

Right now everyone’s caught up in the [centennial celebration of Merce’s 100th birthday] this year. Which is exciting and also thrilling to see a new generation of young dancers intrigued by this wonderful choreographer.  Merce’s birthday is April 16, and CAP UCLA is hosting the Merce Cunningham’s “Night of 100 Solos” which I’m honored to be performing in. There are also two other “Night of 100 Solos” being performed the same evening in London and New York. It is a huge event.

What is it like having a career as a professional modern dancer?
It is an incredibly disciplined, demanding career that as a performer, can be short-lived. But I loved it. There was just nothing else. And even when I’d left teaching, dancing, and performing, I’ve always come back to it.

Silas Reiner, who was a member of the final Cunningham Company, said when he last taught a master class, “There is nothing harder, and there few rewards.” However, I believe dance is physically and mentally empowering, and gives our students abilities that will support them throughout their lives.