You Can Play the Music, But Can You Talk About It? 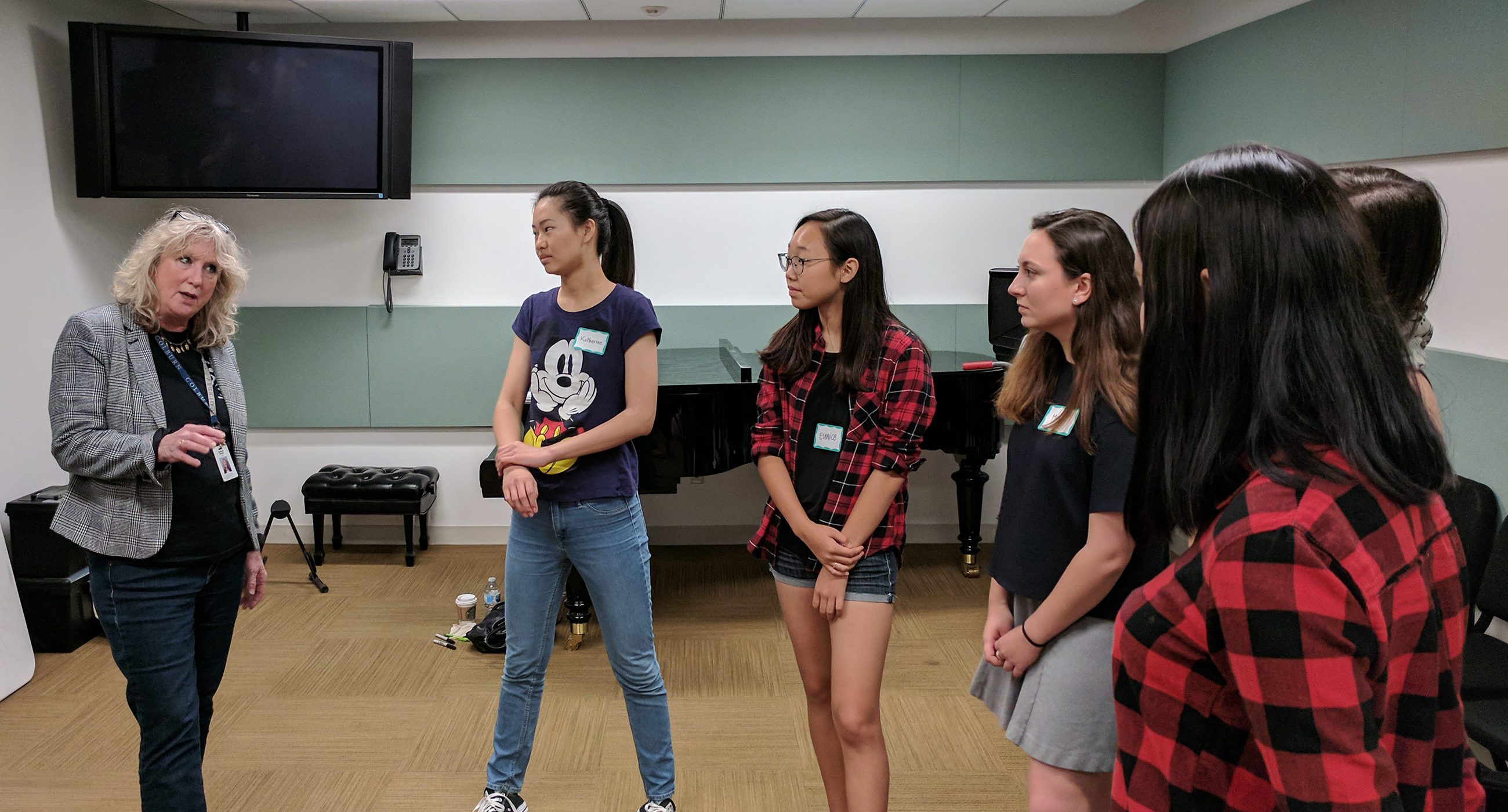 It’s Sunday morning at Colburn, and students are slumped in chairs in a row against the wall with the energetic and enthusiastic drama chair Debbie Devine demanding answers from them.

“If acting is the art of persuasion, what’s music? What’s its purpose, what’s its job?”

Eventually, after a back and forth of meek answers and further challenging responses, Debbie reveals her purpose in asking such an existential question so early in the day.

Debbie runs workshops for students from all divisions at Colburn, helping them communicate about not just their music, but also themselves as people. At this workshop, she is preparing students for an audition for the popular NPR radio show From the Top, which features young classical musicians and their stories, talent, and character.

Through a series of activities, Debbie gets the students moving, mirroring, and at times, yelling, all in an effort to break the ice, help them present themselves as unique individuals, and consider how their body language and the qualities of their voice reflect the larger picture of their presentation to the people around them.

“Your whole body speaks when you speak, and that gives you power. It reminds you who you are as a whole person. What happened when we used our body, and minds, and voices? It was a lot easier to get people’s attention. It was more fun, more engaging to watch. There was life, humanity, connection, community. Something was happening. You’ve gotta think about who you are as a whole person,” Debbie explains after one such exercise.

All of her wisdom coalesces when she starts mock interviews. As students interview each other, it becomes clear to them how important it is to be comfortable and open in their speech and body language. The more engaging interviews are from students who are animated, and willingly share personal information to connect with the interviewer.

“I’m not asking you to change your personality, I’m asking you to reveal it more,” Debbie says. “They want to find out who you are. It’s the opposite of trying to be professional and protective. So the things that you say have to reveal some of that.”

After their From the Top audition, students agreed that her workshop had helped them become more confident and prepared.

“If I hadn’t done this workshop, I would have been way more nervous than I should have been, and I wouldn’t have been able to be as articulate. I took the advice I learned at the workshop, and talked like I was comfortable around the people interviewing me. I also tried to make my answers lengthy and relatable,” Eunice Lee, a violinist in the Community School of Performing Arts, shared over email.

Maya Paredes, a pianist in the Community School, agreed. “Debbie spoke about how everyone does extracurriculars, and everyone practices, so you need to find a part of yourself that’s unique to you, and that’s what people want to hear about. That really spoke to me.”