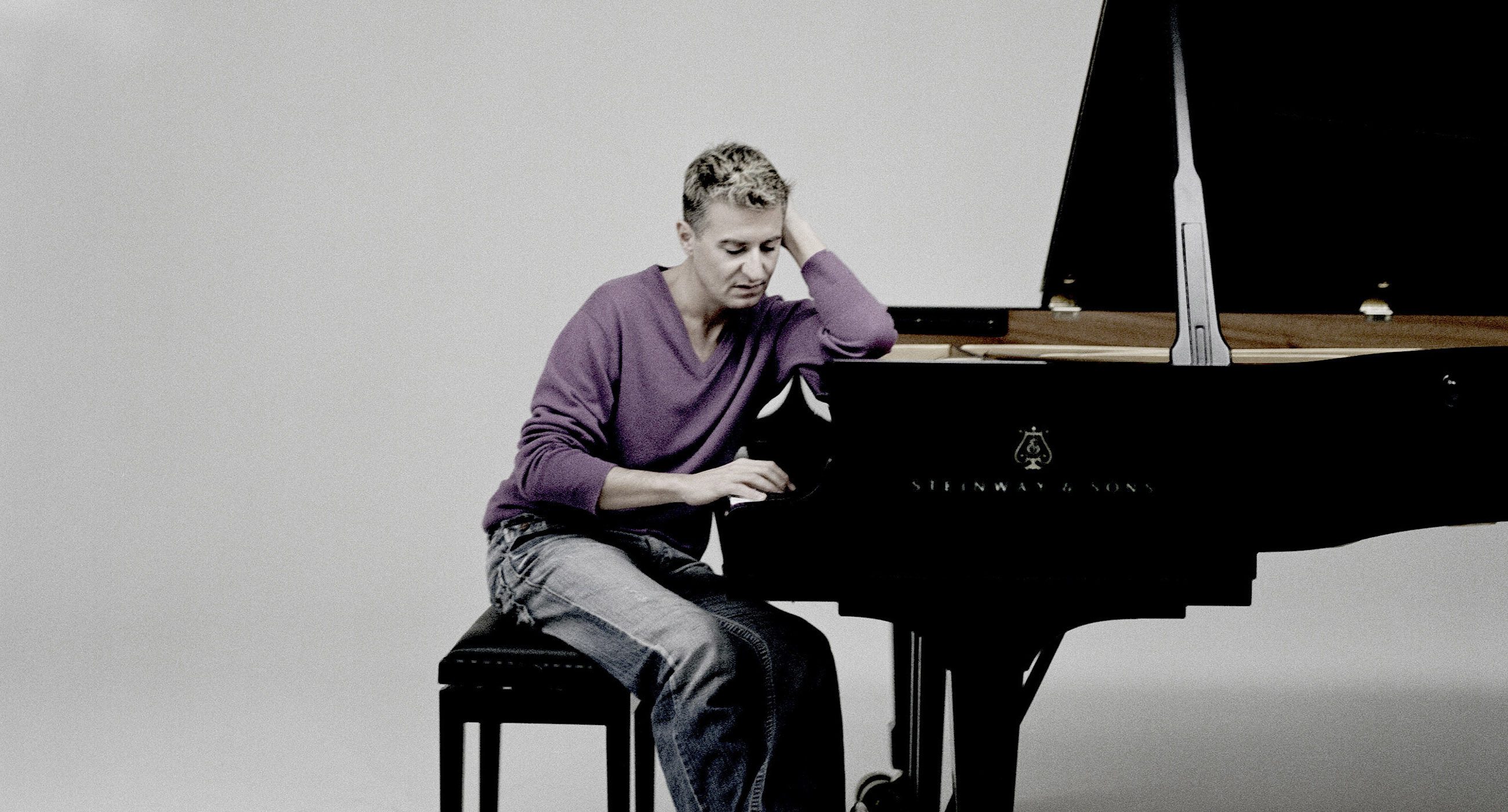 Colburn is a fantastic school. I wanted to be a part of the beautiful environment and develop that relationship. Jean-Yves Thibaudet

Back in 2014, we explored the lauded pianist’s reflections on the valuable lessons of his teachers, his own approach to teaching, and why Los Angeles is a draw for the next generation of musicians.

“The guidance of my teachers was everything to me growing up as an artist,” Jean-Yves Thibaudet said, speaking over the phone from his home in Los Feliz between tour dates. “I was lucky to have really wonderful teachers.”

Known for his elegant and insightful musicality, the French pianist and Los Angeles resident has established himself as an iconic figure both on and off the stage. For more than three decades, he’s traveled the globe as one of the world’s most sought after concert pianists, one with a style distinctly his own.

Thibaudet is quick to give credit where credit is due and recognizes the invaluable impact of his mentors and teachers. Reflecting on the trajectory of his career, he has found within himself the desire to impart wisdom to the next generation of classical musicians. In 2014, he took on his first long-term teaching role when he began his engagement as the Colburn School’s artist-in-residence.

For Thibaudet, teaching reaches far beyond simple instruction. It also represents the continuation of a valuable tradition, passing down of valuable lessons from generation to generation.

“One of my teachers was a collaborator of Ravel, and he gave me amazing information about playing his music,” he recalled. “That generation [of teachers] is now gone, but they were able to pass these insights along. If you do not continue to pass these practices along to the new generation of artists, they’ll disappear.”

At the same time, having a strong foundation and an understanding of the fundamentals is only half of the journey, he says. Of equal importance is helping students find their own voice and individuality. “A mentor of mine, who was a concert pianist himself, one day told me that the most important role of a teacher is to help students find their own personality and identity to reveal in the music. I learned differently from him than from my earlier teachers.”

While he aims to enrich students by offering his musical insights, he has also found teaching serves his own playing as he continues to develop as an artist. “I’ve realized that I must ask students questions that I no longer ask myself. When a student asks, ‘How are you doing that?’ you learn more about your own playing.”

Thibaudet is renowned as an artist not just because of how he plays the piano, but also because he plays well with others. His collaborative and good-spirited nature help him build and maintain relationships in the field, and he hopes to impart this knowledge to students during his residency. “As a soloist, the relationship with the conductor is of greatest importance, and people don’t always understand that. Playing with an orchestra is very much like chamber music: you have to listen.”

An inspiring setting is essential to Thibaudet. Enticed by the promise of blue skies between tours and inspired by the arts scene here, he made the city his permanent home 15 years ago. He sees Los Angeles, rich in natural beauty and cultural vibrancy, as the perfect place to learn and create. “Los Angeles is an amazing town that has grown and changed so much,” he said. “It is one of the most important cities in the world, and has a lot to offer musically and culturally. If I were a student, I would choose to study here.”

His affinity for Los Angeles greatly informed his decision to take his next steps as a pedagogue at the Colburn School. His enthusiasm for the school’s mission and history with the institution contributed to his decision to become the artist-in-residence.

“I’ve taught all these master classes, including at Colburn, but haven’t had the time to teach properly. I wanted to find the time and give 100%. Colburn is a fantastic school. I wanted to be a part of the beautiful environment and develop that relationship.”

He sees his role with young musicians today as an investment that will pay dividends for classical music far into the future. While many worry about the future of the genre, Thibaudet steadfastly believes there is no need to fret.

“More and more young people are coming to classical music,” he observes, “and they are coming because they are genuinely interested in the experience. I think that is wonderful.” 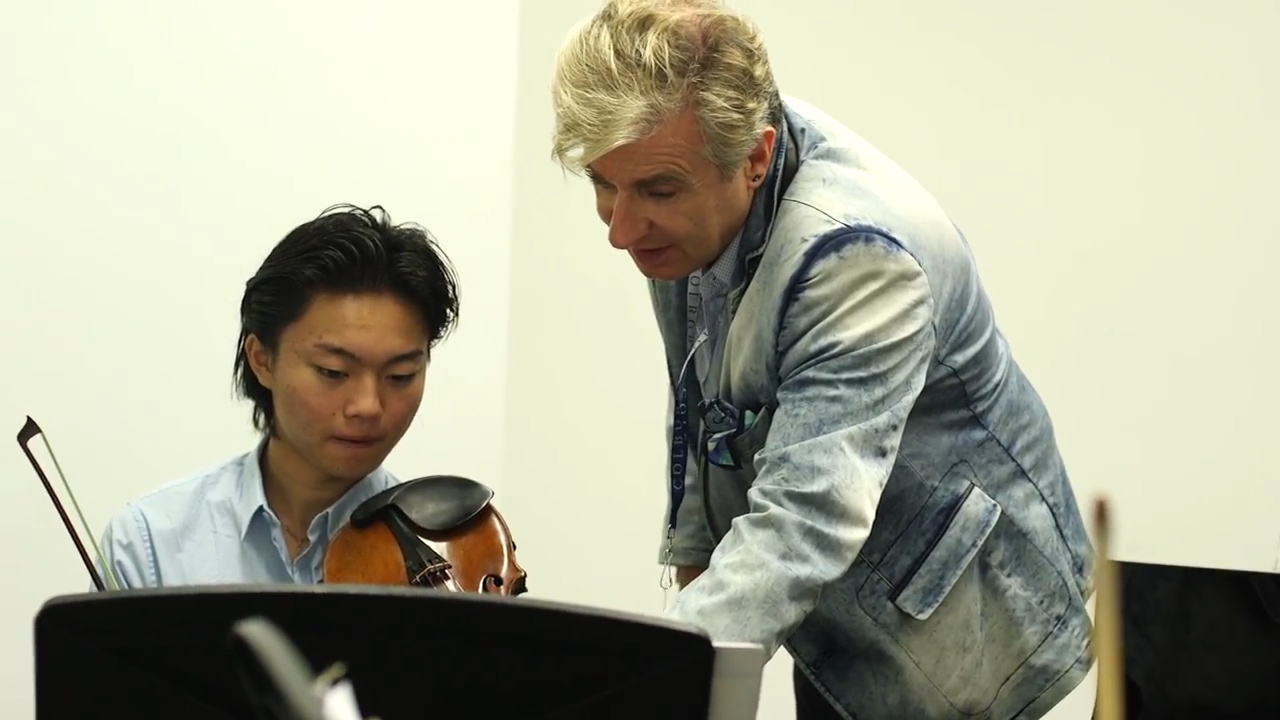