Jumping and Spinning, from the Stage to the Ice Rink 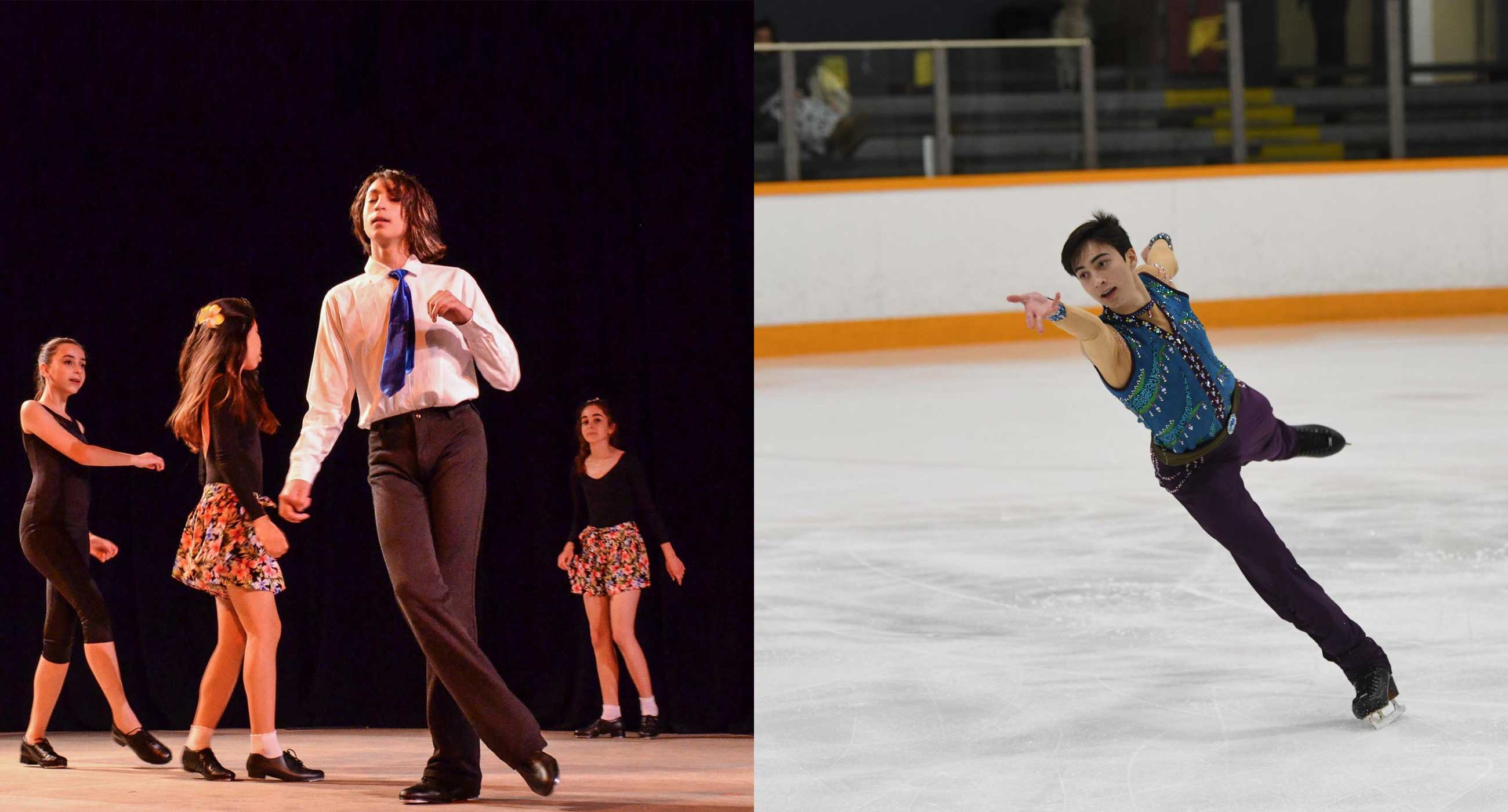 “I consider myself a figure skater who also dances as much as I skate,” says Henry Privett-Mendoza, 15, who just placed ninth in the national US Figure Skating Championships at the novice level. As a figure skater, Henry must balance the artistic, more dance-like side of skating with the technical elements—jumps, spins, and other tricks—that every skater needs to master.

The best skaters will do the technical elements as artistically as possible, and Henry’s background in dance gives him an edge over many of them. “I think dance has helped me be more rhythmic in my skating, and have better timing. It also helps with the movements on the ice. I see a lot of people that don’t take dance, and they sort of look like scarecrows,” he told us in an interview.

While he prefers tap, Henry is a well-rounded dancer, having studied modern, tap, and ballet here at Colburn since he was nine years old. Each style of dance has given him different insights into his figure skating. “Tap has helped me with getting faster feet, and modern and ballet have really helped me with my arms and posture,” he explains.

Although dance has helped with Henry’s figure skating, he acknowledges that the two differ beyond surface-level comparisons. “They’re both art forms, they’re both ways of expressing yourself, and they’re both set to music, but skating is more of a sport. In dance, you’re freer to move your body in different ways,” he elaborates.

When you dance, your main goal is artistic expression. When you figure skate, the focus shifts to the tricks that require explosive physical strength at high speeds. However, there’s a tension between the artistic elements of skating and the technical tricks that Henry needs to navigate. While working on jumps, he still needs to be balletic.

But sometimes the little things matter too. Henry confesses, “On the ice we don’t spot when we turn, but in dance we have to. That’s something that I sometimes don’t do when I dance, so I just turn and then get really dizzy.” Spotting, when you rotate your body and head at different rates, is a technique used by dancers to improve their control and prevent dizziness.

Last year’s season has just ended, but Henry is already busy preparing for the upcoming season. He begins the process by choosing music, and choreographing a routine with his coaches and a choreographer. Then, beginning in the summer, he will compete in a series of qualifying competitions to advance to the US Championships.

His goal is to be able to compete internationally, so he will need to earn enough points in competition to advance to the junior level, the next one after his current novice level.