Michael Roberts Shares Highlights from a Life in the Performing Arts 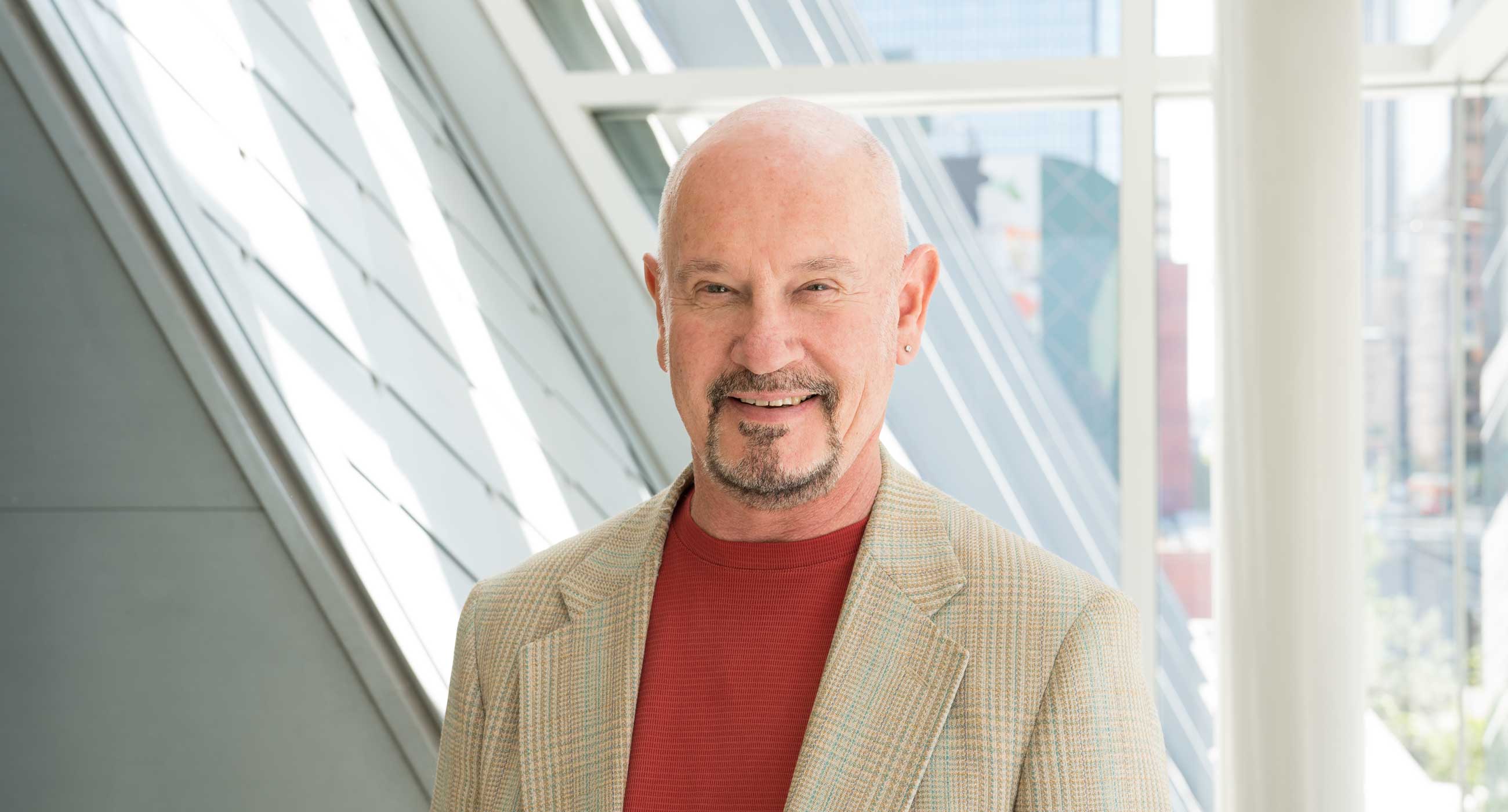 Michael Roberts, Trudl Zipper Dance Institute’s Music and Technical Coordinator, began working at Colburn in 2005. A former London West End production stage manager, he has drawn from his background to help make performances a noteworthy part of the Colburn Dance student experience. We sat down with Michael to discuss the beginnings of the dance program, the importance of live music for dancers, and highlights from his 16 years here.

What is your background and how did you start working at Colburn?
I’m towards the very end of my second career. My first career was in England and I was production stage manager for Harold Prince, who you might recognize from the Phantom of the Opera. I did the original Broadway productions of Fiddler on the Roof, Steven Sondheim’s Company, and a lot of plays in London for the first 10 years of my career.

During the time in England, I was also trained as an accompanist for dance at the Royal Ballet School. And so I used that as an opportunity to come over here in 1975. I was very lucky and landed a job with the school called the Stanley Holden Dance Center in LA.

I stayed with him for almost 14 years and got to work with some of the greatest dancers in the world, including Baryshnikov, Anthony Dowell, Juliet Prowse, Margot Fonteyn, and that’s how this current career started.

From there I joined CalArts where I started out as an accompanist, and then became music coordinator and faculty member there for 22 years. And then right after that, I came to Colburn.

What makes the Colburn Dance program stand out to you?
The chance to collaborate [with other genres and music departments and guest artists], which I see here more so than at most schools. And the caliber of the musicians that we get to work with—they’re all phenomenal.

Also, the chance to perform in the venues that we do, like Walt Disney Concert Hall. Our dancers have been able to perform there, plus all the other major theaters. In the early days, we would do a collaboration with the Norton Simon Museum, and we did performances at MOCA.

There is a huge difference between live and recorded music in classes. Live accompaniment allows the musician to have a relationship with both the teacher and the student/dancer.

I always emphasize in my music for dancer classes that music is a dancer’s best friend. There should be a closeness between the two. The dancer should try to absorb the music letting it surround and flow through their bodies. A dancer can be a brilliant technician but if they are not musical and have little musicality then they are not fulfilling their full potential.

It is so important that the music and musicality is incorporated in all classes. Discussing the different meter and rhythms and then executing them with the music.

You’re the Music Coordinator. What does that involve?
I manage the musicians. We have eleven accompanists, nine pianists and two percussionists. I also co-produce and stage manage all the productions that we do, both on campus and off campus, and work very closely with our great production people, Victor [Pineda] and Francesco [Perlangeli]. I also accompany classes and rehearsals and organize all the music for the program, whether it’s live or whether it’s recorded.

Accompanying has been very different this year; can you talk about that?
Yes, it certainly has. The week after lockdown started, we began experimenting with me playing from my living room at home in Glendale and Jenifer Ringer giving instruction from her home in South Pasadena.

It was challenging due to the time lag with Zoom but we were able to adapt. When looking at the screen, you have the dancers all doing movement at slightly different times.

Some of our accompanists were not able to play their acoustic pianos in their homes due to noise/neighbor issues so we were able to supply them with keyboards from the Colburn piano lab.

It has also been challenging for our Tap program due to the live percussionist sound blocking the sounds of the tap dancer’s feet, but with perseverance, we have been able to modify and adapt.

You’re planning to retire this year. What have been some highlights of your time at Colburn?
Very recently, I heard Sheku Kanneh-Mason, the cellist who came over from England, play this piece of music. It was actually a Christmas carol, and I loved it and thought, wow that could be such a neat piece for one of our students to maybe dance to one day. We staged it, I did an arrangement of the piece of cello and piano, and we performed it.

And then the following year, I heard that somebody was coming to Colburn to give a master class and it was him. So I got a hold of his manager, and I said, “What do you think the chances are of he and his sister performing this piece with our dancer?” By this time the dancer had already left and was in Indiana, I believe at the university. Long story short, James got involved and we made it happen.

That was a real highlight to have been able to make that actually happen at the School. I was very, very proud of that. It was a really special performance for our dancer and for Sheku and his sister [Isata]. They were just blown away because they’d never done anything like that before.

What has a life in the performing arts meant to you?
From my years in the West End, London working with such amazing performers like Topol, Elaine Stritch, Trevor Howard, and Dame Edith Evans to all the wonderful dancers, both well-known and students just starting out, a life in the performing arts has given me the means to perfect my craft and my playing. I have been inspired by all of these wonderful talents, along with all the amazing teachers I have had the privilege of working with at Colburn and all the other great schools and studios. I feel truly blessed.

And finally, after 16 years with Colburn, what’s your next chapter look like?
I have been working pretty much nonstop for the last 55 years, so it is time to slow down. I have been dealing with a debilitating disease of the hands called Dyputrans contraction for many years, having had many surgeries to keep me playing. It is time to rest my hands and enjoy the time have left. I hope to still play for master classes sometimes both at the Music Center and Colburn.