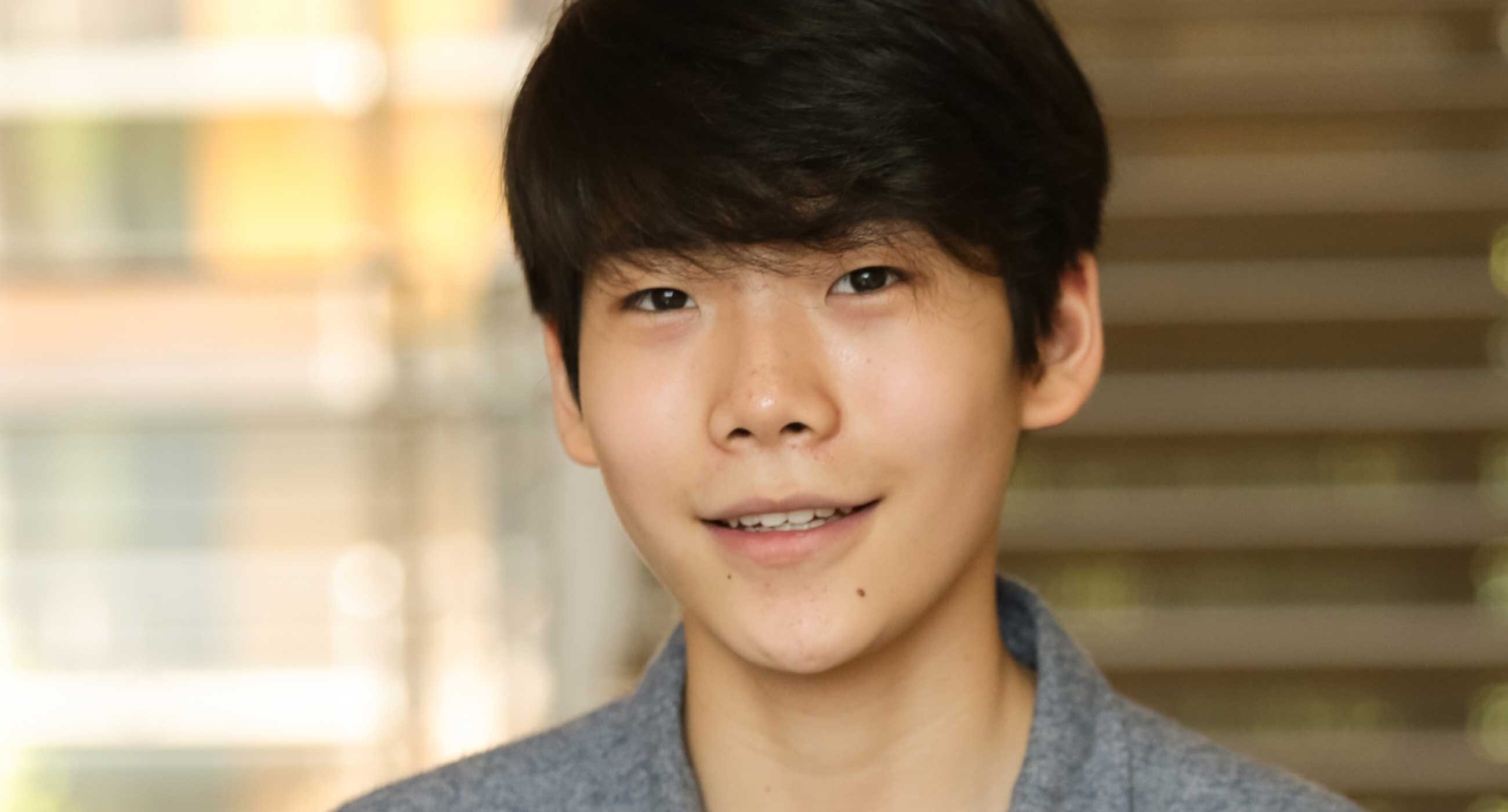 Noah Jung, 17, studies with Yehuda Gilad in the Music Academy. A Colburn student of four years, he is from Chicago, IL.

What’s your musical background? How did you start playing clarinet?
Both my parents are musicians. My mom’s a flutist and my dad’s also a clarinetist, like I am. So he actually taught me when I was really little until I was 13[which was when I auditioned for Colburn. I started playing when I was three, but not with the full-size clarinet because I was too small to play one. He gave me a mouthpiece, and I just played around with it like a toy. When I was five or six, I started with a really, really small plastic clarinet. And as my fingers grew, I moved up in size of clarinet, and my dad was always there, teaching me. So that’s how I started.

How did you decide that you wanted to study at Colburn?
Up until middle school, I was doing competitions, but I wasn’t necessarily taking music the most seriously that I could. My dad was basically telling me, “If you want to take this seriously, you need to study with the best professors out there.” And one of the best professors, if not the best clarinet professor, in the US right now is Yehuda Gilad. I saw that he taught at Colburn, so that’s why I auditioned.

What is it like studying with him?
He’s a great teacher. He’s very passionate, very wise. I’ve studied with him for a very long time. I’m probably his youngest Academy student that he’s accepted so far. This is my fourth year.

At this point it’s like, he’s my teacher, yes, but he also feels like part of my family. He always looks out for me and takes care of me. So there is a special bond, and you can really feel that every lesson.

How do you think he’s helped you develop as a musician?
Wow. He’s helped me in so many ways. The very first years I came here, we focused mainly on building strong fundamentals. But now, he’s probably impacted me the most in changing the way that I think.

Before I studied with Yehuda, I was always trying to copy other people’s sound. I would hear a really good recording on YouTube and I would be like, “Oh, I want to sound like her, him.” But after studying with Yehuda, I realized that the best sound is your own sound. And so I changed the way I think. Now when I’m practicing, I’m thinking more like, “How do I want myself to sound?” instead of, “How do I copy someone else?” It’s more about the mindset.

You mentioned that you were the youngest Academy student he’s accepted. Why do you think he chose to accept you into his studio?
Honestly, I have no idea. My prescreening recordings were kind of hilarious. I recorded them in my living room. Terrible acoustics with my iPhone. I really had no idea what I was doing. I think, or I hoped, at least, he saw some potential. I was nowhere near perfect when I auditioned, but I really loved music, and I still love music. And I think he saw that when I was playing. So that might be one of the reasons why.

Why do you love music?
It’s become such a vital part of my life. I can’t imagine myself without music. It’s been part of my life since I was a baby. Every day I heard my parents teaching, practicing.

It’s become such a part of my life that when I hear something, I love the music, but I also love the memories that comes with the music. So when I hear a clarinet sonata, I love the sonata, but I also hear my dad practicing in the living room. I honestly cannot live without it because of all those personal connections and memories.

Do you have a favorite piece to play or listen to?
It always changes, but currently, I’ll say Mozart clarinet quintet, because I’m really enjoying playing it with my chamber group right now. It’s one of my favorite pieces ever.

I particularly like the second movement. I like all the movements, but I like the second movement because of how calm it is, very relaxing. Sometimes I listen to it before I go to sleep. But also after the second movement, towards the end, there’s a really playful melody that you honestly don’t need to take too seriously, which is why it’s more interesting and more fun to play. It sounds humorous to a certain extent. I just like how the atmosphere is very light and lively, especially the last couple of movements.

How has it been at Colburn in general over the last four years?
It’s been a ride. There are lots of really, really great things about Colburn, like of course, the music element. But Colburn has also taught me so much about life in general, including so many life lessons and things that you can’t really learn when you’re just at home: experience, connections, friends, colleagues, and teachers. It helped me grow as a musician, but also helped me grow as a person and helped me develop myself in that kind of way. It’s almost like my second home at this point.

What’s been one of your most memorable experiences?
There’s so many to choose from. Actually, my most memorable experience was in a private lesson just with Yehuda. I was working on some fundamentals and I was having some trouble; I couldn’t quite get it, but there was a moment in the lesson where it clicked and everything fell into place. And that moment, Yehuda was extremely happy and I was really happy, and it was such an important moment for me, because from that day on, everything fell into play. That was probably one of my most memorable moments during my lessons.

This is your last year in the Music Academy. What are you planning to do with your music in the future?
I really want to play in an orchestra when I’m older, just because I love the feeling of… I mean, solo playing is really great. Playing solo is just a completely different feeling. You’re able to connect with the audience in a certain way when you’re playing solo, and you can do more with the music; there’s more creativity. And that’s something that I really like when I’m playing solo rep. That’s also why I like contemporary music.

But I also really love playing in an orchestra setting because of the feeling of playing together with a community. There’s something I can’t really describe, when all of these instruments come together and blend and create a certain sound. It’s a really, really amazing feeling. And I felt it when I was in NYO [National Youth Orchestra] the past summer. That was my first time playing in an orchestra since the pandemic. So it was like a new experience, but it was so great because everyone was so connected. We were listening to each other. The conductor was fantastic leading us. Just the whole element of community in an orchestra, I really like that.