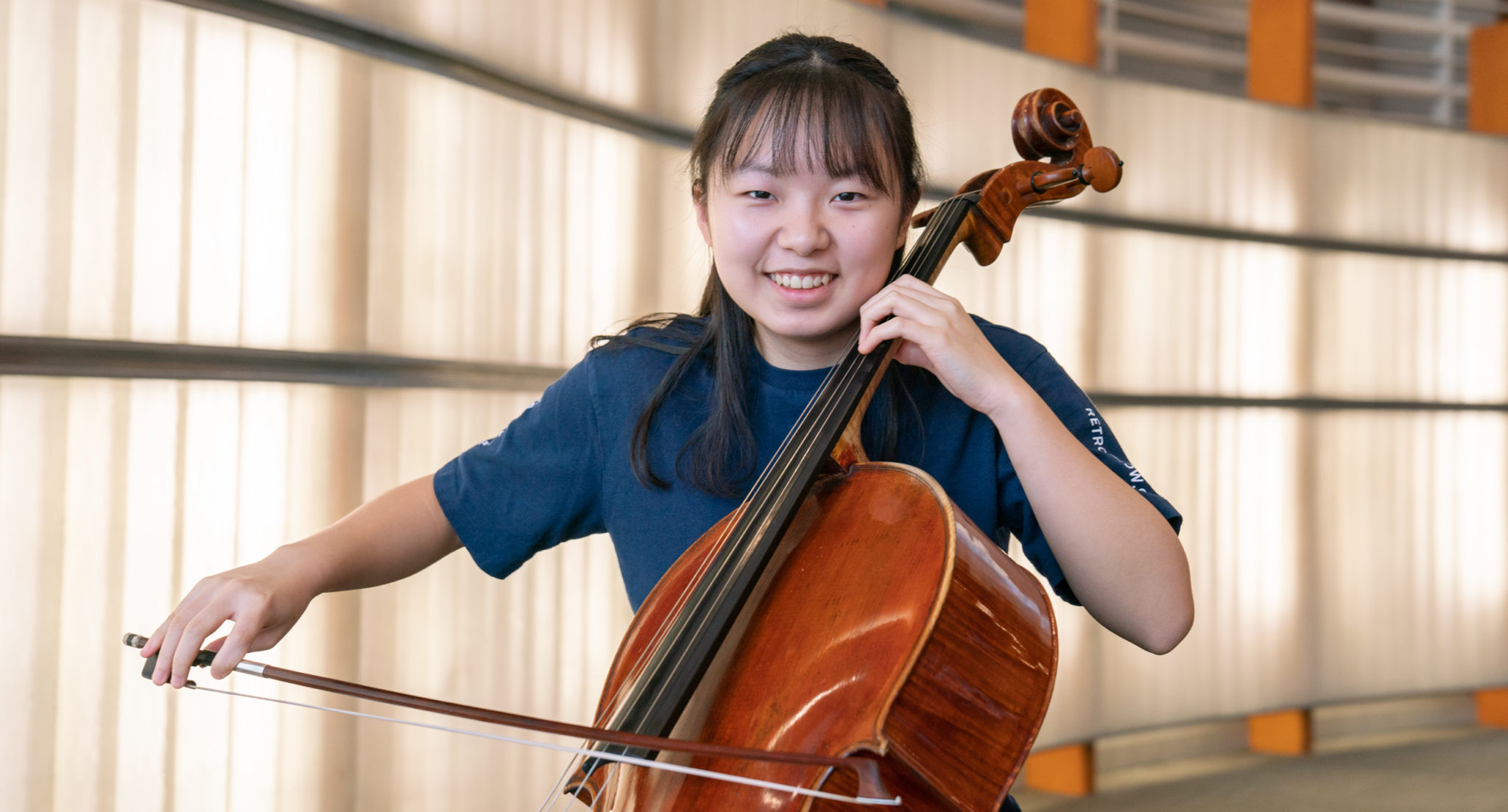 Ye Un, 16, is in her second year at the Music Academy studying with Clive Greensmith. She is from Seoul, South Korea.

Why did you decide to study at Colburn?
When I was in second grade, I lived in New York for two years because of my dad’s job. Cello wasn’t my major then, I was just playing it for fun. I really liked how they teach music in America, because it was really different back in Korea. It was really strict. I wanted to come back to America to study music, and my great uncle lives near here, so I chose to audition here.

What has your most memorable experience here been?
Playing [Music Academy Young Artist Performances]. Last semester, one of the MAYAPs was part of [Grand Avenue Arts: All Access]. I played in it and there were a lot of kids in the audience. When I went on stage, there were a few kids in the front row, and they were really free during the performance.

Do you want to perform more for kids in the future?
Yeah, it’s really fun. One of my cousins is in third or fourth grade, and I used to play for her a lot. I used to teach her too, and it’s really fun to see how they react. One time, I was in a practice room, and I asked her to dance to my music.

How is it studying with Mr. Greensmith?
It’s really different from my teacher in Korea because in Korea, everything is planned out in a lot of detail, and we need to follow the teacher. Here, Mr. Greensmith respects my opinion and my music, so I can play my music in my own way.

What pieces are you working on right now?
I’m working on the Kodály Sonata for Solo Cello, Op. 8. That piece is really interesting because you have to tune your G string and C string half a step down, so it becomes G-flat and C-flat. It’s really contemporary, and Mr. Greensmith wanted me to learn this because he wanted me to be more powerful on stage. It really helped me a lot. I performed it in two studio classes so far, and he said my sound really improved and got stronger.

It’s a unique piece. There are a lot of fortes and fortissimos, and accents and rubato. There’s a Hungarian style in it, so you have to improvise the rhythm a little. These styles help me to improve.

You performed in a master class with Gautier Capuçon recently. What was that like?
I was so nervous. It was one of the scariest experiences in my life. He was my role model since when I started to play the cello, and I didn’t expect to play in front of him because he’s so famous.

He was really picky. I played the first line for 15 or 20 minutes, and he only worked on the first page the whole time. But after that, my style really changed, and my sound was a lot better. I really improved.

Why do you play music?
Sometimes I really don’t like to practice, but when I try to make my own music it’s really fun. It’s like telling a story in a different language than talking. Sometimes if I hear one phrase of music, it’s like speaking one sentence but without words. It’s so cool.

What do you want to do with your music in the future?
If I get famous—I’m not sure, but if I become famous—I want to inspire young students to work hard and pursue their dreams. One of my goals is to make a lot of money from my performances and donate to people in need, like to hospitals. I want to play in hospitals and places like that.