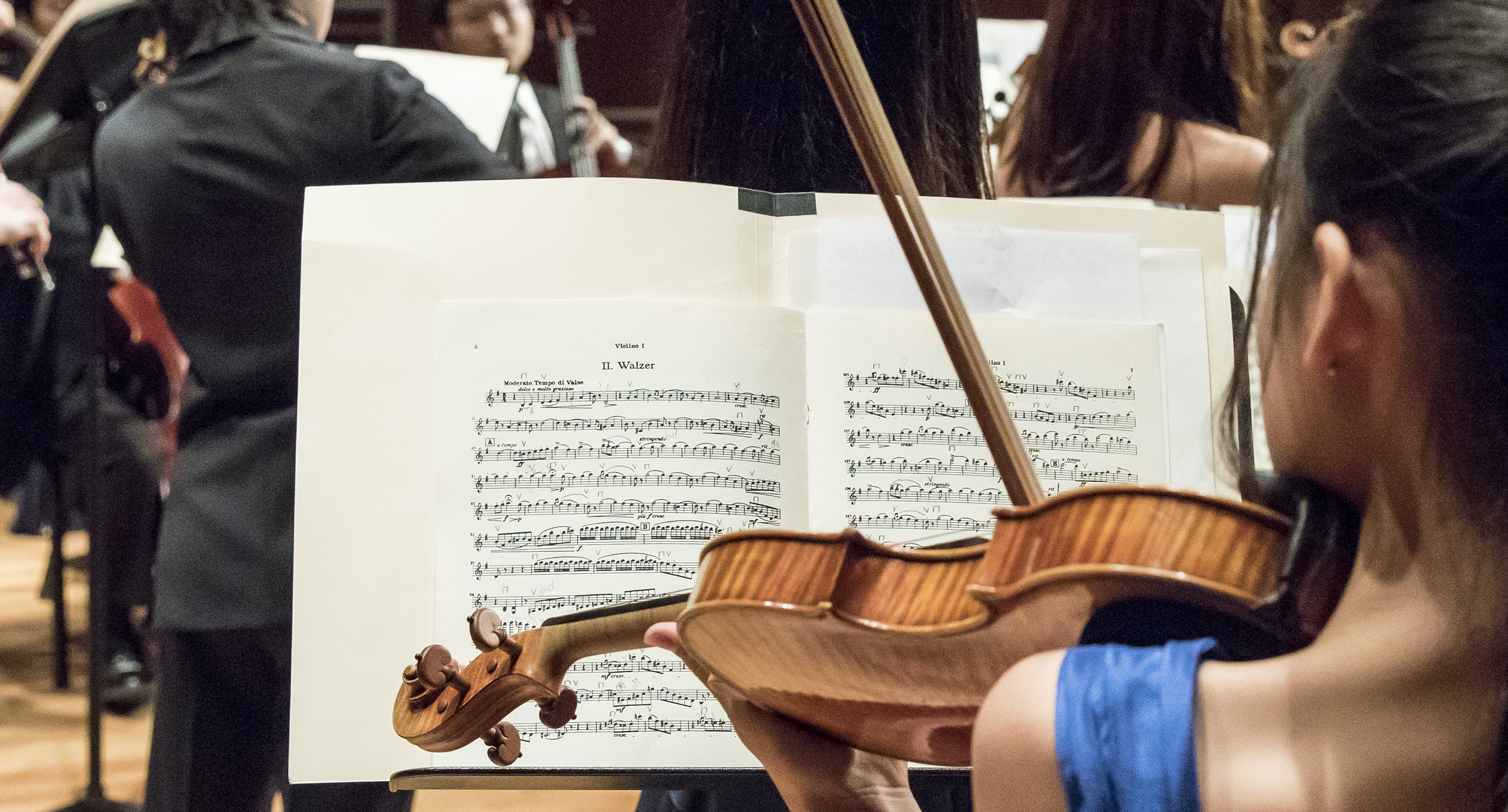 They have to learn to use their ears in a very sophisticated way. Margaret Batjer

This story was originally posted November 21, 2014.

The tradition of the conductorless orchestra stretches back to the very beginning of symphony history. The earliest orchestras were led by a concertmaster, often the harpsichordist or violinist, who initiated the ensemble’s performances. Composers served as the earliest conductors, but the role evolved over time into the professional music director common today.

The Music Academy’s string ensemble of talented pre-college musicians, the Academy Virtuosi, is a continuation of the orchestra’s earliest heritage. Like those early orchestras, though, the Academy Virtuosi work with a professional concertmaster, Margaret Batjer of the Los Angeles Chamber Orchestra, who guides them in a coaching role through the special challenges of conductorless performance. “They have to learn to use their ears in a very sophisticated way,” Ms. Batjer said. “Each member of the section from first to last chair has a much greater responsibility than when there is a conductor.”

For the Academy Virtuosi, the opportunity to play under these circumstances is both empowering and educational. “It’s a rare opportunity for students their age to play in an orchestra without a conductor,” said Ory Shihor, dean of the Music Academy. “I don’t know of many programs where young musicians get to perform this way.”

Ms. Batjer draws from expertise gleaned from her mentors when she was a student and the wealth of experience developed at the Los Angeles Chamber Orchestra. “I have worked with the students over the past 10 weeks on this program,” she said. “Aubree, from the Concertmaster chair, as well as the other principals, have learned to lead the ensemble themselves physically and also musically by example. They have come so far in terms of understanding the nature of a conductorless ensemble as well as growing musically and technically with the program.”

“Working with young musicians is one of my greatest passions,” Ms. Batjer said. “Although I only began my work with the Virtuosi this year, I have seen such growth in all of them individually and collectively. I have enjoyed working with all of them very much.”

Update, May 1, 2017: The Academy Virtuosi will perform their year-end concert on Tuesday, May 2. The program will include selections from Vivaldi’s Double Violin Concerto performed by concerto competition winners Ray Ushikubo and Qiaorong Ma.