Producing The Anonymous Lover: Presenting an Opera During a Pandemic 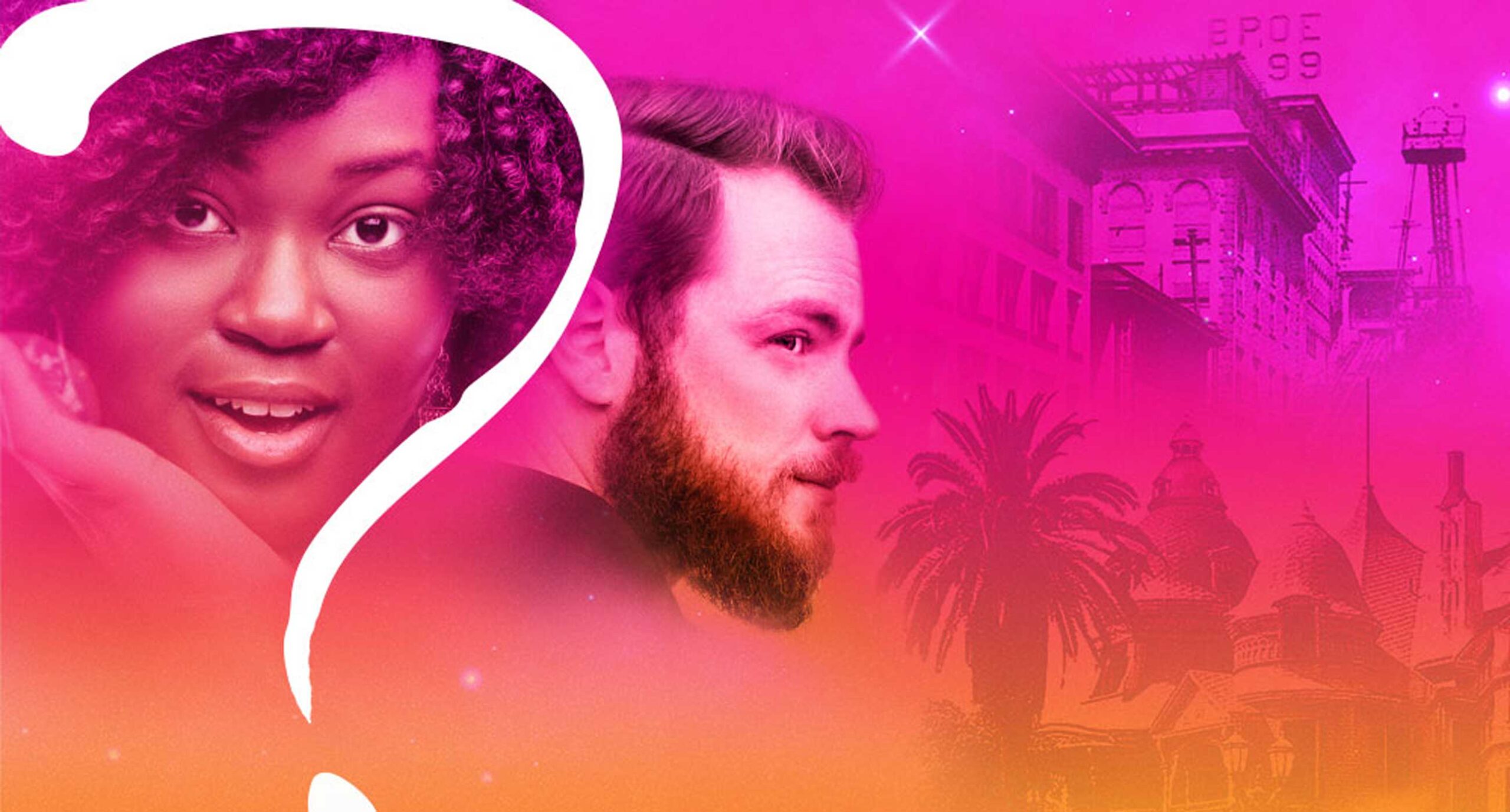 Colburn has partnered with the LA Opera to stage and stream an unjustly neglected opera on November 14 at 5 pm.

With the ongoing COVID-19 pandemic keeping concert halls and theaters quiet, artists around the world have had to innovate to continue safely practicing their craft. Case in point: Colburn and LA Opera’s upcoming online stream of The Anonymous Lover, a 1780 chamber opera by black composer and Mozart contemporary Joseph Bologne, Chevalier de Saint-Georges. The production will feature a socially-distanced stage setting, with singers standing at least 20 feet apart. But coronavirus constraints weren’t the only challenge faced by the creative team. Because the opera had not been performed since the 18th-century, only an incomplete score, dated dialogue, and hazy storyline had survived. Learn more about the restrictions, research, and restoration involved in bringing this production to the stage.

Based on a play of the same name, The Anonymous Lover tells the story of Léontine, a beautiful young widow disillusioned with the idea of love. For months, she has received a steady stream of letters and gifts from an unknown man professing his undying passion. This anonymous lover turns out to be her best friend, Valcour, who has been hiding his true feelings for a decade.

“It’s a classic romantic comedy plot,” explains dramaturg Ariane Helou. “There are two people who are meant to be together, but for whatever reason they can’t quite get up the nerve to communicate that to each other, so the drama that unfolds is them mutually coming into this discovery and entering into a new phase in their relationship.”

As a dramaturg, Ariane is responsible for the “research and background work that helps with the story telling and world building. Any questions that anyone has, I’m here to find the answer to.”

For this particular project, her main job has been working on the performance script. While the original libretto still exists, it had to be translated from French to English, modernized, and clarified using the original source material.

“The play is much more dramatically realized and fleshed out in terms of characterization and plot than the libretto is,” says Ariane. “So we’ve taken some material from that play and put it into the dialogue, which we hope will move the story along.”

Ariane also worked closely with Director Bruce Lemon, Jr. to update the language and action of the opera.

“This is supposed to be a romantic comedy, and we want it to feel that way to modern audiences,” explains Ariane. “There are moments where Valcour is extremely manipulative. It’s the kind of behavior that would have won him points in the 18th century, but will decidedly turn audiences against him today. We’ve cut some of his excessively toxic behavior and focused on drawing out the good qualities that already exists instead.”

The production will be set in a modern era. “Think of it as almost an alternate Los Angeles on Bunker Hill,” details Bruce. “Instead of the redevelopment project that happened in 1955, those Victorian homes are still there instead of the high-rises we have today, and it’s became a vibrant community full of black and brown people.”

“If you want to do a production of La traviata or another one of these very famous pieces, you can go to a music store and find 8-10 different editions on the shelf,” says Ariane. “You have something that’s ready to work with and can start rehearsing the music the next day if you’d like.”

However, for The Anonymous Lover, only a handwritten, incomplete manuscript of the full score existed when this project began. In order to bring the opera to the stage, the music had to be restored. LA-based company Opera Ritrovata has led that charge, taking on the task of engraving the opera.

“We were fortunate to discover Opera Ritrovata, who had already started the process of digitally engraving and were willing to continue [working on the project],” says Melisandra Dunker, LA Opera Music Librarian. “They agreed to create a set of scores and parts that we could rent.”

“This was no small project, and there was a lot to consider in the creation of parts. The considerations could range anywhere from how to deal with missing music in the score to whether or not to add dynamics and how to deal with inconsistencies in articulation.”

“At the end of the engraving portion of any project, there is always the time-consuming process of going measure by measure, note by note, proofreading to make sure everything is correct between the manuscript, scores, and parts. The entire process is tedious, but is worth it when you are finally able to revive works such as this!”

The only surviving aria from Ernestine, another Joseph Bologne opera, has been added for this edition of The Anonymous Lover. “It’s gorgeous,” raves Ariane, “so we found a way to work it in and gave it to a character who otherwise would have had a non-singing role.”

How do you produce an opera with 6 singers, 10 cameras, an orchestra, dancers, and crewmembers who all have to remain socially distant?

“There are parameters that we have to dance around, like how many people can be in the space at once. You also can’t have someone singing on one part of the stage, and then have someone else go to that same spot ten minutes later because [there are particles] in the air now.” But the cast and crew have embraced the distance, which has ultimately turned the production into a blend of modern film and traditional live opera.

Colburn’s AV team has worked with LA Opera to capture the orchestra, dancers, and singers in separate rooms, then seamlessly connect them together for the final livestream. The orchestra was filmed in Olive Rehearsal Hall, and the dancers and singers will be filmed in Zipper Hall using remote and manually operated cameras. The absence of a live audience means the setup can expand beyond the stage, with singers on the orchestra level and in the balcony of the hall.

“Since we’re filming this to be streamed at home, we can get in close [with the cameras],” Bruce says. “Private moments can be private moments, and we can create an intimate experience.”

This production of The Anonymous Lover not only brings to light a lost work, but also a lost composer.

“I don’t want the story of Joseph Bologne to get buried here because his story is incredible,” Bruce emphasizes. “He was highly educated, a talented fencer, a virtuosic violinist. His mother was a 17-year-old slave and his father was a slave owner.”

“When people hear Joseph Bologne, they usually hear ‘the Black Mozart,’” points out bassoonist and Colburn Conservatory alum Andrew Brady. “[The truth is] Bologne was doing some things before Mozart. Mozart heard them and started incorporating them. [Bologne] is such a huge figure that isn’t really well known, but was doing some really amazing things.”

Prior to this project, Andrew had the opportunity to play a suite of Bologne’s music with London’s Chineke! Orchestra. “[That performance] had such a significance because that orchestra is primarily black and minority ethnic musicians. Sitting in an orchestra full of people that looked like me, playing music written by a person who looked like me—I never thought it was something that could happen. Growing up, going through music school, and playing in orchestras, I was either the only black person or one of two or three.”

Andrew’s experience highlights why it is vital to perform unjustly neglected works such as The Anonymous Lover. “People can’t know what they can be if they can’t see it,” he says. “Because of the way this production is being presented, it’s able to be viewed by a much wider audience than coming to the hall. It provides access to those who would normally not receive it, and they can see themselves in the arts, singing, composing, and directing. To have this kind of visibility is so important.”

“I hope people see this production and are inspired to learn more about [Joseph Bologne] and seek out more people like him that have not been featured.”

You can watch the LA Opera’s online stream of Joseph Bologne’s The Anonymous Lover for free on Saturday, November 14 at 5 pm. Reserve your ticket today.

Interested in learning more about this newly rediscovered opera? Join conductor James Conlon, stage director Bruce Lemon, Jr., dramaturg Dr. Ariane Helou, and more for an in-depth discussion of the work on Saturday, November 7 from 9 am–3 pm. Tickets are $20 and can be purchased here.

As with nearly all Colburn programs, access to this one-of-a-kind performance is free for everyone. In celebration of the strength of the performing arts during this uncertain time, we hope that you will support the Colburn School and help programming like this remain free. To make a donation, click here.

The Colburn School and LA Opera production of The Anonymous Lover is made possible with generous support from the Colburn Foundation.