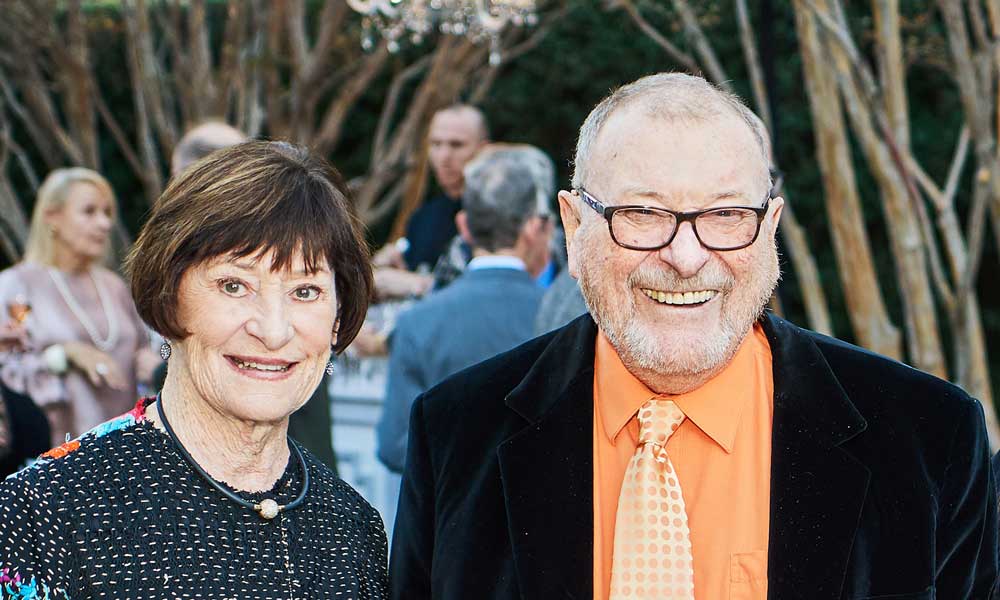 Warner Henry, a beloved Colburn community member, passed away this past Sunday, August 2, surrounded by his family at their home in Pasadena.

Warner joined the Board of Directors at the Colburn School more than 15 years ago, and he remained actively engaged in many areas of the School’s governance, including the Executive, Advancement, and Communications Committees. He and his wife Carol were lead supporters of our Colburn Chamber Music Society series from its inception and reliable fixtures at many Colburn School concerts. They were also gracious hosts of the annual Colburn Society dinner, opening their home to our student artists and donor community for more than a decade.

Warner was born and raised in Los Angeles. After serving for two years in the Navy and receiving both an A.B. in Economics and an MBA from Stanford University, he returned to Southern California and began a successful career in the family business, which led to other successful ventures such as the Henry Wine Group. Throughout his working and retired life, he and Carol devoted their time and resources to the arts, becoming vital champions of orchestral, choral, and chamber music. In fact, the Henrys were key to the formation of the LA Opera in 1986 and continued to serve on the Executive Committee of the Board until only recently. Warner served on numerous boards over the years and was a stalwart supporter of the Los Angeles Chamber Orchestra, LA Opera, Musica Angelica, and Colburn, among others. In 2017, Warner and Carol endowed the Allan Vogel Chair for Principal Oboe at the Los Angeles Chamber Orchestra.

In recent years, Warner created and launched Chamber Music LA, a collective of seven chamber music organizations, including the Colburn School, that work to raise awareness of the genre and cement the city as the foremost chamber music destination in the world. Warner was moved by the experience of classical music in smaller, intimate venues. As part of that passion, Warner long dreamed of Los Angeles hosting a complete cycle of the renowned Beethoven String Quartets—a dream that was finally realized this past fall with the Colburn School’s Beethoven 250 Festival. On the closing night, the School honored Warner and Carol with the Richard D. Colburn Award for their significant contributions to the music world. You can read the tribute from the Beethoven 250 program booklet below.

Warner has left an indelible mark on classical music at Colburn and across Los Angeles. His positivity, kindness, generosity, creativity, and collaborative spirit enriched all of our lives immeasurably, and he will be deeply missed.

This August, the Colburn school will debut a streaming presentation of the complete Beethoven Violin Sonatas featuring Conservatory faculty Martin Beaver and Fabio Bidini, which will be dedicated to the memory of Warner Henry. When in-person performances are able to resume, we look forward to celebrating Warner Henry’s life on our campus.

Please join us in sending Carol Henry and the Henry family our deepest condolences. 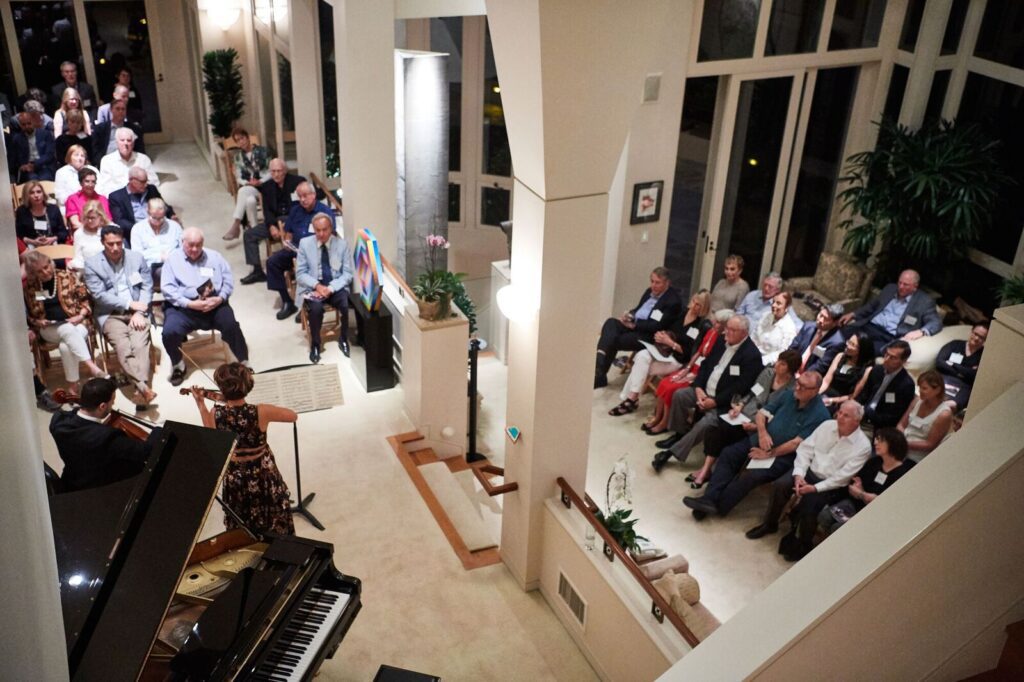 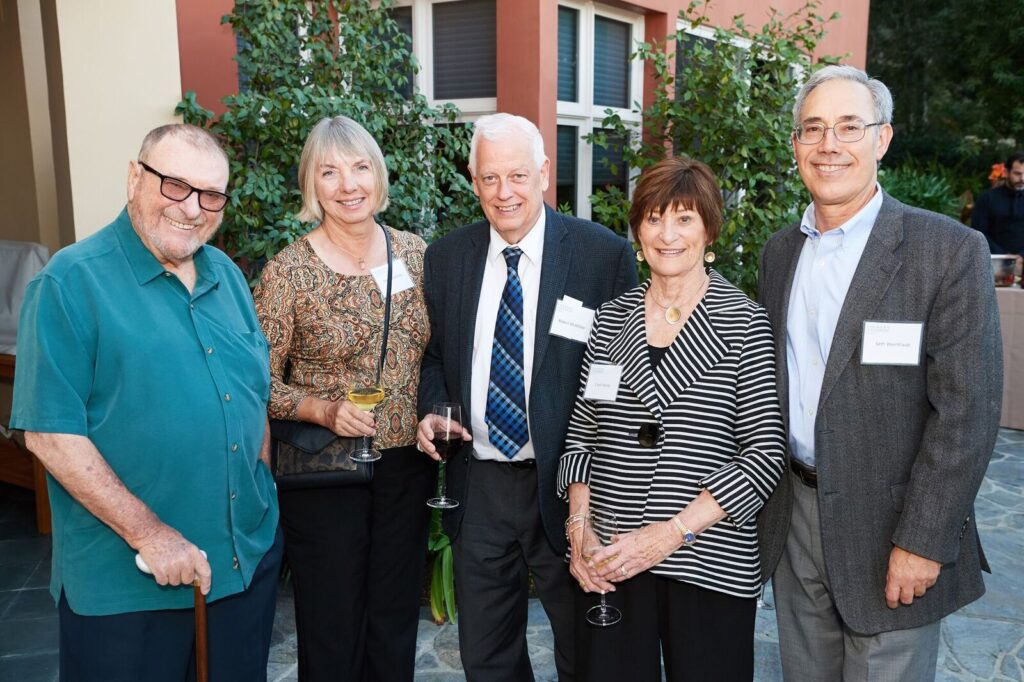 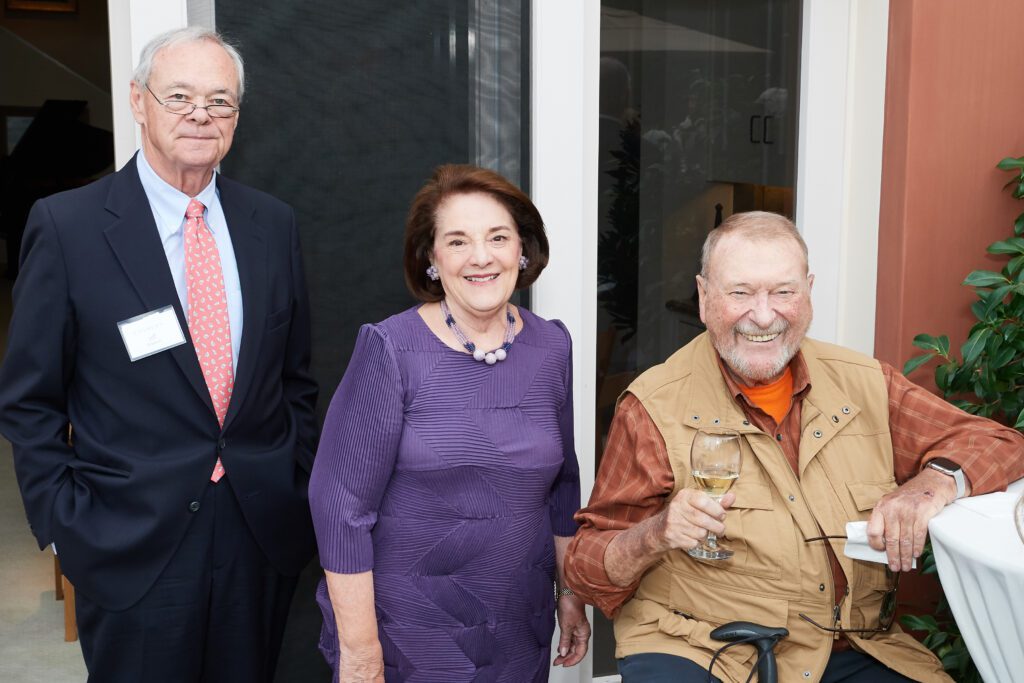 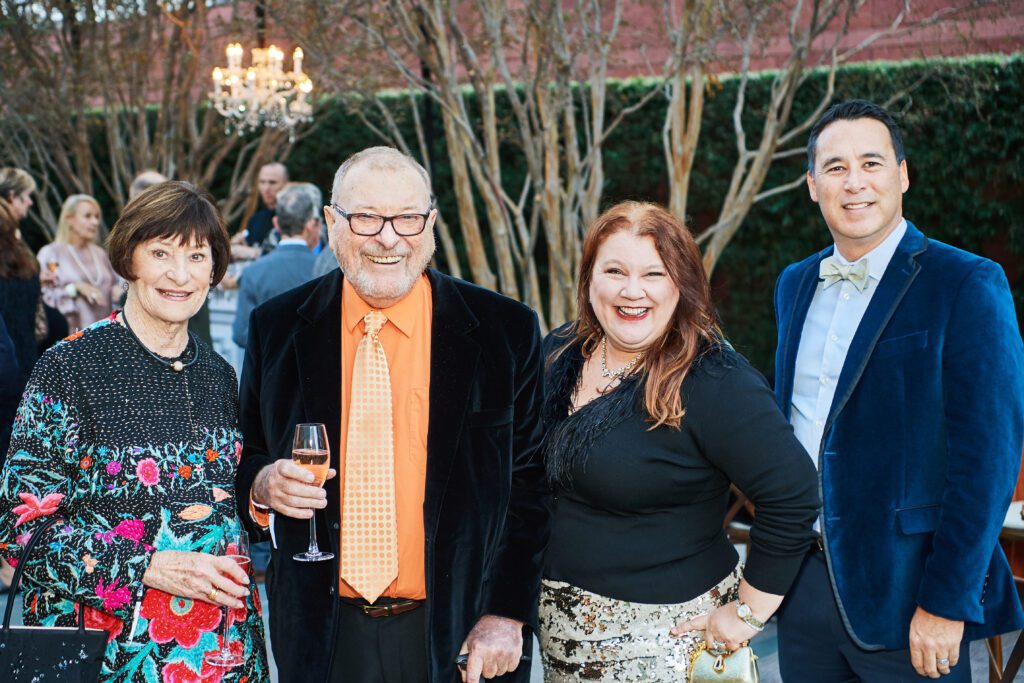 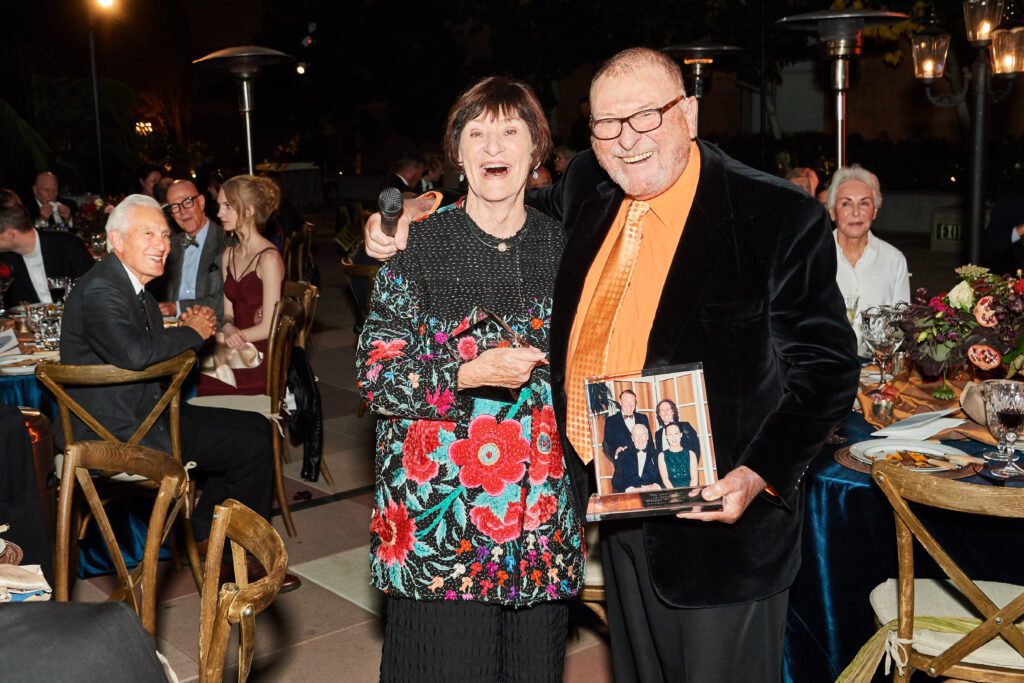 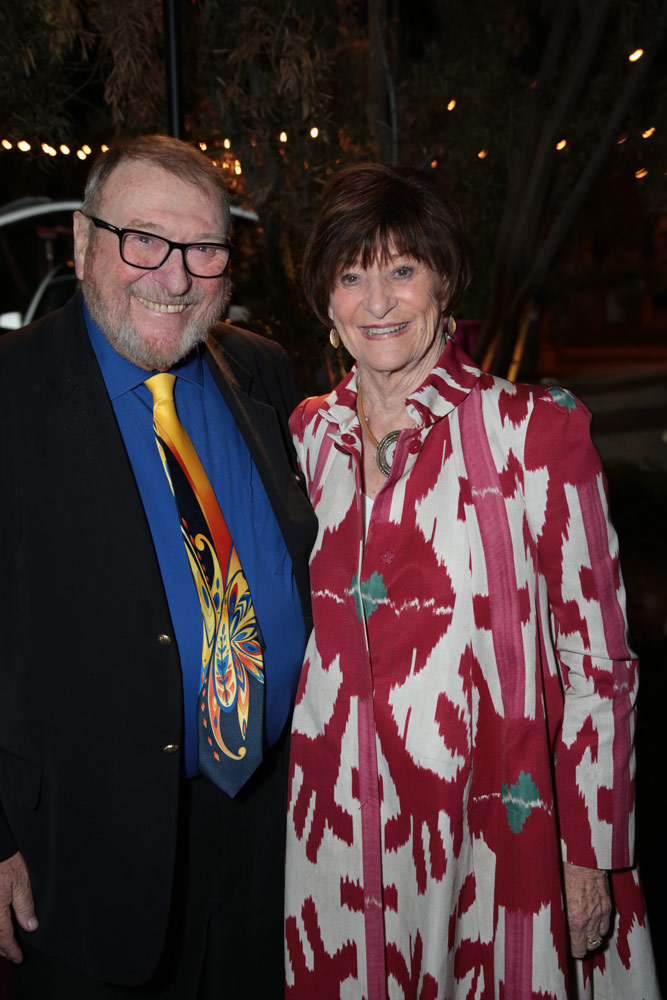 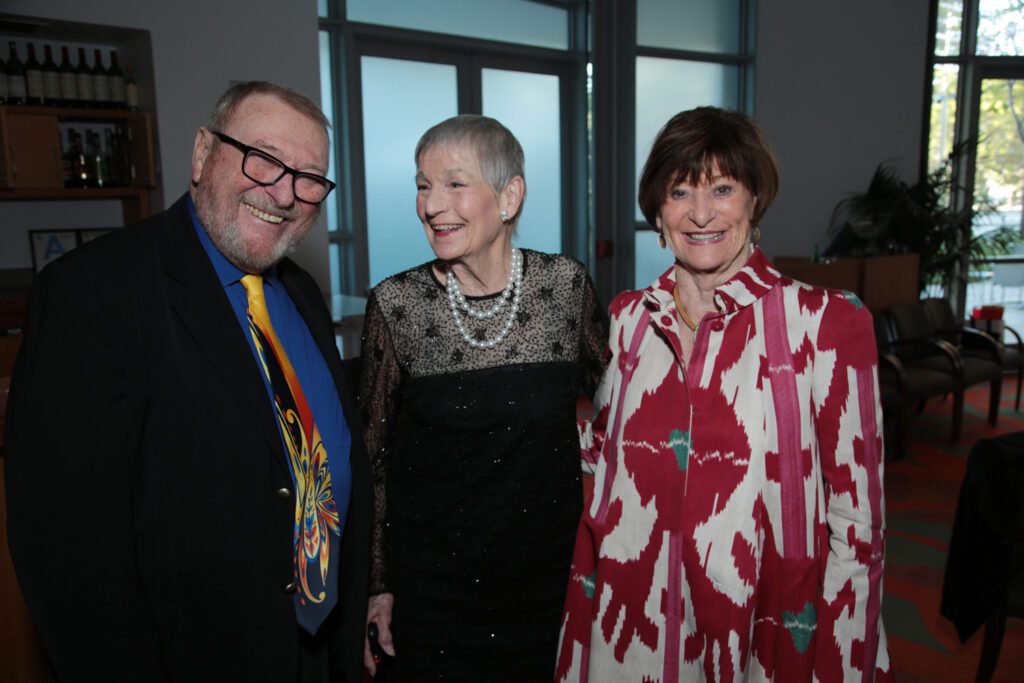 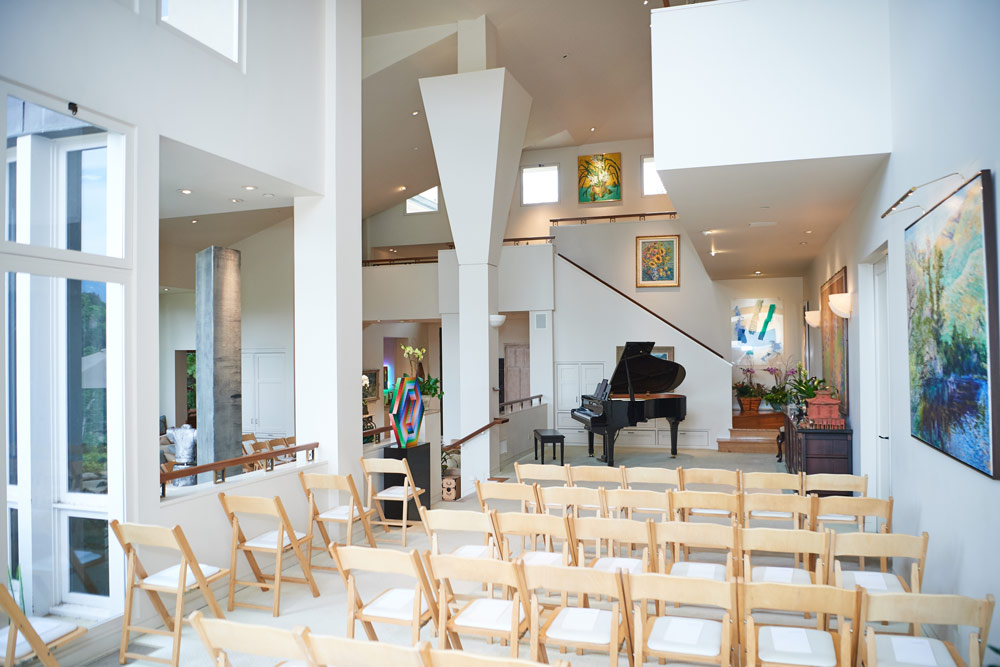 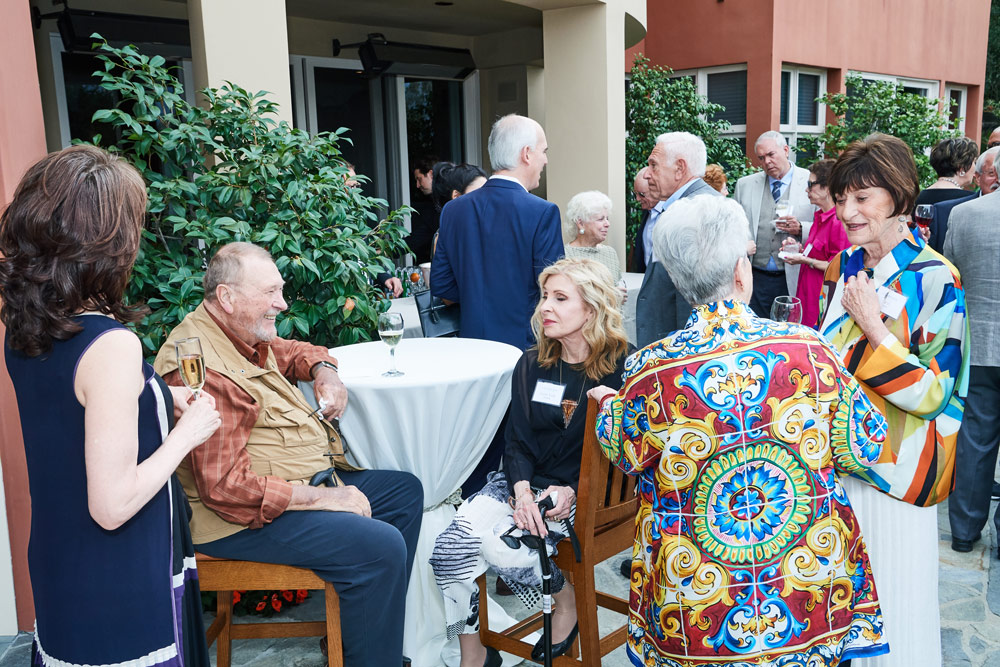 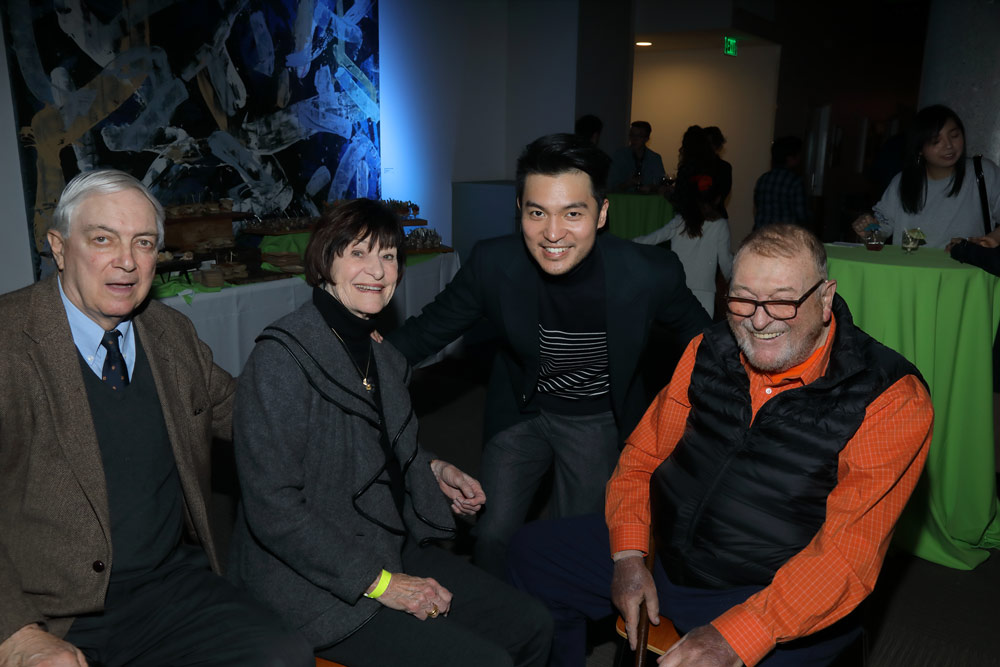 From the Beethoven 250 Festival Program Booklet

Established in 2009, the Richard D. Colburn Award recognizes and honors individuals and organizations whose dedication, work, and reputation enhance the teaching and performance of classical music and dance in Southern California.

Carol and Warner Henry
Philanthropists Carol and Warner Henry have been longtime advocates of chamber music and opera across Southern California. They have shared a passion for the arts since they were married in 1966, and for more than five decades, the Henrys have supported the arts in Los Angeles through dozens of organizations, including the Colburn School, LACO, LA Opera, LA Master Chorale, LA Philharmonic, and Musica Angelica Baroque Orchestra, among many others.

Besides having served as president of the LA Opera, Carol is currently chairman of its executive committee and is active on numerous community boards, including KCET Women’s Council, the National Council on Alcoholism and Drug Dependence, Cate School, Teach for America, the Opera League of Los Angeles, USC Thornton School of Music, Pasadena Art Alliance, and ArtCenter College of Design. Warner serves on the board or is an overseer of the Employers Group, The Henry Companies, Hoover Institution, LA Opera, LACO, and the Colburn School.

Together, Carol and Warner have shaped the vibrancy of the chamber music scene in Los Angeles for professional artists and emerging young musicians like the students of the Colburn School. In appreciation for their unwavering commitment, we honor them both this evening.

A performance of Beethoven’s String Quartet No. 13 in B-flat major by Calidore String Quartet at the Colburn School’s Beethoven 250 Celebration in October 2019, held in honor of Carol and Warner Henry. It is with deep appreciation that our new series A Serving of Beethoven: The Violin Sonatas with Colburn faculty members, Martin Beaver and Fabio Bidini, premiering on August 27, 2020 honors Warner and his dedication to the world of performing arts. To join us, please visit here.

Messages from the Colburn community

We warmly remember Warner both as a monumental contributor to classical music in Los Angeles and as an extraordinarily wonderful human being. His infectious laugh, his inspirational messages, and his dedication to the community cannot be matched. He will be sorely missed forever.

We will always remember Warner as a consummate host and magnificent supporter of the arts in Los Angeles. We are so grateful that we got to know Warner and were able to share so many lovely events at Carol and Warner’s home. His enthusiasm for classical music and his support for the Colburn School encouraged many. He will be missed.

Where can I start when talking about Warner and how much he meant to the city of Los Angeles, to the world of music, to me personally? In a few short words, his friendship, support, and mentorship encompassed a circle of thousands and I was honored to be the beneficiary of so much of his time and wisdom, considering all the organizations and people he had under his wing. His creativity and enthusiasm pushed all of us who work in the arts to new heights. He was respected and loved for always leading by example and for his inclusive spirit. LA would not be the world capital of classical music that it is today without Warner and Carol. We all owe them unending thanks, though they never sought it; they only sought to make a difference and that they have done!

Sending love and warmth and deepest condolences to Carol, their children, their grandchildren and all of Warner’s friends and family. Wherever great music continues to sound in LA, Warner—the man who probably attended more concerts than anyone else in Southern California—will always be there.

We wish to express our most profound condolences for your loss. We have wonderful memories of the soirées you and Mr. Warner hosted on behalf of Colburn School and remember fondly how thoughtfully Mr. Henry would select the wine for the sumptuous meals. As parents of two children who benefited from many years of musical education at Colburn, we remain in gratitude to you and Mr. Henry for your herculean support of the school. It was a privilege to have been acquainted with Warner and we will miss him.

I met Warner when I joined the LACO board in 1987. He was a charming, pull-no-punches mentor and friend from the very first. I was President of the Board when, in 1994 right after “the Big One” earthquake (a.k.a. the Northridge Quake), we realized the organization was going to fail financially. Eric Vollmer was the executive director at that time and we informed the board of the situation and together decided to attempt a voluntary workout rather than lose the organization. Nick Ciriello led the effort to trim expenses, Greg Soukup guided us with the tax board, I stood up and begged for money at concerts, Ron Rosen obtained first-rate pro-bono legal help, and each member pulled together to make it work.

When we had a plan, Eric and I visited Richard Colburn in his office at La Collina. I burst into tears when we were ushered in, and apologized for the state of the orchestra, which Richard was instrumental in founding. Richard, always the gallant one, listened to our plan, picked up the phone, and called Warner to join him in giving an emergency cash infusion of $250,000 each, which LACO would meet 3:2 by raising another $750,000 to make a kitty of $1,250,000 to pull us through with retrenchment of the season and concessions made by musicians and our suppliers. Warner agreed on the spot, and thus we were able to save LACO from the jaws of bankruptcy. Happily, LACO has not only survived, but thrived, thanks in large part to its wonderful musicians, supporters, leadership, and staff. Warner personified the very best in patronage: true love and knowledge of the art form, creativity and vision, generosity, business acumen and common sense, and an egalitarian spirit which brought out the best in those of us fortunate enough to be his colleagues and friends. Rest in peace, Warner, old pal.

Mr. Henry was a great lover of classical music who put his money where his ears were and shared it with that overused word: community. But he really did. I remember seeing Mr. Henry at so many events. On more than one occasion, I went over to him and thanked him for his generosity. The Republic of Music has lost a great friend who will be missed by many. May his friends and family be comforted. Let the memory of Warner Henry be for a blessing.

Warner was a very down-to-earth person and I always enjoyed conversing with him. His generosity was among the most impressive I have ever seen. Many great evenings were enjoyed by me at the in-home dinners and performances. I am sorry for our loss.

What a great loss for all music lovers! Warner celebrated his love of music with us backstage after every concert with a huge smile on his face saying “ooh la la”. A dear friend and mentor to so many organizations—a legend.

Our love to Carol and the family, Yehuda and Kim

Warner was a force of nature blowing fresh, smart ideas into the classical music world. He was always great fun and totally welcoming to music lovers and performers. His departure leaves a HUGE hole in our music world and in our hearts. We will miss him often. I hope that Carol feels our arms around her.

Warner’s commitment to young musicians, The Colburn School and classical music and opera was always front and center. Even when he wasn’t feeling his best, he showed up to admire and enjoy Colburn’s young artists. He will be missed. My deepest condolences to Carol and family.