Join Us for a Live Performance in a Remarkable Space

Architects design for the human experience. When an architectural space is filled with live performance, the artistry of the experience is palpable. Musicians and dancers are regularly adapting—from moment to moment—to their space. Sound waves are adjusted for, sight lines considered, obstacles choreographed around. In this series, we will study how the nature of space affects the experience of the artists and the audience.

This year’s Space & Sound programs will include Colburn artists performing live in remarkable architectural spaces, joined by industry experts and special guests in a lively and educational conversation with attendees.

This exclusive event allows attendees to enjoy a lovely afternoon at the stunning residence of Erin David. David’s midcentury modern home was designed by the late architect, John Kelsey, who left a sizable thumbprint on southern California thorough his design of the curvilinear Norton Simon Museum as well as many other residences and noteworthy commercial buildings. Discover Kelsey’s unique design along with updates and nods to his original vision with Erin David’s renovations and interior styling.

Tickets for this event are no longer available.

For more information or if you would like to be placed on the waitlist contact Tara Grand at tgrand@colburnschool.edu or call 310-279-6430.

Qiao Tiger Zhang (piano), Nathaniel Yue (cello), and Holly Lacey (violin) are members of the Nth Trio in the Colburn Community School of Performing Arts’ Ed and Mari Edelman Chamber Music Institute’s Honors Program. Coached by Michael Kaufman, the piano trio recently advanced as semifinalists in the 49th annual Fischoff Chamber Music Competition. In 2022, the trio won first prizes in the Camerata Artists International Competition, ENKOR Competition, and VIVO International Music Competition. The Trio was also selected to participate in masterclasses with Jean Yves Thibeaudet and Geraldine Walther. Tiger studies the piano with Jeffrey Lavner and was a semifinalist of the Music Center’s Spotlight Award in 2022. Nathaniel studies the cello with Ronald Leonard and Vardan Gasparyan and has been featured on National Public Radio’s From the Top. Holly studies the violin with Margaret Batjer and currently serves as Concertmaster of the Colburn Sinfonietta.

BACH Partita No. 2 in D minor
I. Allemande

The late John Kelsey was born Dec. 7, 1935, in Lost Angeles, CA. Kelsey was the youngest of three boys and after his father died just before the Depression, he lived in San Francisco and Los Angeles with his mother.

Kelsey began his career as an architect after becoming a cadet for the Army Air Forces near the end of World War II. He attended USC’s School of Architecture because he was always interested in form, taking up sculpture and in the 1970s and painting in a abstract style. 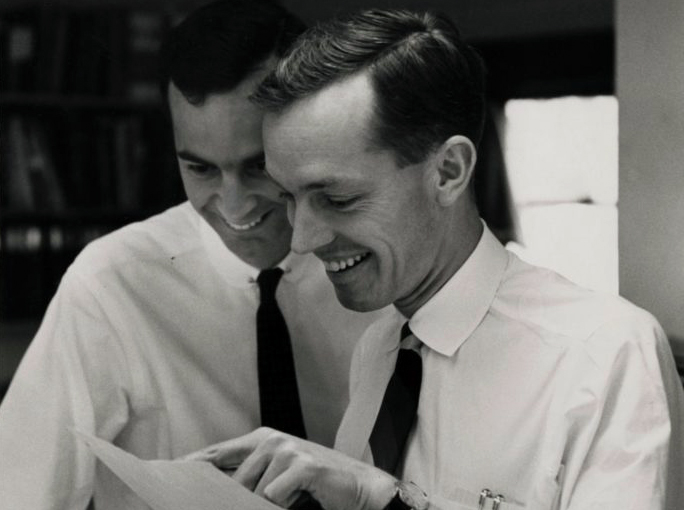 About the Kelsey House

The Kelsey House is a classic nine-square Italian villa that includes classic rigor in the symmetry and formalism of the house, yet incorporates its own spin on a modern interpretation of the villa.

Originally, the Kelsey house was designed and built for Kelsey’s own family of five, and it clearly reflects his admiration for midcentury modern styled homes. the house is seriously playful, combining the whimsical embrace of the site’s lush landscape with a modern influence. Situated on about two-thirds-f-an-acre in a prestigious neighborhood, the house has a quality of extreme spaciousness. and privacy. And, at 3,412 square feet, it’s relatively large for a mid-century modern house.

Learn more about the interior and exterior of this magnificent home HERE.

All proceeds benefit the performing arts education at the Colburn School, and ticket purchases are tax-deductible as allowed by law.