Stephen Marshall Slows Down for His Final Bow 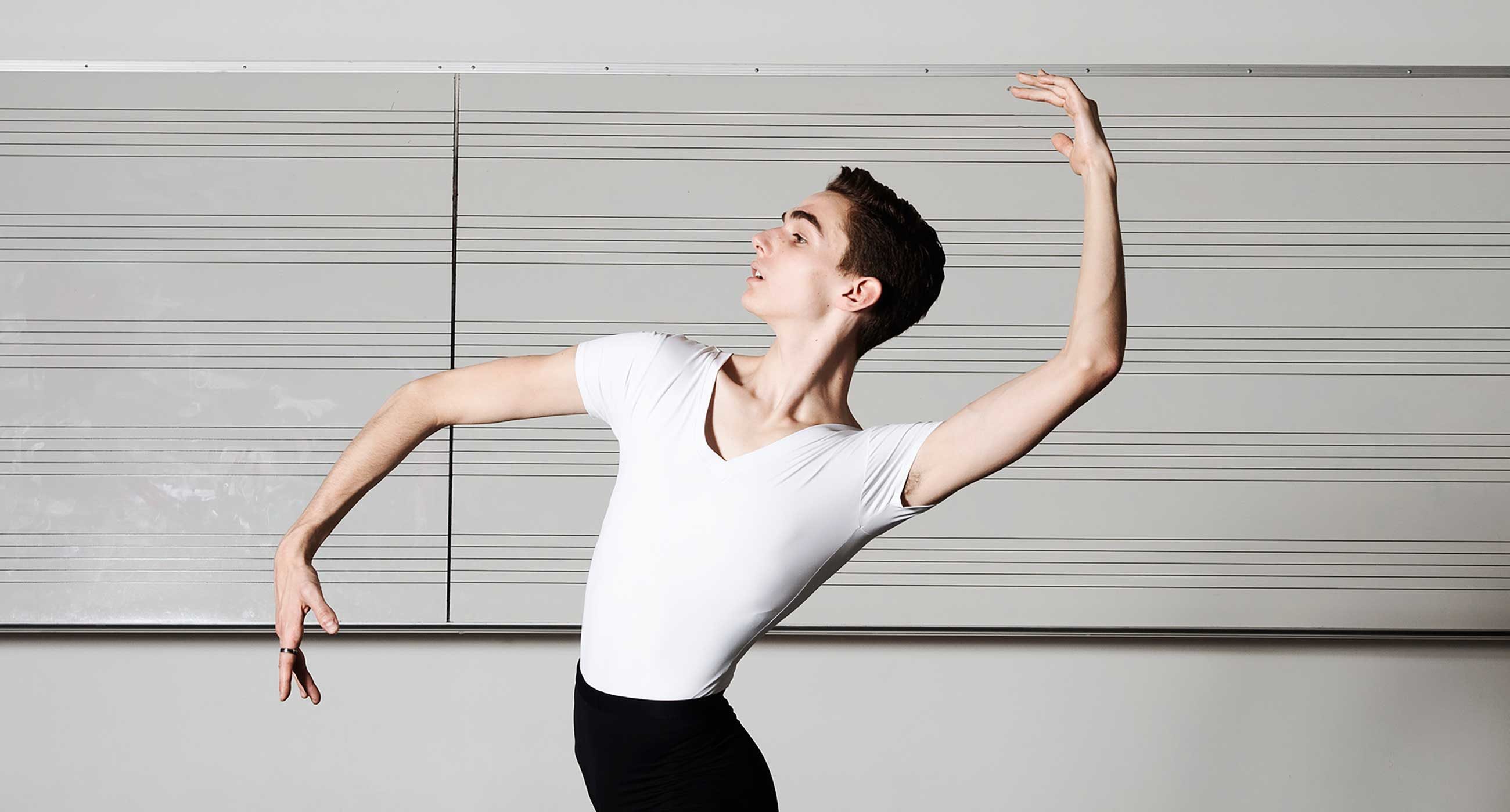 On Sunday, June 2, Stephen Marshall will finish his two years in the Dance Academy by performing the “Gold” variation from The Sleeping Beauty’s Jewels Divertissement before joining the Carolina Ballet as an apprentice.

In the summer of 2015, Dance Academy student Stephen Marshall got his first taste of the professional ballet world. It had been a hobby for him before then, but after experiencing the intensity and discipline at Ballet Austin’s summer intensive that year, he knew that it was time to take his dancing to the next level.

Since then, in his last two years at Colburn, Stephen has worked tirelessly towards that goal under the direction of former New York City Ballet principals and Colburn Dance heads Jenifer Ringer and James Fayette. His final achievement as a Dance Academy student will be performing on June 2’s Pinnacle before heading off to Raleigh, NC to join the Carolina Ballet’s apprentice program.

Stephen will be performing the “Gold” variation from The Sleeping Beauty’s Jewels Divertissement. The choreography is slow and controlled with a lot of presence, which is the exact opposite of Stephen’s usual style: quick, lively, and expressive. “This is so completely out of my comfort zone,” he said. “I love to do things that require me to figure out the dynamic of the movement and where exactly I get to put fast accents.”

However, working on this piece is a fitting challenge for Stephen to push himself technically. Since it’s a slower work, he’ll have to control his movements to keep them steady. The energy of his motions will have to come from an internal source—his core—rather than externally, from the music or the other dancers.

“The steps are not that difficult in themselves, but what’s difficult is pulling them together,” he explained. “Because they are so simple and elegant, it’s important to show dynamism and strength even in the simplest of steps.”

Mastering a piece outside his comfort zone is another apex of Stephen’s achievements at the Dance Academy. The essence of the piece is showing confidence and strength in every movement, and as Stephen noted, “That’s not something I could do when I came here.” But intense dedication and support from his teachers and peers helped him build that confidence. “My training here has taught me to really be okay with myself and my dancing, and just own it.”

Working on a piece outside his usual style will also prepare Stephen for the next step: entering the professional world. He’ll have to expand his repertoire more and face the realities of the world outside Colburn, which has been incredibly supportive and like a family to him. But it’s all a part of his grand plan to dance professionally in a ballet company.

When he’s not training in the dance studios here, Stephen teaches ballet at a studio on the Westside. He wants to keep teaching and help improve the ballet world. “There are a lot of ways that teachers teach dancers to look at themselves in ways that are not always productive, or not always emotionally stable. That’s something that I feel really strongly about and want to make a change in.”

See Stephen and other Dance Academy students perform on Sunday, June 2. Get your tickets to Pinnacle.